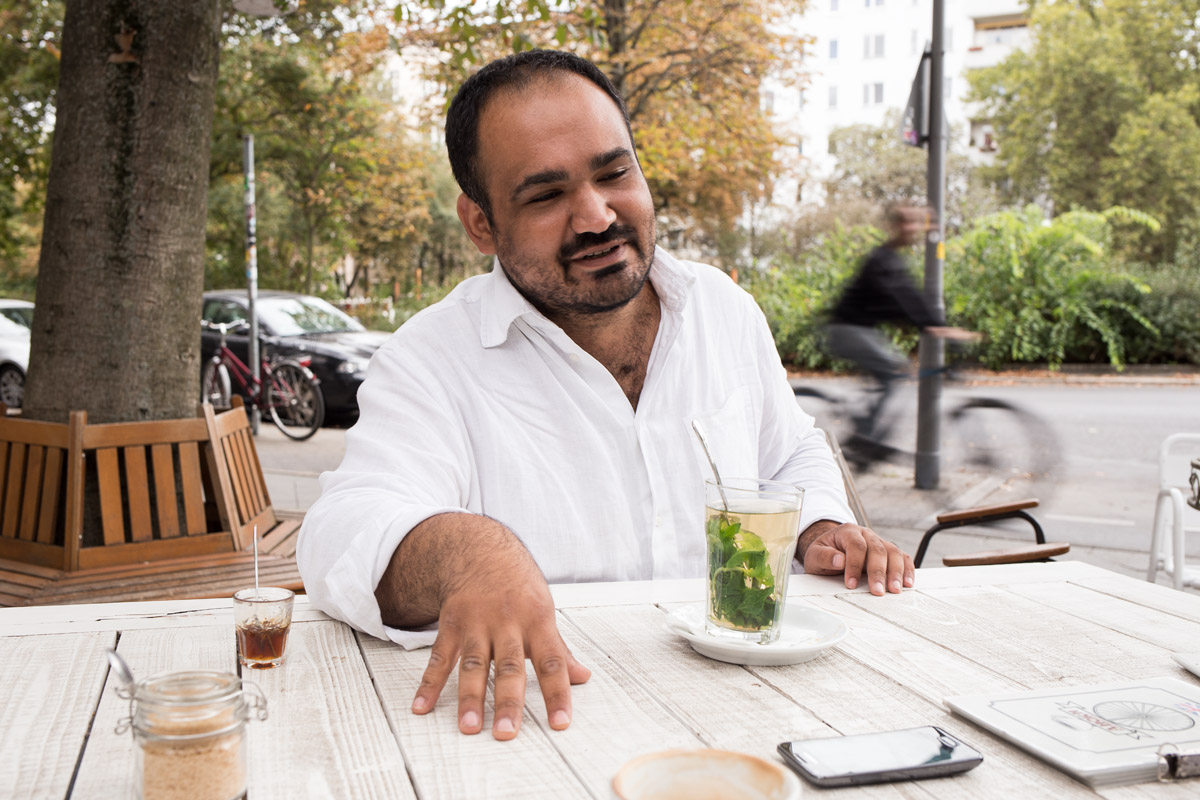 that’s Dinçer’s biography in his 2012 volume of poems, ein glas leben (a glass of life). The poet, actor and former mechanic believes poems are often wrongfully viewed as complicated and old-fashioned. In order to show that »poetry is alive«, he founded Elif Publishing House five years ago. His own poetry volume was the publishing house’s first project; the publisher is located in the city of Nettetal and can now boast of 21 publications. In his interview with renk., Dinçer talks to us about his projects and his excitement for poetry. In your author biography, you describe yourself as a »daft fool« who is always falling on his face. How did you come up with this description?

When I wrote it, my proof-reader had been waiting for my biography. I had been mulling over it for days; in reality, I haven’t accomplished anything in life. These lines repeat what other people think about me. For years, many people have wanted to make me believe that everything I do serves no purpose. To them, it’s insane enough to even write poems. It’s even more insane to found a publishing house that only publishes poems.

What did you do before becoming a publisher?

When I was fifteen, I began an apprenticeship as a cutting machine operator and worked for a year after completing it. Then, with the money I had saved there, I went to Istanbul for two months. That memory is still very present. After the more secure and structured environment I grew up as a guest worker child, and that time in Istanbul showed me how beautiful chaos can be. All of the strange things started then. (laughs)


Afterwards, I worked for thirteen more years as a cutting machine operator. But I was also involved at the theatre at the same time. In the mornings I stood in front of the turning machine and in the evenings I took acting and dramaturgy classes. In 2002, I began applying for roles as an actor. Everything started with small roles, and then in 2010 I started receiving better roles as well. Three years later I was offered the opportunity to lead an amateur ensemble as a dramaturg and director. That’s still how I make my daily bread today. Can you remember the first poems that you wrote?

I started writing poems at the end of the nineties. »Flat paths« was the first poem I wrote in German. Embarrassing! I didn’t want to include it in my volume of poetry, actually, but my editor said the sins of one’s youth are part of it. Before that, I tried to write in Turkish, but it didn’t work so well – somehow there was no ring to it. But today I often still think in Turkish and then write in German.

Where did you get the idea to found your own publishing house?

It’s fun for me to work with the texts of other poets and publish them in a proper form. I enjoy the process of collecting the texts, selecting them and then finding a fitting cover. I myself was the guinea pig for the publishing house. We published my volume of poems first and then saw how the marketing process went. Today, we have 21 published volumes. That’s no small number for a poetry publishing house. People talk about Elif Publishing House now. Of course, that makes me happy. We started as losers, so for us, every small success is a surprise. That is what is so nice about the story.

I can imagine though, that it is not very lucrative…

No, but we don’t run the publishing house for financial reasons, but because we enjoy it. Nowadays, we can at least cover the cost of printing and pay our wonderful graphic designer Ümit Kuzoluk. Basically, everything that happens at the publishing house is personal. We want to make life easier, not complicated. I don’t take all the rules of the literature business so seriously either. Of course, I write bills and emails, communicate with institutions and organize readings, but I simply ignore most of the branch’s provisions. Your program is comprised of regional and international poetry, novices and prize winners. What criteria do you have for choosing the poets you publish?

I read the texts and then go with my gut feeling. It’s important to me that a poet writes the way he lives, that he’s authentic. If I feel that energy, then I have the feeling the author is a good fit for the publishing house. Aside from that, I also publish poetry anthologies. This year another compiled volume, »My thirsty word against fleeting love«, was published. It united fifty poets from throughout the German-speaking world.

You also translate and publish important voices of Turkish contemporary poetry who were rarely or never available in German before, such as Lâle Müldür or İlhan Berk. Do you have a special desire to make these authors accessible in Germany?

Absolutely. When I was fifteen or sixteen years old, I tried to look at the world through these poets – that has an effect. To me, publishing their texts also means being loyal to them. Together with Özlem Özgür Dündar, we started translating from Turkish. It was important to us that the poems also had a strong body or anatomy in German. In the end, we were convinced that we had succeeded and that we could share these texts with German readers. I am very happy that we did it and that the response to these publications has been so positive. The motto of Elif Publishing House is »Poetry is alive!« What fascinates you personally about poetry?

All life is lyrical. You can find a poem on every corner, a contrast to what you are used to. I also believe that poetry is important for self-awareness. It’s like with archaeologists – the more they dig, the more history comes to light. But the beautiful thing about poems is that one thinks about the entire world while writing and not just one’s self.

The world looks so free today, but personally, I feel that everything is becoming more conservative. My devise is to just let things play out and try things, even if you fall on your face. It’s not the end of the world when you embarrass yourself. And poetry is the same. Yes, poetry has it difficult nowadays. People are really afraid of it. But that’s where the roots of literature are. In ancient times, people sung about their worries and joy through poems. I think it is a shame that poetry is no longer on the literature business’ agenda. The bestseller novels are placed in the windows of bookshops – not poetry, because it doesn’t sell as well. But one shouldn’t dismiss this branch as old-fashioned. It’s as Klaus Mann said: »It is our life, it must be sung«.

In an age of continuously faster communication and a larger flood of texts, what value do you think poetry has?

Poetry contains all of the subtleties and trivialities that we often no long want to see. The shades that we can no longer hear amidst all of the bustle, and that we have no more time for. And when one thinks about Brecht, Lorca or Nâzım Hikmet, one realises that poetry isn’t so difficult, after all. Just read it! 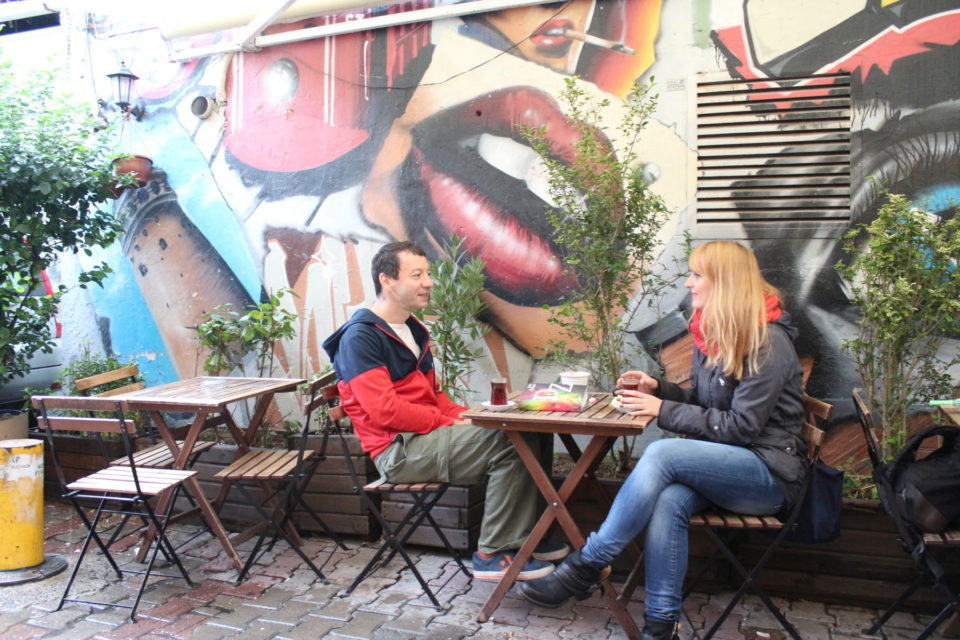 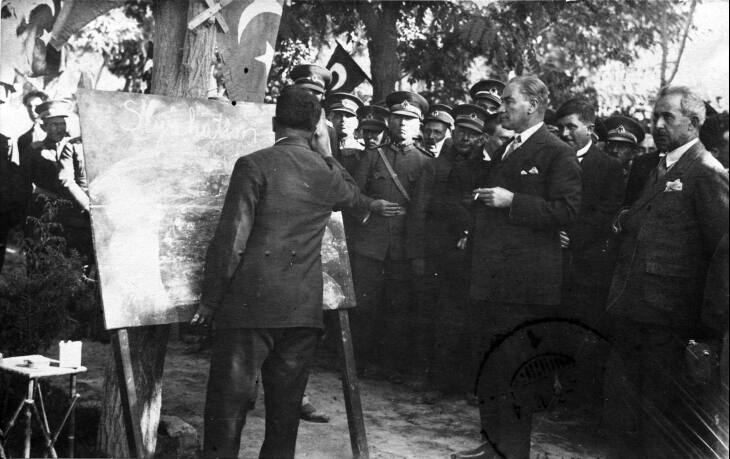 Where did these symbols come from?