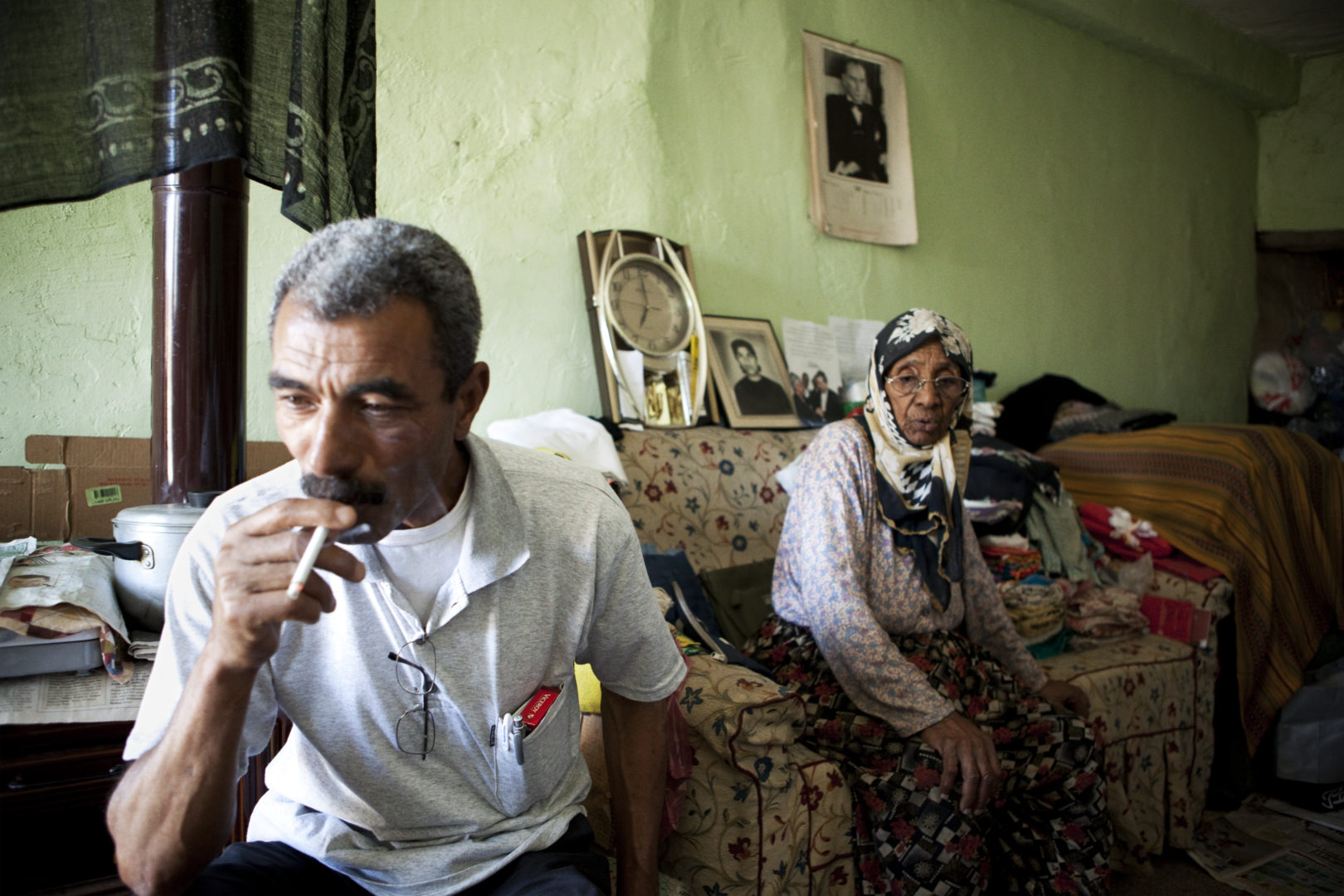 When Barack Obama visited Turkey in April 2009, the association Afrikalılar Kültür ve Dayanışma Derneği (Association for African Culture and Solidarity) approached him with an official request. Representatives of Afro-Turkish people wanted to meet the first black President of the USA personally for a conversation. Obama’s election in November 2008 had been celebrated by the association members. The request for a meeting was never fulfilled, but it still drew attention to what was going on. 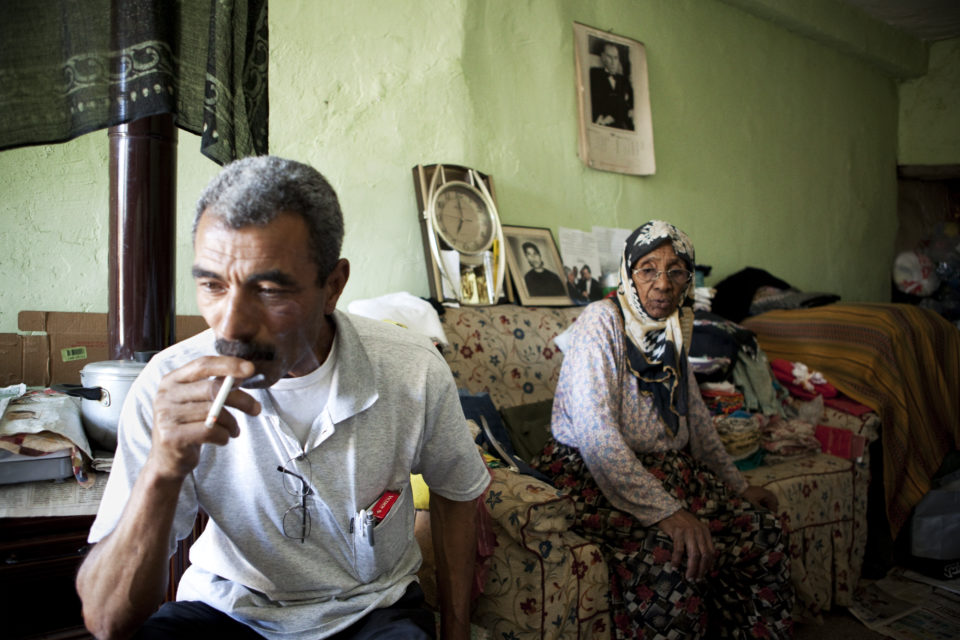 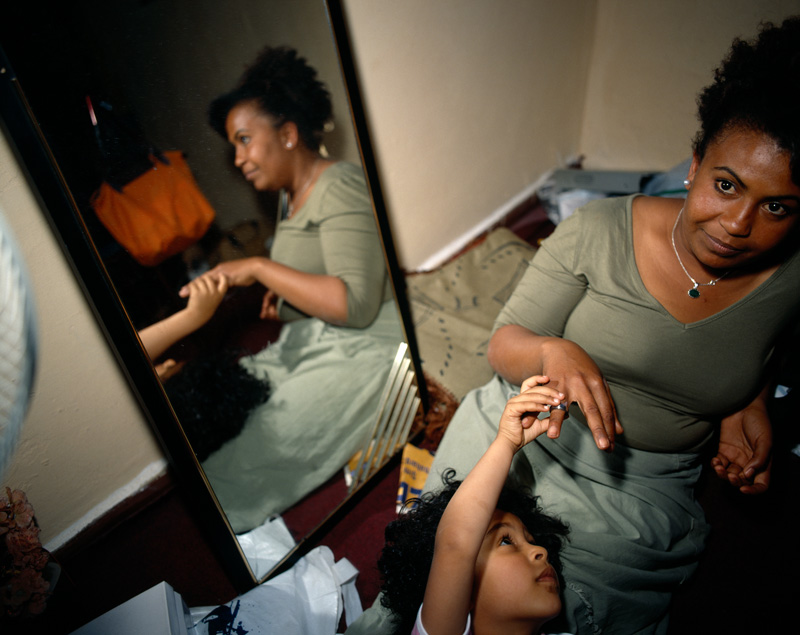 Why? Because the black Turkish minority had hardly spoken publicly for decades, and many people – both inside and outside Turkey – know little about their existence and history. And this is despite the existence of some well-known Afro Turks. For example, Esmeray, who was a successful singer in the 70s. Or Ahmet Ali Çelikten. He was born in Izmir in 1883 as the grandson of a slave taken from Bornu, and in 1916 he was the second black pilot in history. 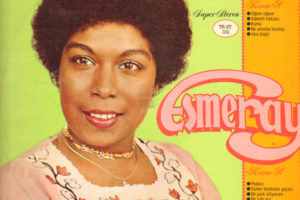 Nevertheless, few people are aware of the existence of a black minority in Turkey or understand why it exists. In order to change this, in 2006 – three years before Obama’s visit – Afrikalılar Kültür ve Dayanışma Derneği was founded by Mustafa Olpak. It was initially based in Ayvalık but after an attack by radical nationalists, the office was relocated to Izmir. Olpak, certainly the best-known contemporary Afro-Turkish representative, died on 3rd October 2016 at the age of 63. At the end of the 19th century, his grandfather was taken from today’s Kenya to Crete, which was then part of the Ottoman Empire, and there he was exploited as a slave. After his release, he settled in Turkey, as did many of his fellow-sufferers. With the establishment of the republic in 1923 former slaves were afforded Turkish citizenship.

There are differing opinions on the number of descendants living in Turkey today, estimates ranging from 5,000 to 200,000. The fact is that many Afro Turks have been living particularly on the Turkish west coast for generations. Ayşegül Kayagil is a PhD student at the New School for Social Research in New York, and is currently investigating the current life situation of Afro Turkish people and how they negotiate their identity. She explains that there are no reliable figures on how many black Turks there are, since this is not taken into account in censuses. 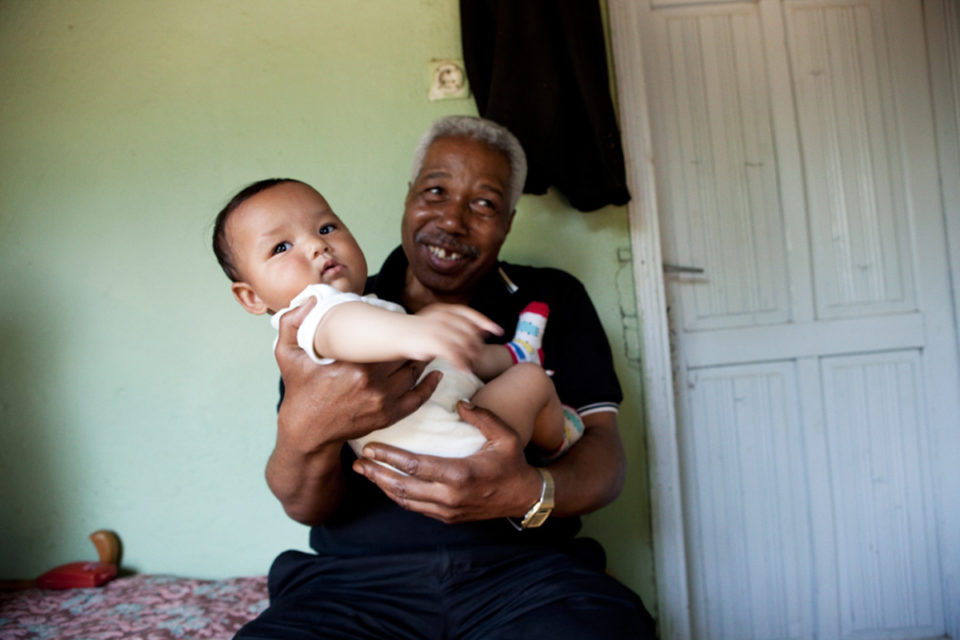 “I am Mustafa Olpak. I am the third generation.”

Olpak published a book about the history of his family by the name “Kenya-Girit-İndan: Köle Kıyısından İnsan Biyografileri” (“Kenya-Crete-Istanbul: Biographies of the Coastal Slave”). Based on the book, the TV channel TRT produced the film “Arap Kızı Camdan Bakıyor” (English title “Baa Baa Black Girl”), which was shown at the Zanzibar International Film Festival in 2007. In the years before his death, Olpak, who was a learned stonemason, worked together with various scientific institutions to promote the history of black people in Turkey – and to conduct further research.

“The first generation experiences, the second denies and the third explores”

Many Afro Turks know little about the origins of their ancestors. They speak Turkish, and the Afro Turkish minority is considered assimilated. Olpak’s book begins with the words: “Birinci kuşak yaşar, İkinci kuşak reddeder, Üçüncü kuşak araştırır … Ben Mustafa Olpak. Ailemin üçüncü kuşagıyım. Benim dedem, ninem bir köleydi.”” (“The first generation experiences, the second denies and the third explores… I am Mustafa Olpak. I am the third generation. My grandfather and my grandmother were slaves.”

In addition to researching origins, the association is concerned with recognition. Olpak and his colleagues have always stressed that Turkey is their home. But in Turkish society, where “white” is the norm, black people and people of colour are often classified as “foreign” or “non-Turkish”. Şakir Doğuluer – the new president of Afrikalılar Kültür ve Dayanışma Derneği following the death of Mustafa Olpak’s – describes this whilst in conversation with the newspaper Die Welt in the following way: “Most people don’t know that there are Turks of African descent living in Turkey. As a result, in cities we are treated as foreigners. We experience these difficulties every day.”

“There is little willingness to talk about the history of slavery. Let alone when it comes to the Ottoman Empire”

The volume of photographs: “Afro Turks”

One person who worked with Olpak in his last years of life is the Dutch-Turkish photographer Ahmet Polat. With the help of others the volume of photographs “Afro Turks” appeared in 2010. When talking about this piece of work Polat says that he wanted to bring knowledge about the existence of the black minority in Turkey into the mainstream. Today he is disillusioned. “There is little willingness to talk about the history of slavery, let alone when it comes to the Ottoman Empire,” he says. And so the history of the Afro Turks remains trapped in a blind spot. 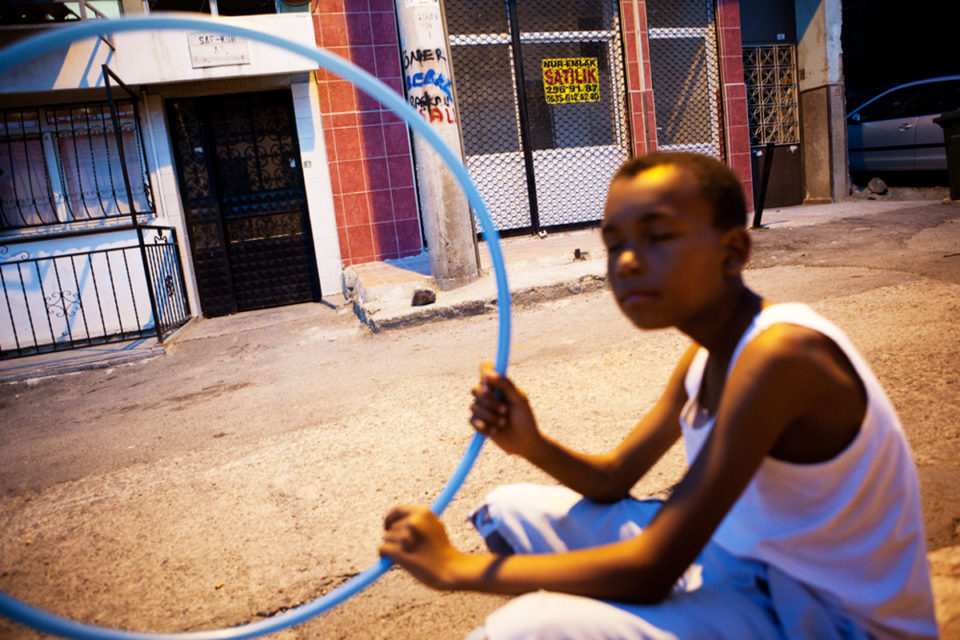 The history of the Ottoman Empire, and therefore of Turkey, can hardly be understood without taking slavery into account. Slavery existed for centuries in the Ottoman Empire. However, until the 19th century, the slave trade mainly involved people from Caucasia and the Balkans. In the middle of the 19th century, the Ottoman Empire was forced to outlaw this form of slavery. This resulted in an increase in trade of people from Africa. According to historians, 10,000 people were deported each year between 1860 and 1890, mainly from the areas of today’s Kenya, Somalia and Sudan.

Ayşegül Kayagil says that for a long time Afro Turks were barely acknowledged by the Turkish public and when they were they would portray them using clichés like “nice and exotic”. But in the past few years something had shifted. According to Kayagil, an Afro Turkish identity had begun to develop. This also includes the establishment of the self-imposed term “Afro-Türkler” (“Afro Turk”) as an alternative to the previously used term “Arap” (“Arab”).

According to Kayagil, part of this development has been that since 2006 the spring festival Dana Bayramı (calf festival) has started to be celebrated again. This tradition had been nurtured until the 1950s, after which it had been forgotten. While in Ottoman times it involved an animal sacrifice to Dana Bayramı, today the event is a bloodless affair. Here, Afro Turks and others come together to celebrate together for three days. In the past few years there has been live music, panel discussions, joint dance and a picnic.

Şakir Doğuluer and the members of the association are about to start preparing for the eleventh calf festival, which is to take place in Izmir from 12th to 14th May. 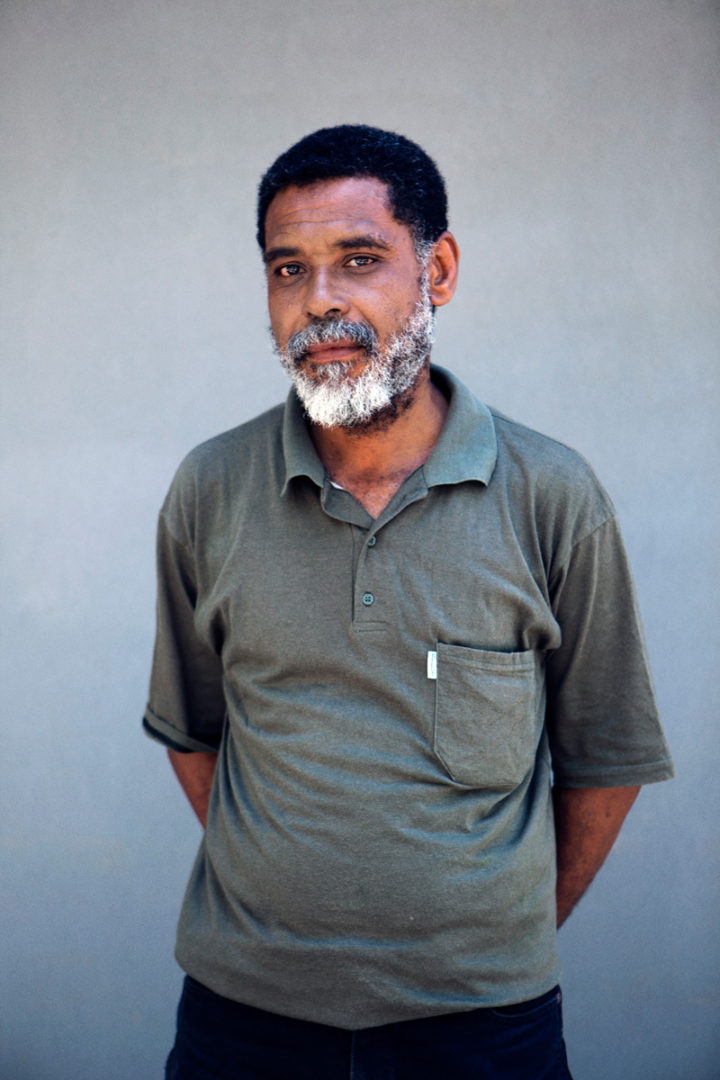 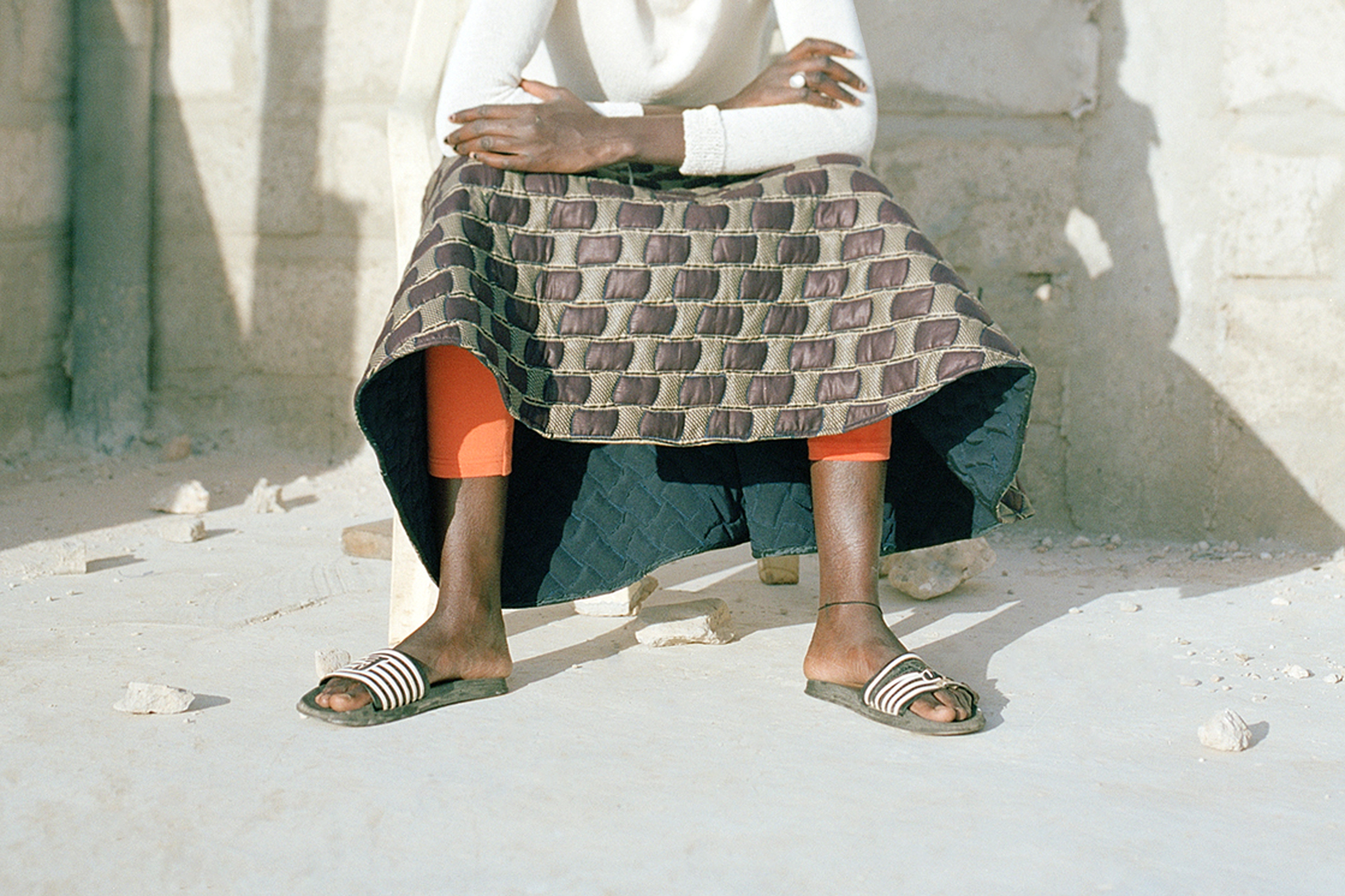 Aunt Hatice or the Art of Making Decisions