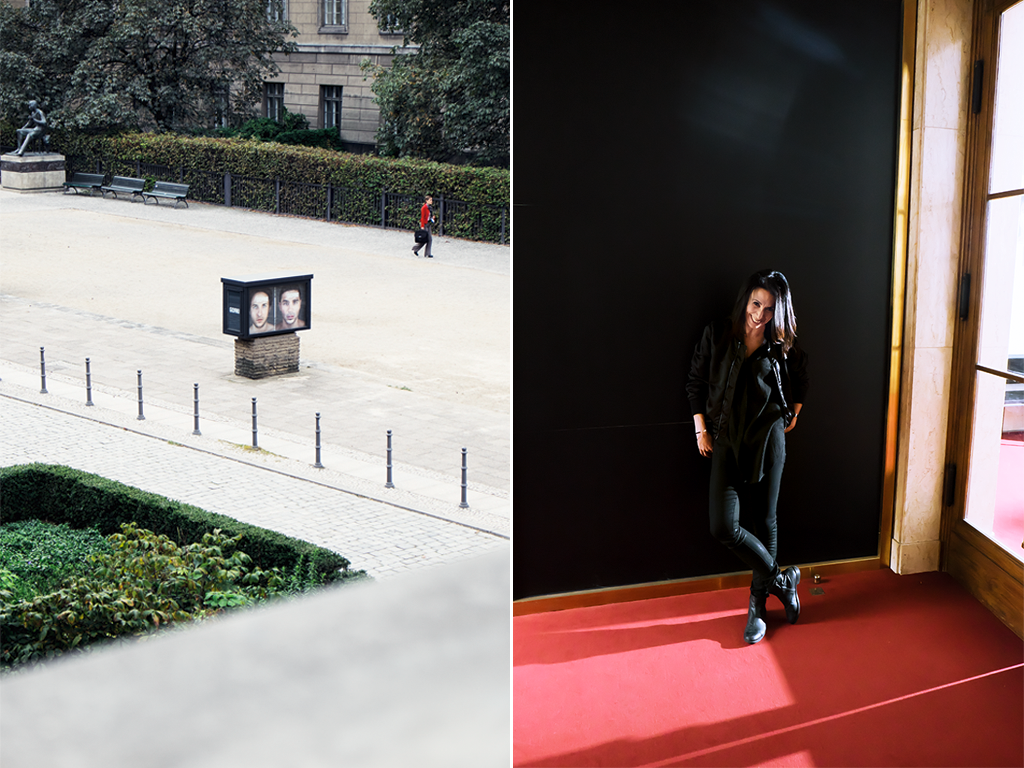 When Shermin enters the room wearing her black bomber jacket, you can feel the rebellious energy she tackles her jam-packed days with. She has worked in the publishing, film and TV industries, founded an Off-Theatre and coined her own term: »post-migrant theatre«. Since 2013 she has been the head of Berlin’s smallest state theatre: The Gorki. We interviewed her about her work and about art that sets out to make a difference. Shermin, a year ago you were celebrated as the first artistic director with an immigration background at a Berlin state theatre. Productions under your leadership are routinely interpreted in the light of your personal story as an immigrant. Do you find that annoying?

Not at all. I clearly applied this image myself, on the outside and the inside. I am one of the second generation »Abitürken« (slang for people from Turkish immigrant families that graduated from German secondary school with A-levels – ed.). The few of us that made it into the art and culture industry were constantly paranoid about mentioning that they are Turks. They always added: »But I’ve got Abitur (German A-levels – ed.) and come from a family that is not at all like the others.« I never had any interest in differentiating myself from those that are coming here from Anatolia. My strategy has always been different.

What is your strategy?

I pursue an empowerment strategy of annexation: You want to make me a Turk? I’m much better at it than you are! I understand the heterogeneity of the Turk much better than you do. If somebody has to come up with a definition of me, that person should be me. I seize this hegemony and re-apply it subversively, in a post-migrant and provocative way.

Subversive and post-migrant – Words from your time at the Ballhaus Naunystraße. What interests you in theatre as a form of art so much?

It’s the stories that interest me. It’s stories that make history and that construct identities. Instead of stories you could also say narratives. I’m not only interested in the narratives that originated 3000 years ago, but also in the ones that »immigrated« over the past 100 years – and above all in their complexity and heterogeneity. The theatre is a very special emotional and political space of opportunity in which one analogously encounters emotions, people and, of course, stories. This is especially valid today in our overly digitised world and its unfathomable complexity. Before I made the decision to go work in the theatre, I asked myself: Where are the mediums, where are the spaces in which stories are passed on, meaning where does the transfer of knowledge and creation of opinions take place?

»In education as well in theatre, we have somewhat regressed!«

So you want to use theatre to influence the vanguard of our society?

It is about opening up. Theatre was traditionally a medium of the bourgeoisie. Germany after the war and theatre after the war both attempted to open up and be accessible to everyone. They did not exactly succeed. It much rather turned into the opposite: In education as well as in theatre we have somewhat regressed, if you look at the participation of the general public. Today much fewer people come to the theatre and they aren’t as socially mixed as they were only 30 years ago. I want to force this to open up. All the while keeping in mind my understanding of art as the practice of social change.

There is no one social change. There is an insane amount of aspects that would be worth changing. Basically, I am about achieving a better distribution of resources in the city, the country and the world I live in. And I am about raising awareness for societal processes. What does that mean specifically?

For example, the culture of remembrance in our country. Germany reflects on and processes its Nazi history, yet it closes its eyes when the crimes of the NSU (National Socialist Underground – a far-right terrorist group that made headlines with racially motivated murders in 2011 – ed.) are investigated. Something is covered up and that doesn’t fit with the Federal Republic, which is based on a democratic constitution. I find this horrifying. Especially if you contrast this with the experiences made in not so distant history that show monoculturalism is the worst thing that can be done.

Are you trying to implement your struggle for societal change within your work here at the theatre?

I do not have a political agenda that I am go out and make stage productions with. It is the concept of this house to be interested in and work with the city and its conflicts. The Gorki is a theatre that wants to have a voice in the political debate. We especially work with artists who aim to have an impact that goes beyond their artistic work.

Like the artists from the Centre for Political Beauty…

Yes, the performance »Fall of the European Wall« raised awareness for the catastrophic situation of the people affected by being refugees on the outer borders of the EU. On top of this, it did this at a point in time when trite memorial speeches about the fall of the Berlin Wall were being held all over the city. The mayor, for example, spoke about how no one in the world should accept having to put up with a wall. The artists of the Centre for Political Beauty took him up on that thought and travelled to the borders to tear down the newer walls in Europe. The heated debate about their stunt shows that their work set off an enormous thinking process.

We understand theatre as an identification machine. This means that there are protagonists and stories with which one is able to identify. We do not only have directors with whom we will be able to represent different styles, we also offer very diverse opportunities for identification with our various projects.
A play like »Small Town Boy« for example draws theatre sophisticates with a popular director like Falk Richter. Yet the play also contains topics like being a homosexual, outing yourself as a homosexual, and moving to a metropolis. This attracts students and Berlin’s LGBTT community. And suddenly you get this multiplication of variety. In »Small Town Boy« there is furthermore a political monologue, that critically reflects on the current homophobic sentiments that can be observed in Russia. A full recitation of this monologue was given during a protest of »Enough is Enough« (an anti-fascist and anti-racist magazine based in Northern Germany – ed.). There theatre penetrated reality and respectively reality permeates theatre. 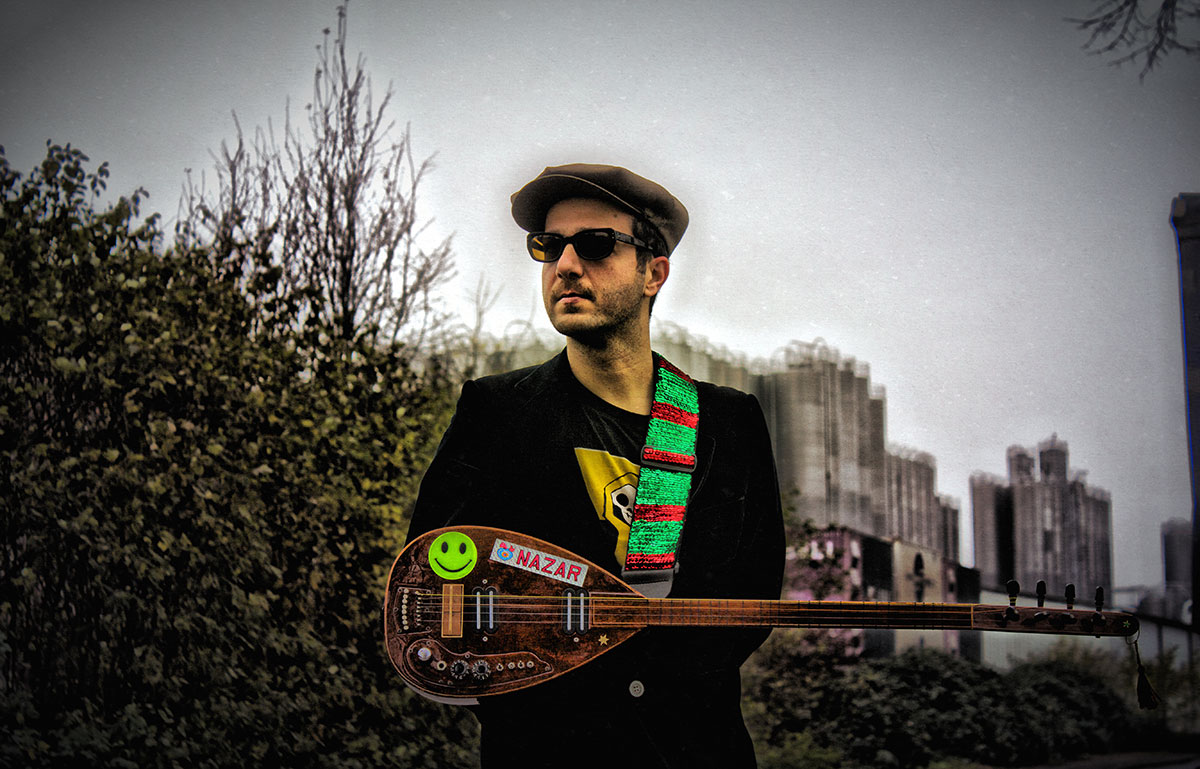