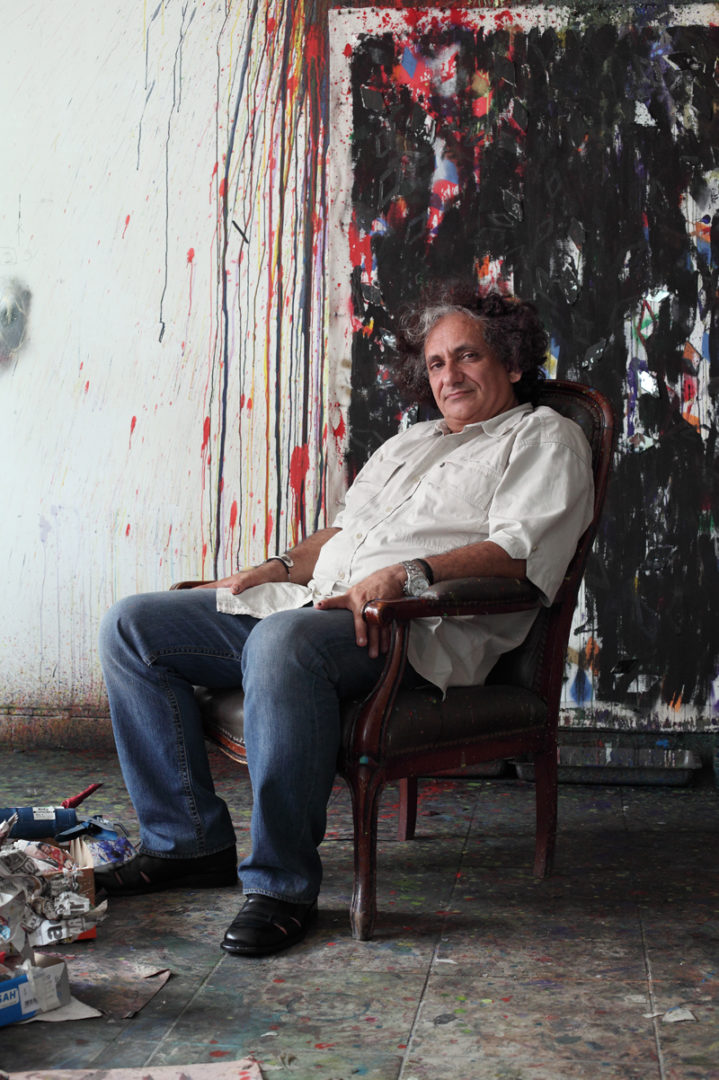 A little while back we introduced photographer Lars Kreyßig from Cologne and his illustrated book »Positions«. In our interview, he talked to us about his personal career and how the photo project came into being. In »Positions« – Part 1, the first four artists, from Nuri Bilge Ceylan to Şükran Moral, are on display. In the second part, six more of the most important contemporary artists of Turkey follow.

There were many hot days in Istanbul, but the day I was supposed to photograph artist Bedri Baykam was the hottest. Even worse: Shortly before meeting, a rain storm pelted the metropolis and turned it into a sauna. Unperturbed, Baykam welcomed us in his studio, which was directly under the roof – it was incredibly warm. The artist comes across relaxed and unperturbed. You could tell that the camera didn’t bother him, so I was able to photograph him in peace. I liked the contrast between the black painting on the wall and his light-coloured shirt. I also liked his very large, heavy wristwatch. As we left, he pressed his novel »The Bone« in my assistant’s hand. »Read it. This book will change your life«, he promised. Artist Bedri Baykam (born in 1957 in Ankara) studied Economics at Sorbonne in Paris and later Painting and Film at the California College of the Arts in Oakland. He is considered one of the pioneers of neo-expressionism in Turkey and works with diverse media, such as painting, multimedia and photo-painting. Aside from that, he is an author with over 20 publications, a columnist for the daily »Cumhuriyet« and a political activist.

I had never taken a portrait of another photographer, and then of all people, it’s the most famous photographer of Turkey, Ara Güler, I’m setting my tripod up in front of – a living legend! He sat at his desk, just like the countless portraits of him that already exist, and showed me the size of the picture detail. I followed his directions. Beforehand I had asked him to sit on a stool in front of his shots of Pablo Picasso and Salvador Dali. Güler grudgingly consented. Afterwards he wanted me to show him the photo. Of course he was critical, and revealed that he shoots with the same camera. 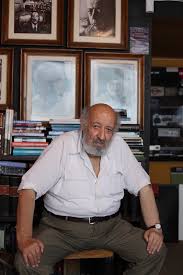 Ara Güler (born in 1928 in Istanbul) began his career as a photo journalist as the newspaper »Yeni Istanbul«. He then worked for the magazines Time-Life, Paris Match and Stern. He became a member of the Magnum photo agency through an acquaintanceship with Henri Cartier-Bresson.  In 1968, MoMA New York chose him as one of the »Ten Masters of Photography«, in 1999 he was honoured as the »Photographer of the Century« in Turkey. More than anything, Güler is famous for his atmospheric shots of Istanbul in the 50s and 60s.

I have to admit that the meeting with Şebnem İşigüzel was a blessing after all of the great, powerful men I had photographed for the book. There were a few women who had been chosen for the project, nevertheless, there are considerably more men. I can’t remember anymore why she chose to lean against the door frame. Perhaps it was my idea. I liked her pose so much that I chose this picture for the poster of my later exhibition. It shows that Turkish art can also be created by young women. That emboldens the next generation, I hope. Şebnem İşigüzel (born in 1973 in Yalova) wrote her first collection of short stories »Hanene Ay Doğacak« (The Moon Will Rise Over Your House), for which she received the esteemed Yuni Nadi award for short stories, when she was just 17. Since then, the anthropologist has published two further collections of short stories, four novels and a children’s book. Her novel »Çöplük« (2004) was published in 2008 as »Am Rand« in German.

Like most of the artists shown in the book, Yeşim Ustaoğlu also lives in Istanbul’s artistic district of Cihangir. In her dark apartment, there was barely place for me and the camera. She let me take a few test shots, waiting patiently in her seat in front of her desk. You can tell that she prefers observing the on-goings from behind the camera. After I found the correct shot, she didn’t move and waited patiently until I was finished. It was only later that I noticed the many small utensils that were hiding themselves around her in the bookcases. Filmmaker Yeşim Ustaoğlu (born in 1960 in the province of Kars) grew up in Trabzon on the Black Sea. Following her architecture degree in Istanbul, she worked as an architect and journalist, led video workshops and shot multiple successful short films. Her films, including »Güneşe Yolculuk« (Journey to the Sun, 1999) and »Pandoranin kutusu« (Pandora’s Box, 2008), have won awards at multiple film festivals (including Berlin, Sundance and San Sebastián).

Mario Levi is a polite and endearing man. His flat was in the fifth floor of an old block of flats on the Asian side. If you are courageous enough to go out onto the balcony and lean over a little bit, you can see the Bosphorus. We spoke for a long while before I photographed him. I wanted to take the portrait in the hallway of his flat, in the middle of all of the books. I think the image shows how comfortable Levi feels next to so many great literary figures. It was a conscious choice to leave so much space over his head so that the bookshelves seem gigantic. Writer Mario Levi (born in 1957 in Istanbul) deals with the the sense of life of non-Muslim minorities in Turkey in his stories and novels. Levi, who had studied Romance languages, wrote for many years for various newspapers before he received the Haldun Taner Award for short stories. Five more novels have followed since then. For »İstanbul Bir Masaldı« (Istanbul was a Fairy Tale, 1999) he received the prestigious Yunus Nadi Literature Award. The latest to appear in German was in 2011: »Wo wart ihr, als die Finsternis einbrach«.

When we exited the taxi and met film critic Engin Ertan at a huge shopping centre, I never would have imagined that film director Reha Erdem lived in such a greed and wonderfully calm district. The traffic chaos at the intersection next to the temple of consumption was too overwhelming. Yet just a few hundred metres further, one-family homes suddenly appear next to deciduous trees, a rare blessing in the city. I wanted to capture the calmness and light in the photo as well, so I asked Reha Erdem to sit near the window. The poster in the background displays one of his latest films. Reha Erdem (born in 1960 in Istanbul) studied History at Bosphorus University and then Film and Visual Arts at the University of Paris VIII. After his feature film debut »A Ay« (Oh, Moon, 1988), he shot commercials for a long time before returning to the theatre. He was honoured by critics and at festivals for his experimental narrative style in films such as »Korkuyorum Anne« (Mom, I’m Scared, 2004) and »Kosmos« (Cosmos, 2010). 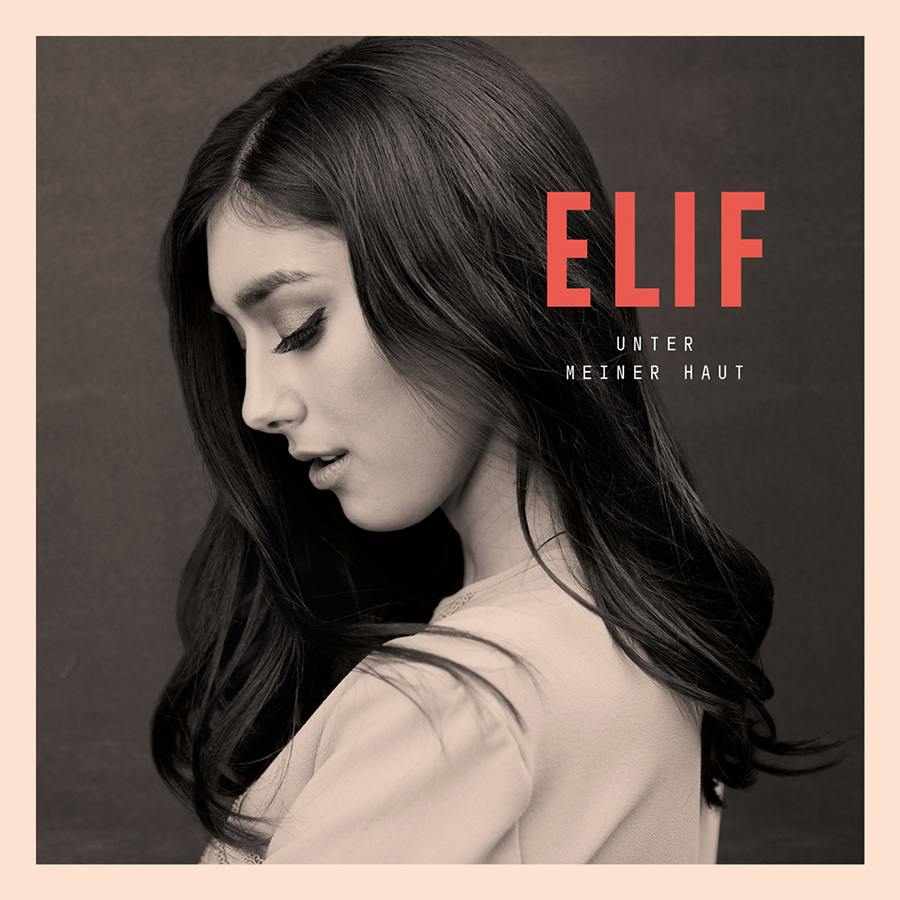