Fancy a burger? Selim Varol, owner of What’s Beef?!, is bringing his successful Burger restaurant to Cologne. The special thing about his concept is that his customers not only get to enjoy the taste of lovingly created burgers, but also get to look at his extensive art gallery. renk. met the innovative entrepreneur in his stylish shop selling homemade soda and burgers. 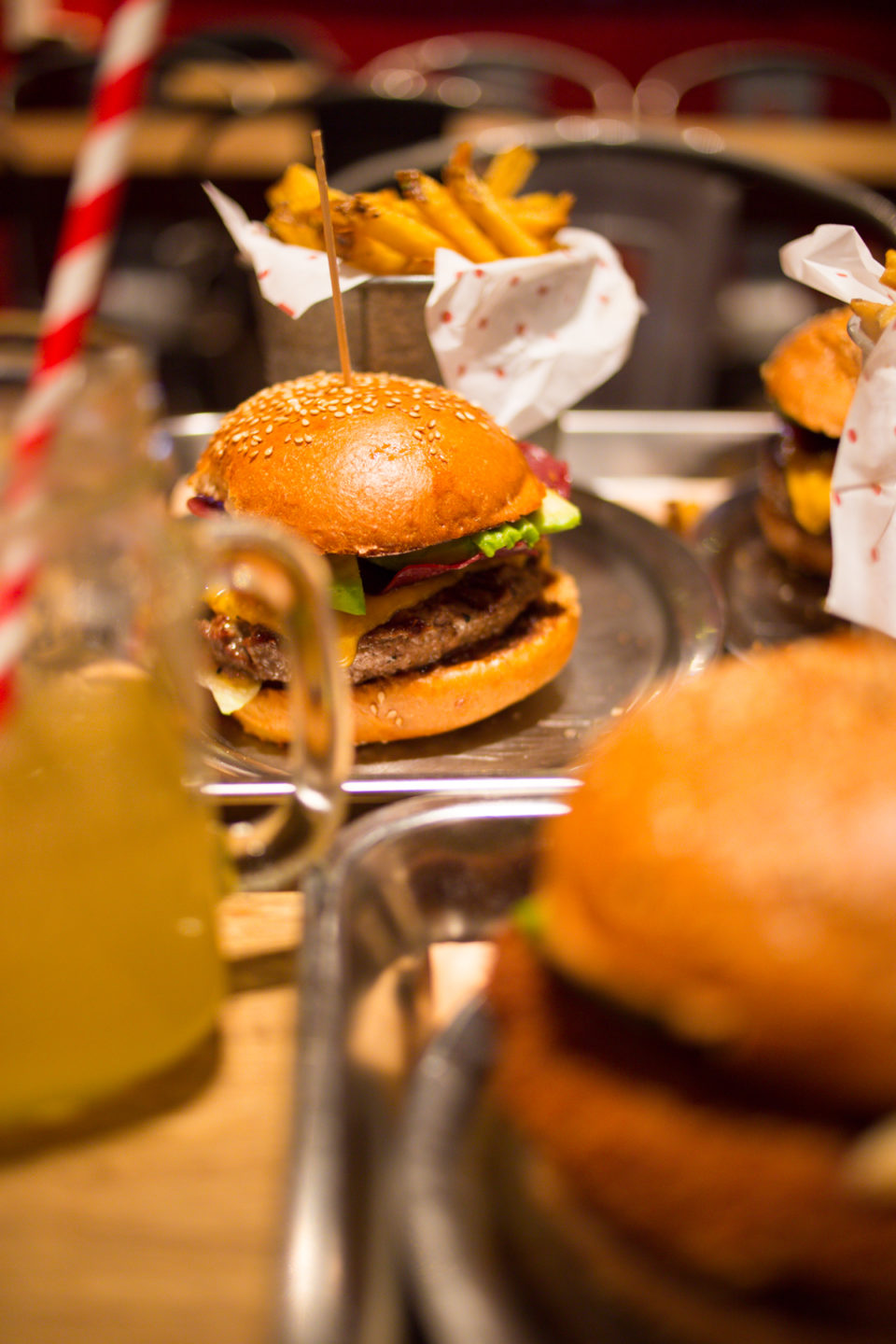 Selim came to Germany at the ago of two as the son of guest workers. The now 45-year-old still holds Turkish citizenship and has even completed his military service in Turkey. He gets his entrepreneurial spirit from his father, who didn’t remain a guest worker for long. The longing for his homeland had to be quenched. So Selim’s father very quickly built up his own business and brought his beloved Turkish VHS movies to Germany. 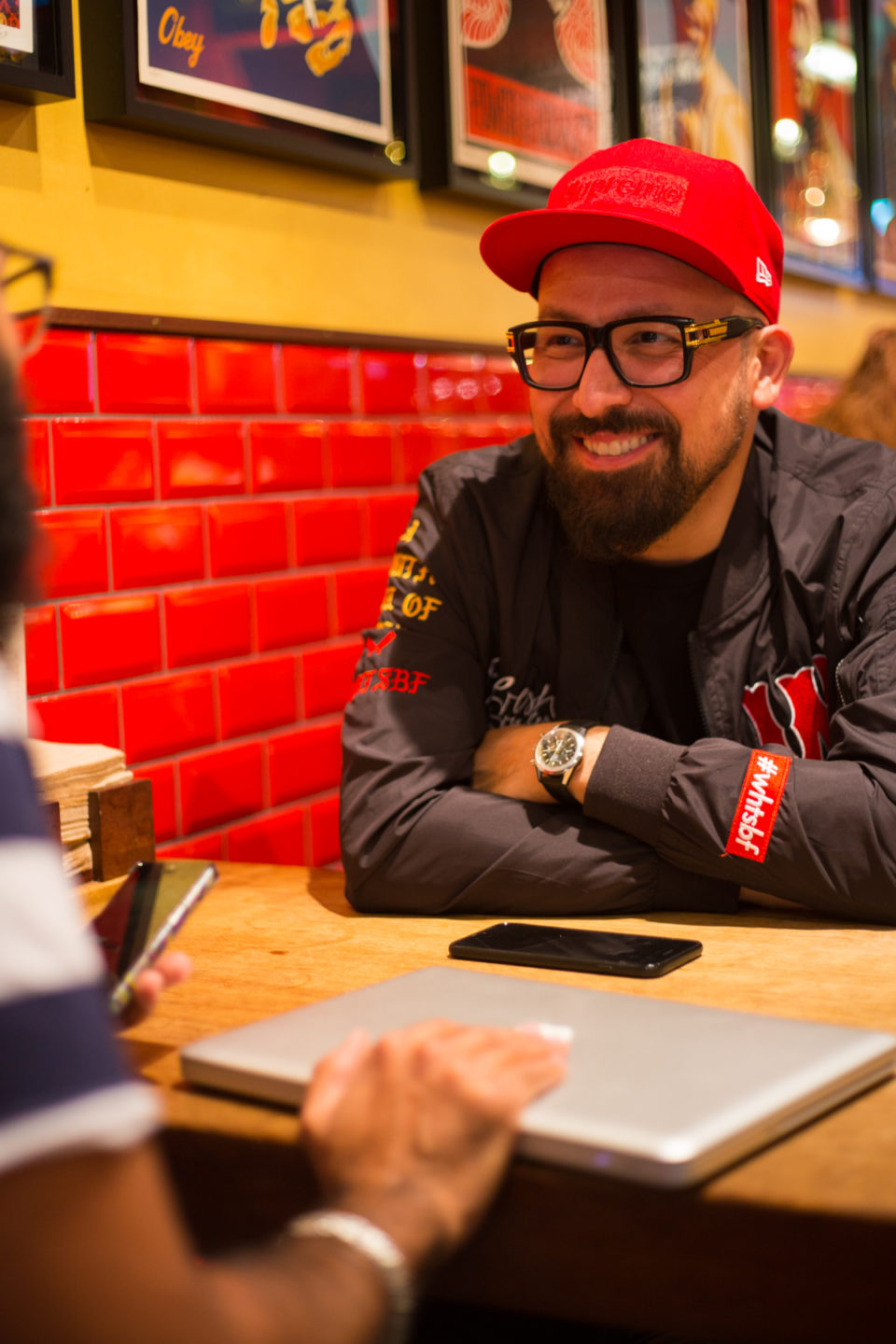 To the question: “Nerelisin?” (Where do you come from?) Selim responds with a smile on his face “İzmir’liyim” (I come from Izmir). His smile reveals a strong bond with his place of origin. 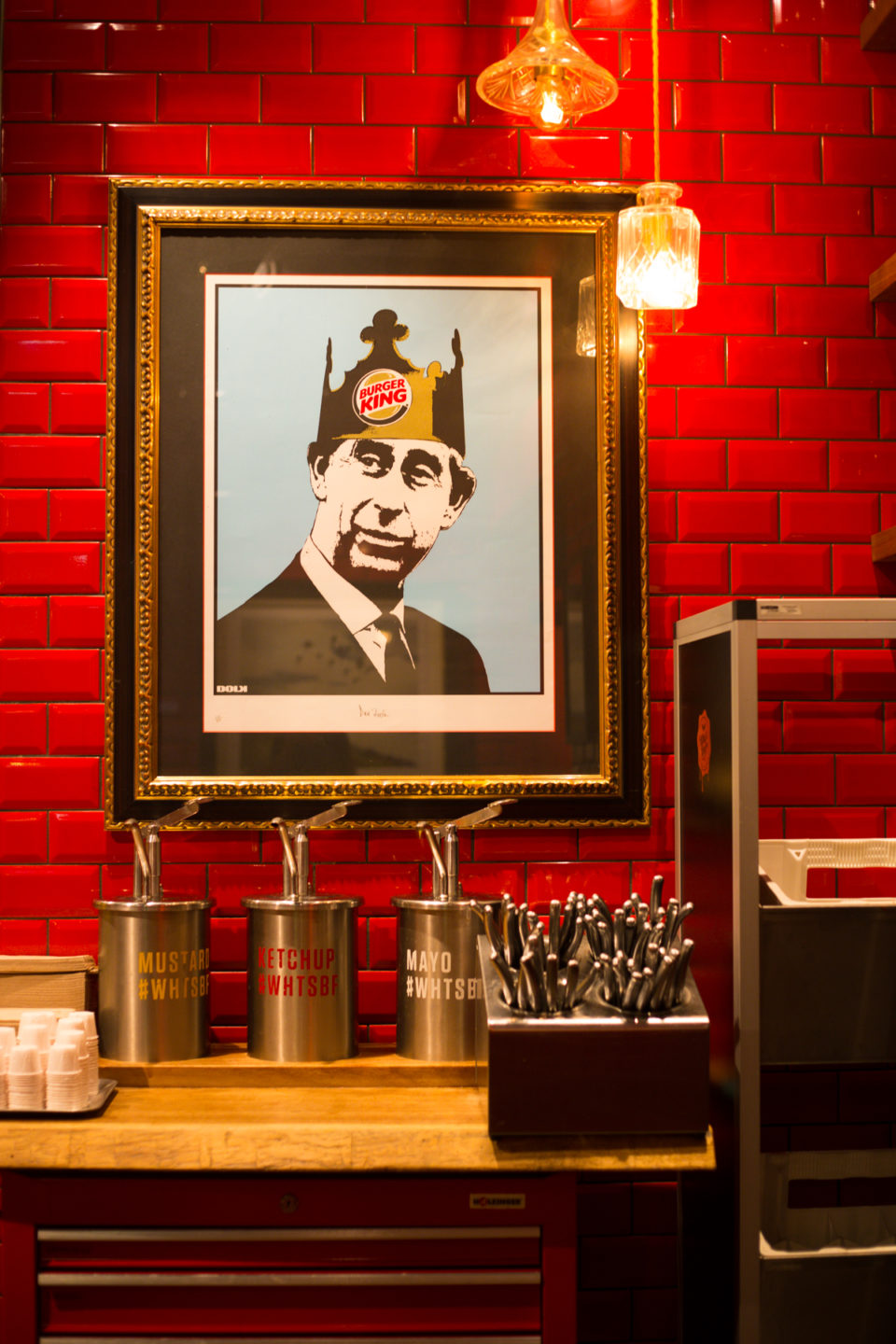 Selim Varol designed and conceptualized his shops according to this guiding principle. If you enter the restaurant, you might also ask: What’s Red? Countless, custom-made, red-shining tiles line every wall and are reminiscent of the New York subway or the burger joints there. Gold and black shades complete the colour concept. In addition to the scientific fact that the colour red stimulates one’s appetite, the concept is also associated with the colours of the German flag. High-quality wooden tables with metal stools lend a necessary simplicity to the elegant, well thought-out design. 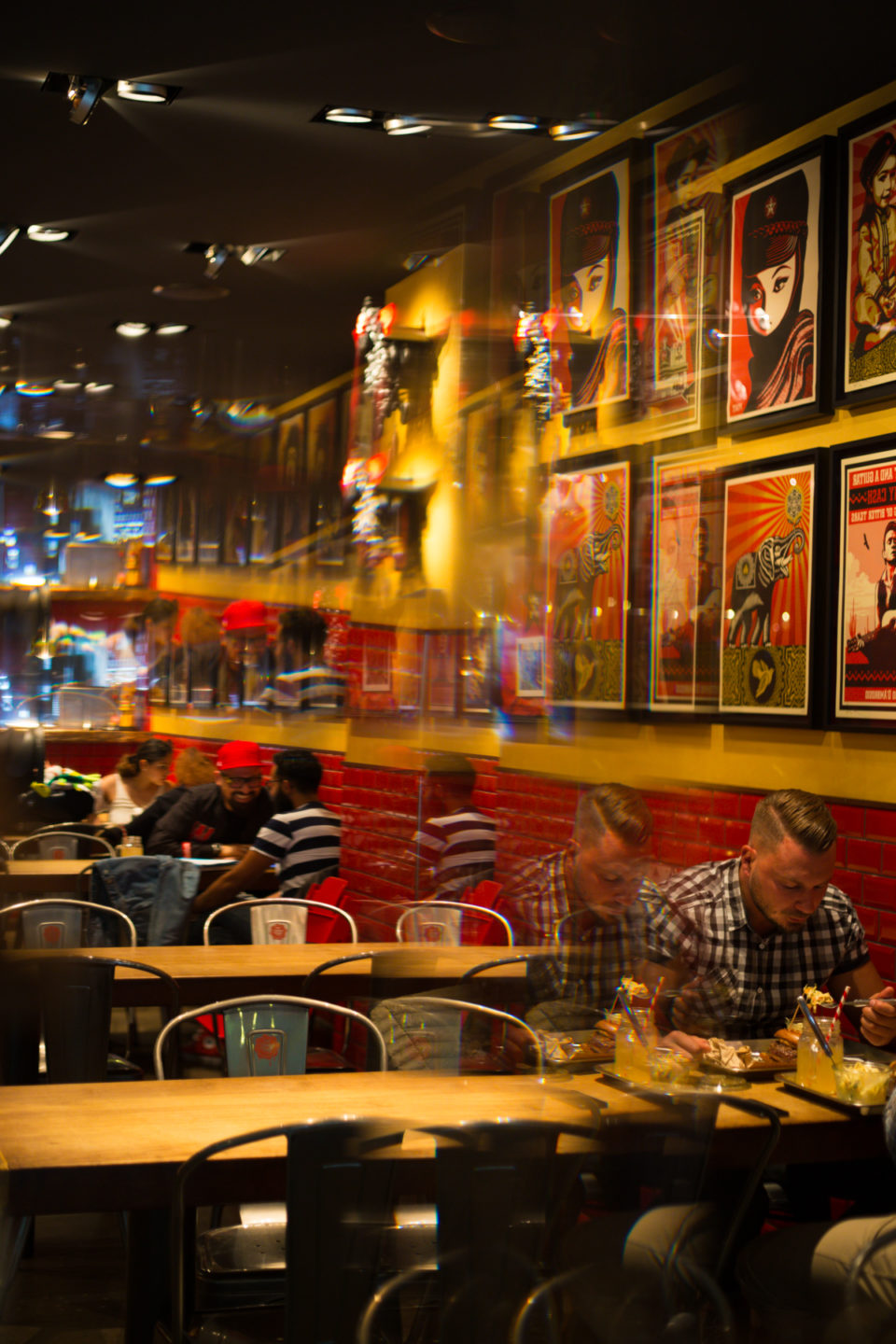 The use of colour in the restaurant provides a fitting setting for Selim’s private art collection. Wherever you look in the burger shop, the art is everywhere and immediately invites you to take a look round. So it rings true when Selim says: “My shops are like little museums – with no entrance fee”. The works in Selims burger shop are mainly by the American contemporary street artist Shepard Fairey. 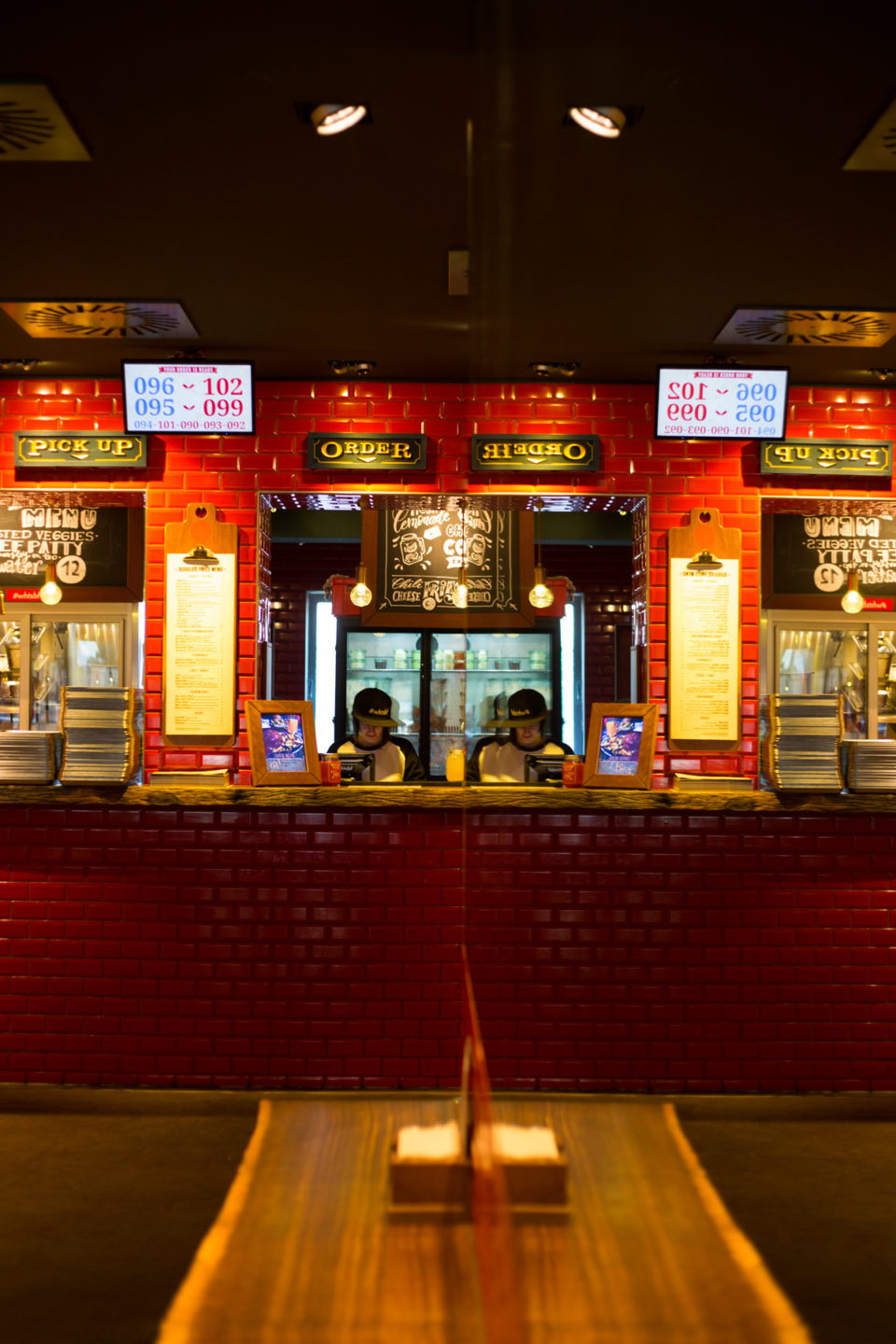 “For the sake of the shop you have to transport things that others don’t have. “

Inspired by the song title of the late American rapper Notorious B.I.G., Selim called his shop What’s Beef?!. But what’s more, Selim is always commited to dealing with the question of what makes good meat: “Good meat is sustainable, without any genetic engineering, it’s regional and freshly minced,” says Selim. 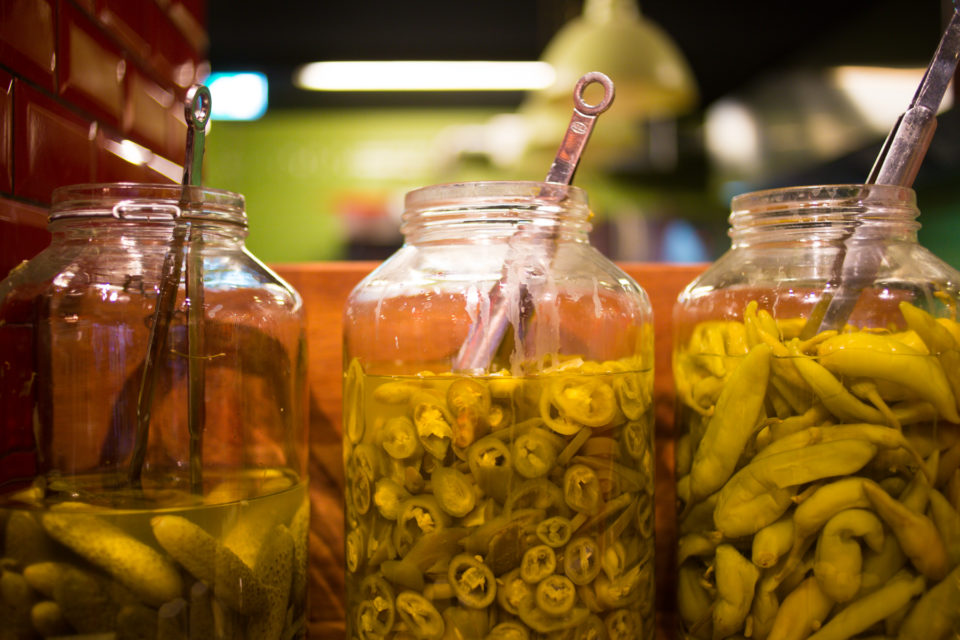 Apart from his role selling burgers, Selim also feels an obligation to educate society about their meat consumption. Selim’s invitation to eat less meat seems very paradoxical at first. But the idea behind this is to encourage people to act more consciously and to only consume sustainable meat. Selim foresees an increase in vegetarians and a trend towards the “Impossible Burger”. The “Impossible Burger” is a burger consisting just of vegetables but contains all the characteristics of real meat (appearance, smell, taste and juiciness) and was recently developed by a start-up company in the USA. 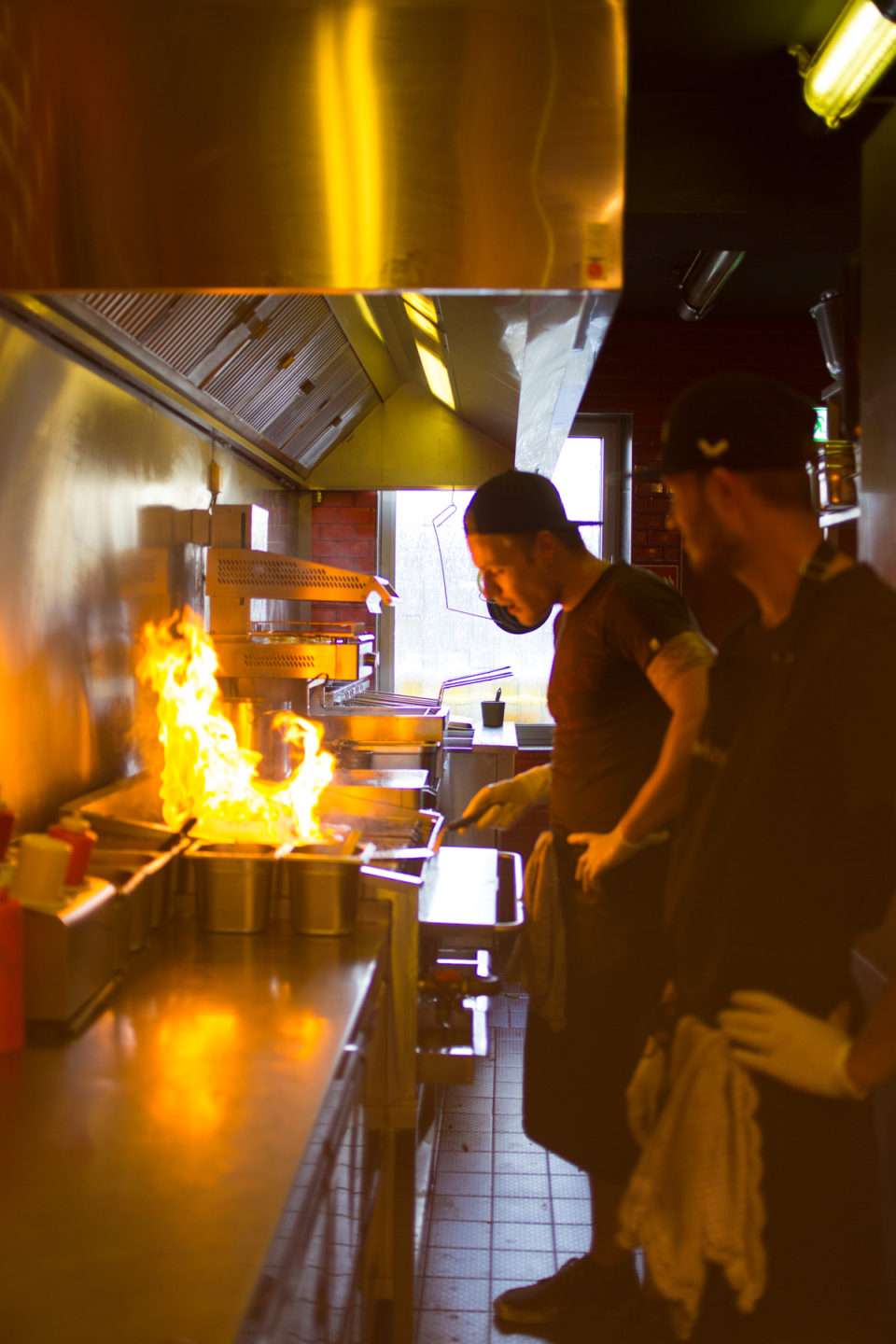 Selim has always been a huge burger fan. As a child, he would nag his parents until they would drive him to the very first McDonald’s restaurant in North Rhine-Westphalia in Cologne. During his travels ,Selim noticed that many tourists often ordered burgers or club sandwiches. This realization led Selim to open a burger shop in Germany. 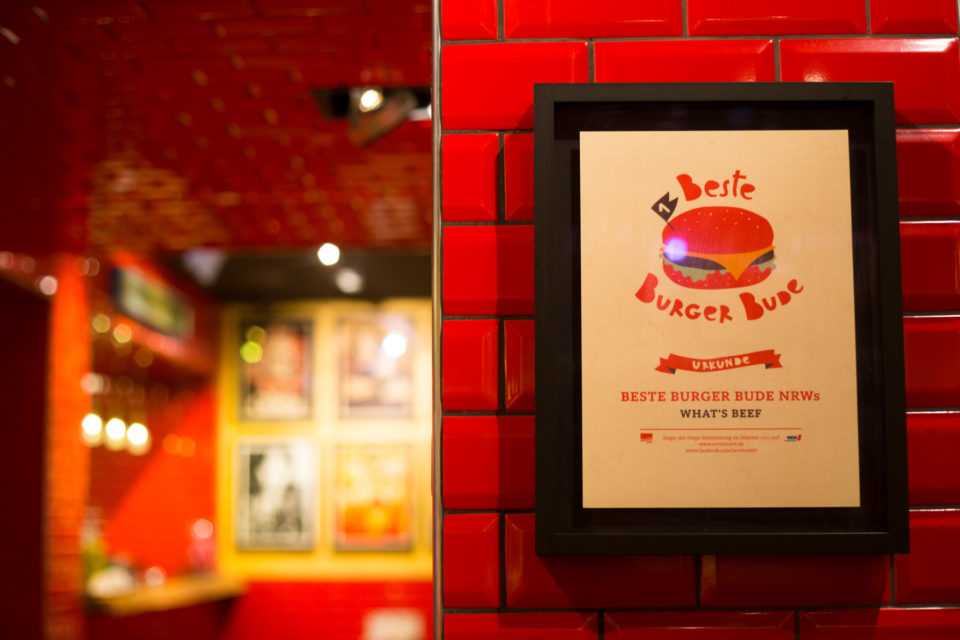 The burger should not be 0-8-15. In his search for the perfect burger, Selim has travelled extensively and has, according to his own data, tried over 150 burgers around the world. His persistent search for the perfect burger should be rewarded. In a vote of the WDR in 2015 What’s Beef?! was voted the best burger place in NRW, not least because Selim is also meticulous about cleanliness. 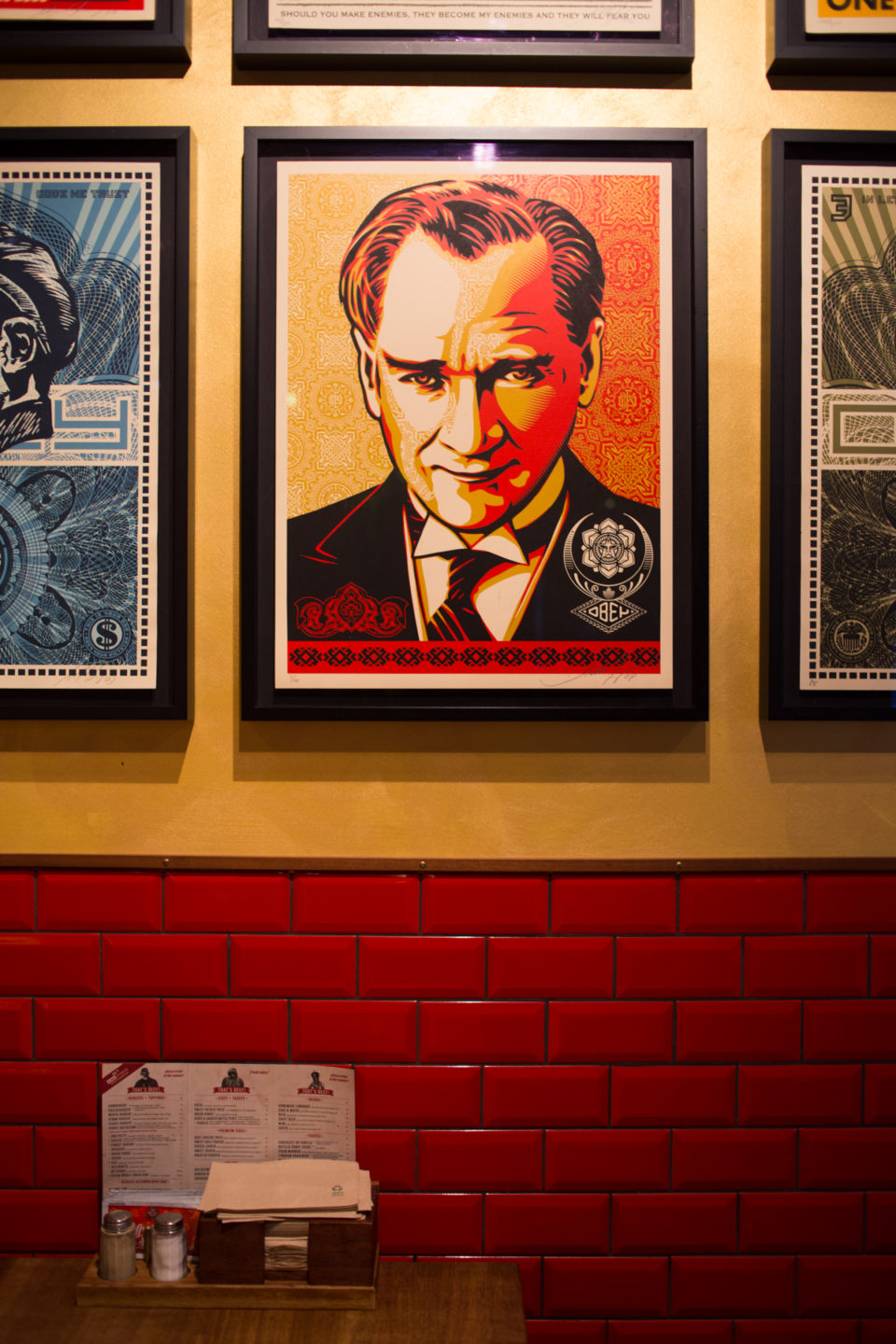 “The image of Atatürk in the shop clearly polarizes people.”

Both German and American influences are clearly visible in his shop. In order to recognize Turkish influences, you have to look more closely.

The portrait on the wall of Atatürk in street art style by Shepard Fairey comes as a surprise, and according to Selim is immediately noticeable. This can polarize his customers, especially those who are Turkish. One of the shops signs praises “Selim’s ABC Burger”. A juicy burger with avocado, cheddar cheese and bacon. “The bacon is beef, of course,” emphasizes Selim. There is also sucuk on the menu: the famous Turkish garlic sausage. Selim reveals that his burger patties contain Turkish ingredients. The minced beef is filled with traditional Turkish spices. His mother helped him with the composition of the spices. In terms of dessert there will soon be the classic sütlaç, a Turkish rice pudding, as a shake and traditional pişmaniye (Turkish cotton candy). 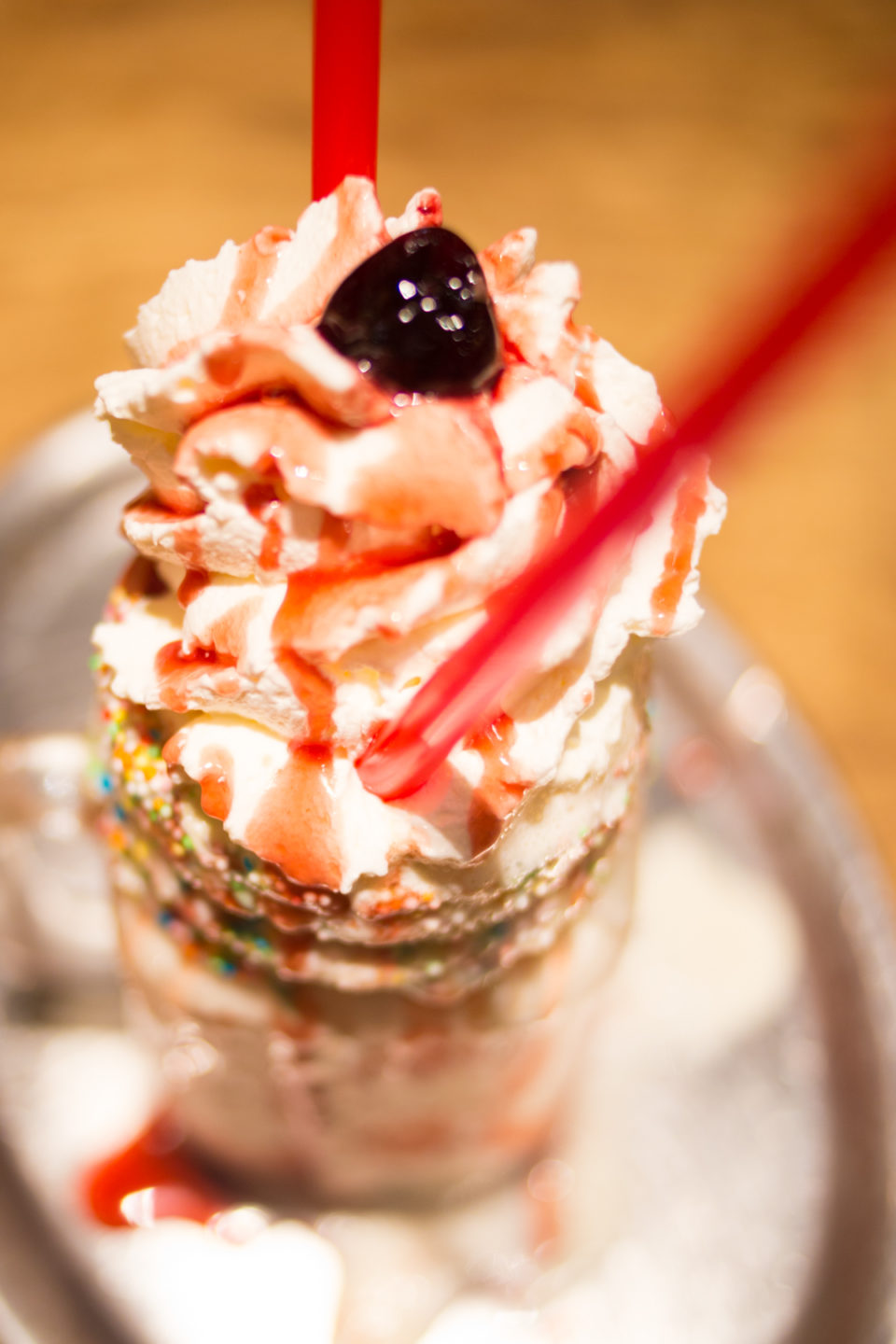 Even famous people have discovered What’s Beef?! for themselves. So it is not uncommon to meet popular DJs in the queue, or a member of the Toten Hosen. Even Udo Lindenberg celebrated his birthday in What’s Beef?! and Tim Mälzer gave Selim’s burger the highest praise. 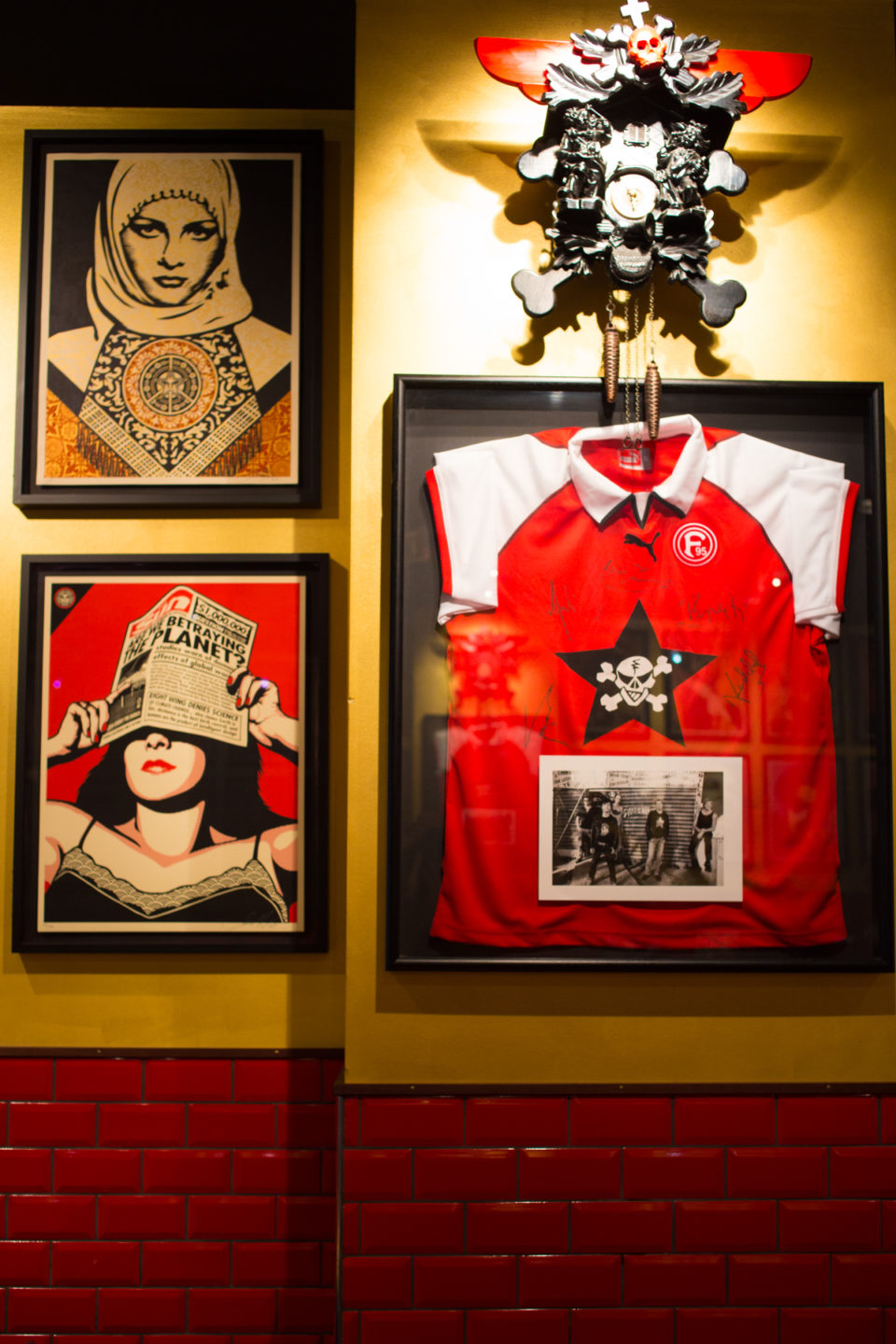 “The cities of Düsseldorf, New York and Istanbul are home to me.”

Selim sees himself as a citizen of Düsseldorf, New York, Istanbul and Izmir. He currently runs five What’s Beef!? restaurants in Germany. Soon a branch will be opening in Cologne. “If I have ten stores in Germany doing well, I also want to try investment abroad,” says Selim. But his real goal is to “reimport” the burger to New York. He wants to tell his story in New York and to make a name for his incomparable burgers there. 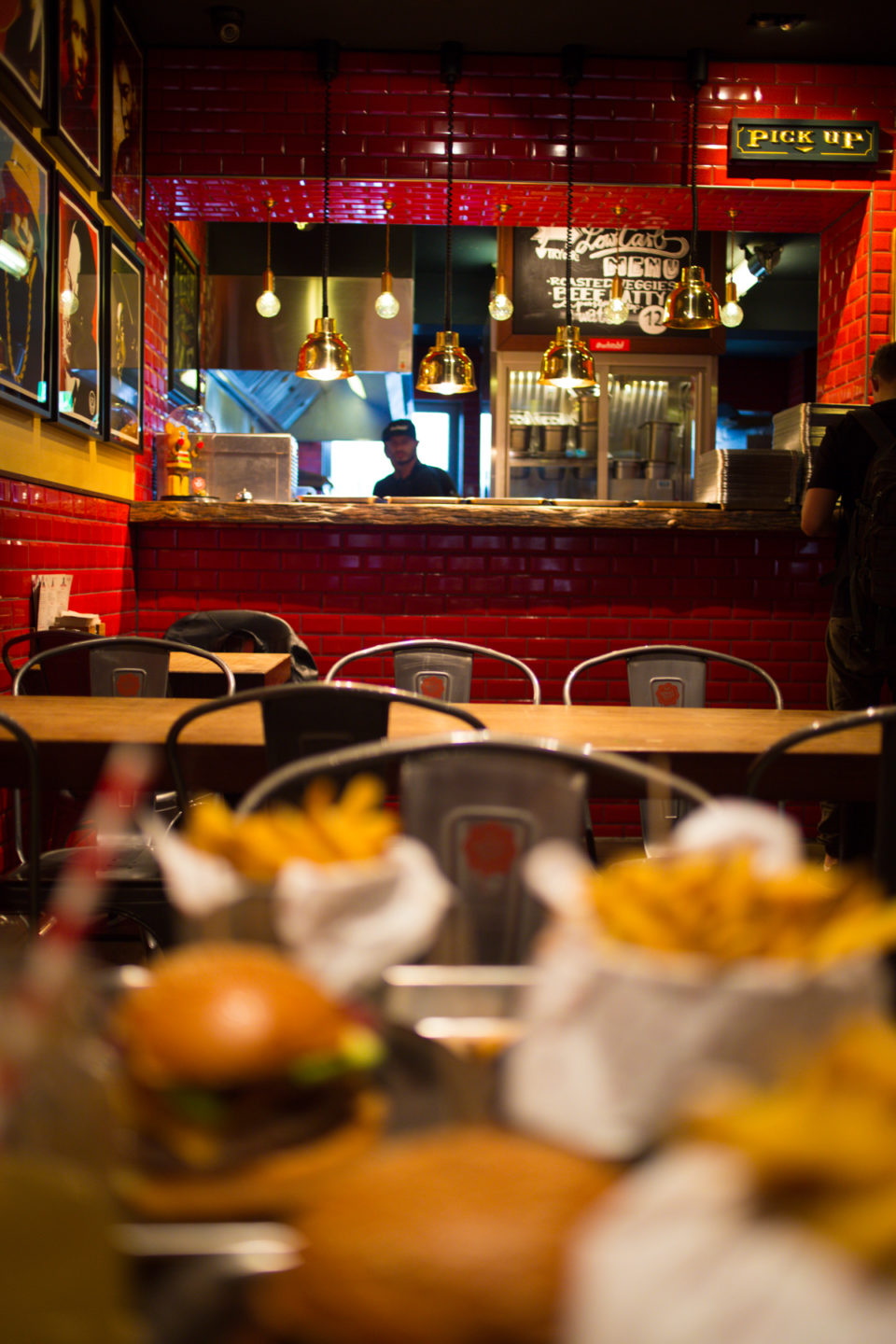 How do you eat a burger properly?

“You have to eat a burger with your hands. Then it tastes twice as good.” 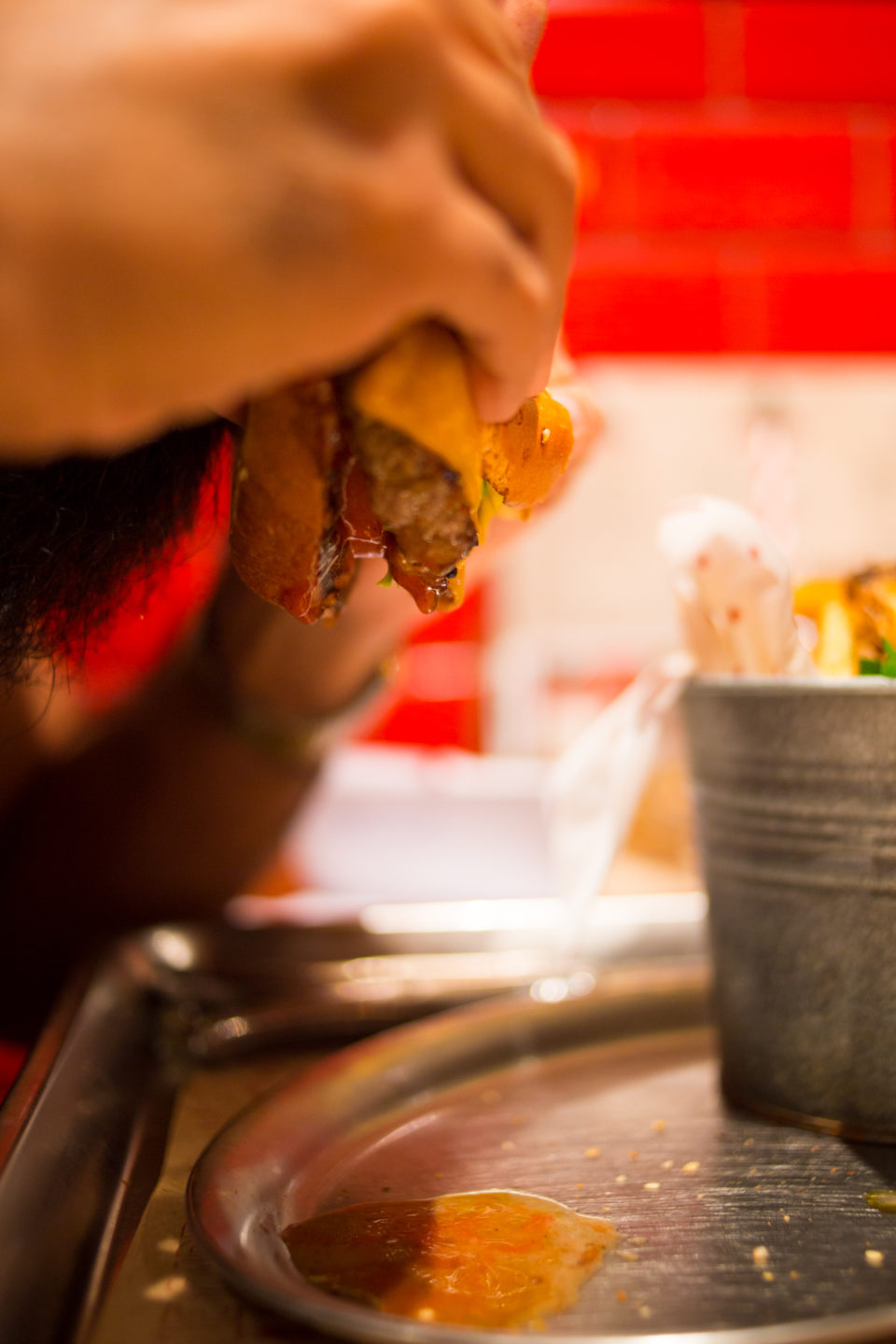 The secret burger recipe to make at home:

“At home you can make an original burger, too. For this you only need mince and bread for toasting.”

Why and how we have to support black communities