The Insanity in Dresden

Pegida is racist and crude. It’s not really clear where the movement has come from. What we need is the right reaction to the protests.

On Wednesday, 7 January 2015, a terror attack took place in the satirical magazine Charlie Hebdo’s editorial office; two days later hostages were taken in a Jewish supermarket. 17 people were killed. The perpetrators were Muslims. France and the world are in mourning. Not only was the attack an attack on people, but also on freedom of speech and of the press. What happened in Paris is horrible and dismaying. Groups like Pegida must not be allowed to manipulate the terror in Paris for their aims. This cannot become an excuse for racism and Islamophobia.

What is currently happening in Dresden and in other German cities to a smaller extent? Pegida? Come again? How should we classify these supposedly »Patriotic Europeans against the

Islamisation of the Western World« (German abbr. PEGIDA – ed.)? Do we have to show some understanding?

»Don’t follow them,« says Chancellor Merkel. »Too often, prejudices, coldness and even hate are in their hearts.« These words don’t come from an editor of the German taz newspaper, which has taken a clear stand on Pegida before now, but from the Chancellor herself. By asking people not to associate themselves with Pegida, Merkel represents the vast majority of people in Germany. The opposition parties in the Bundestag praised Merkel for her New Year’s speech – there was only criticism from the AfD (engl. Alternative for Germany – ed.), which could possibly be a political arm for Pegida in the future.

Pegida is not as large as it sometimes seems.

Dresden is the black stain on Germany’s map in 2014-2015. Last Monday, there were 18,000 »Frustbürger« (newly-coined term for frustrated citizens – ed.) who marched through the streets of Saxony’s capital. In other large German cities, there are only a few hundred Pegida demonstrators to be seen; the counter-demonstrations are bigger, brighter, and louder. This is encouraging. In Cologne, the cathedral remained unlit as a symbol against Kögida (Cologne’s Pegida group – ed.); in Berlin at the Brandenburg Gate, the 200 to 300 Pegida supporters, standing in the rain with soaked German flags, looked pathetic. A counter-demonstration prevented them from marching.

The middle class is not necessarily democratic.

Pegida is not only against a supposed Islamisation of the West. The percentage of foreigners in Saxony is 2.2, by the way, so what Islamisation are they talking about? Pegida is against everything that doesn’t fit into the movement’s skewed view of the world. They chant »Media of lies« and »Germany, wake up!« That all of this is Nazi rhetoric does not seem to interest Dresden’s middle class. It is people from the middle class who are waving flags together with NPD (far-right German political party – ed.) supporters, hooligans and conspiracy theorists, in Dresden. So, should we be taking their fears seriously? No. Parts of the middle class are not necessarily democratic; in Dresden they are obviously even anti-democratic. By calling for freedom of expression and trying to appear democratic, the movement wants to make racism socially acceptable. When they are given the chance to voice their thoughts, as was done in the ARD current affairs programme Panorama, it becomes clear how much contempt they have for the media, the political establishment, foreigners and migrants.

If Pegida is the people, then no one wants to be a part of it.

»Wir sind das Volk« (engl. we are the people – ed.) is another popular battle cry for Pegida supporters. They are misusing a sentence that still has a positive ring to it for many Germans, as it reminds them of the peaceful revolution in East Germany and the subsequent reunification. But the pictures in Dresden are more likely to remind many viewers of the racist outbursts in East Germany in the years following reunification, which came to a tragic climax in Rostock-Lichtenhagen in 1992, when people attacked a reception centre and a hostel for asylum seekers. Is Pegida the return of the ugly German?

If Pegida is the people, then no one wants to be a part of it. Modern Germany is open-minded and full of colour. This is not multicultural romanticism, this is a fact. Approximately a third of all Germans have some immigrant roots, and many endorse committed German asylum policies and see the necessity of immigration. In that way, they are in line with German industry, which is competing for international skilled workers. »We’ve been a country of immigrants for some time now, and we’ve got to stay that way«, says Ulrich Grillo, the leader of the Federal Association of German Industry (BDI). In saying that, he distinctly distances himself from Pegida and calls for more refugees to be admitted.

Whoever has a German passport is German. It is only in Saxony that the racist understanding of who is German does not seem to have died out. As a matter of fact, there are more Nazis without any qualifications in Saxony than there are Muslims. And there are millions of Muslims in West Germany who help finance the restoration of Saxony’s old cities with their solidarity payments. Of course, no one is demonstrating against the takeover of Saxony by Nazis or thanking the Muslims in Frankfurt or Hamburg for their financial support. Instead, we have been experiencing this nonsense for the past few weeks every Monday in Dresden.

Attempts at explaining are of no use

The question is: Why is Pegida so strong in Dresden of all places? And how should we deal with Pegida? Zeit Online summarizes various attempts at explaining this, in an article. One is the bombing of Dresden by the British in 1945 and that since then, Dresdeners have become comfortable in their » victim role«. Furthermore, there is talk of the heritage of Romanticism, Caspar David Friedrich, and of civilization processes which took place after the war in West Germany, but did not make it to the »Valley of the Clueless«. But that doesn’t explain the influx of support for Pegida from other cities. Evil and stupidity are similarly difficult to explain – they’re both just there. The latter is currently experiencing its incarnation in Dresden.

We shouldn’t spend too much time concerning ourselves with investigating the cause, but rather search for the right reaction to Pegida. There needs to be wit, satire and non-recognition. For, if we recognize Pegida, and thereby take the fears of the protest seriously, then we are recognizing the false fear of Islamisation and racism. Some politicians see this differently, for example, Gerda Hasselfeldt, leader of the CSU regional faction in the Bundestag. »We need to take their fears seriously,« she said. This is the wrong path. Zeit journalist Yassin Musharbash already made that clear at the beginning of December in an article for the British Guardian. Pegida is racism, and there is no legitimizing it – whether the participants at the demonstrations know that or not.

We must take the danger posed by Pegida seriously, but not the movement’s concerns and fears. The right reaction to Pegida is non-recognition, a strong backbone and lots of humour. 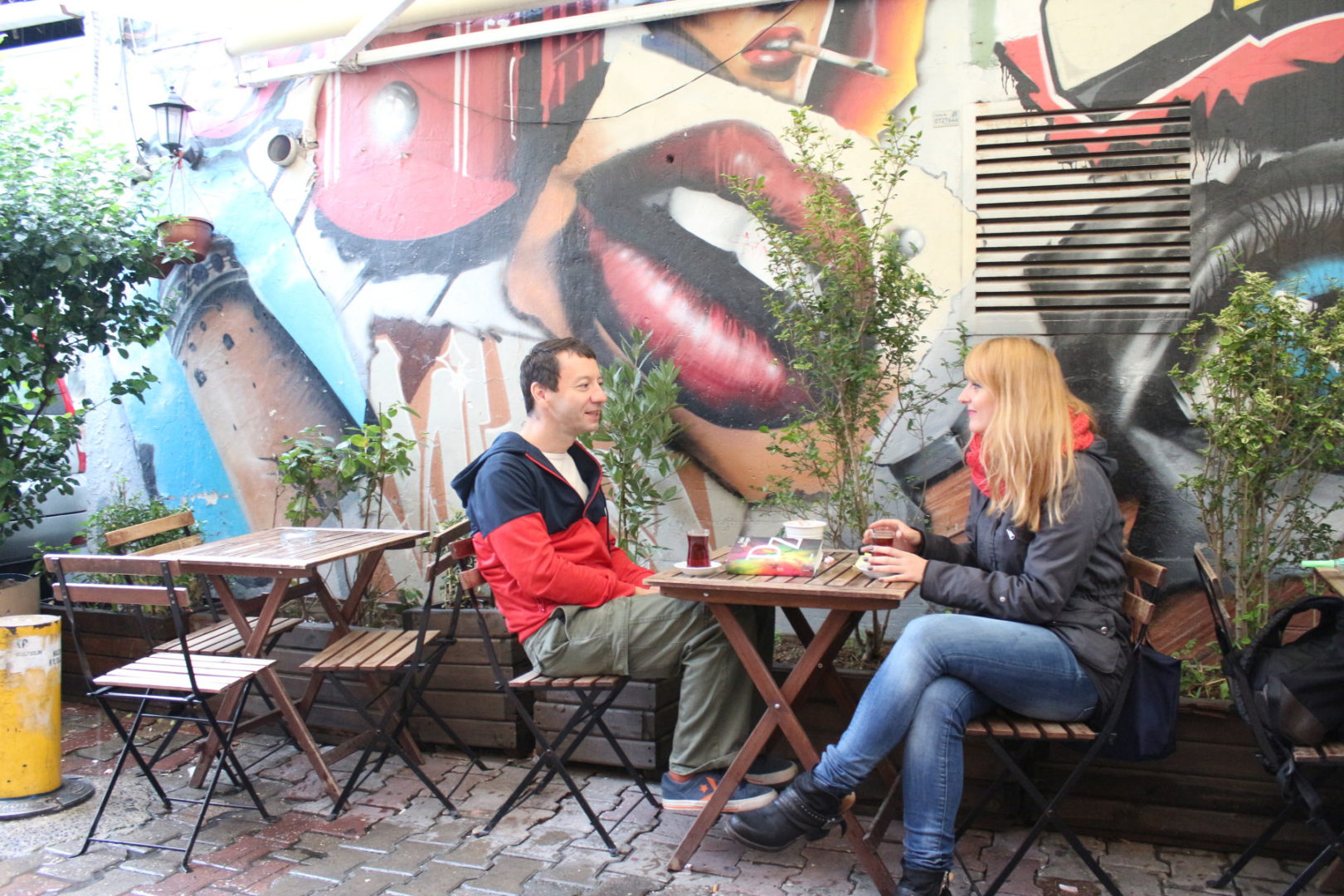