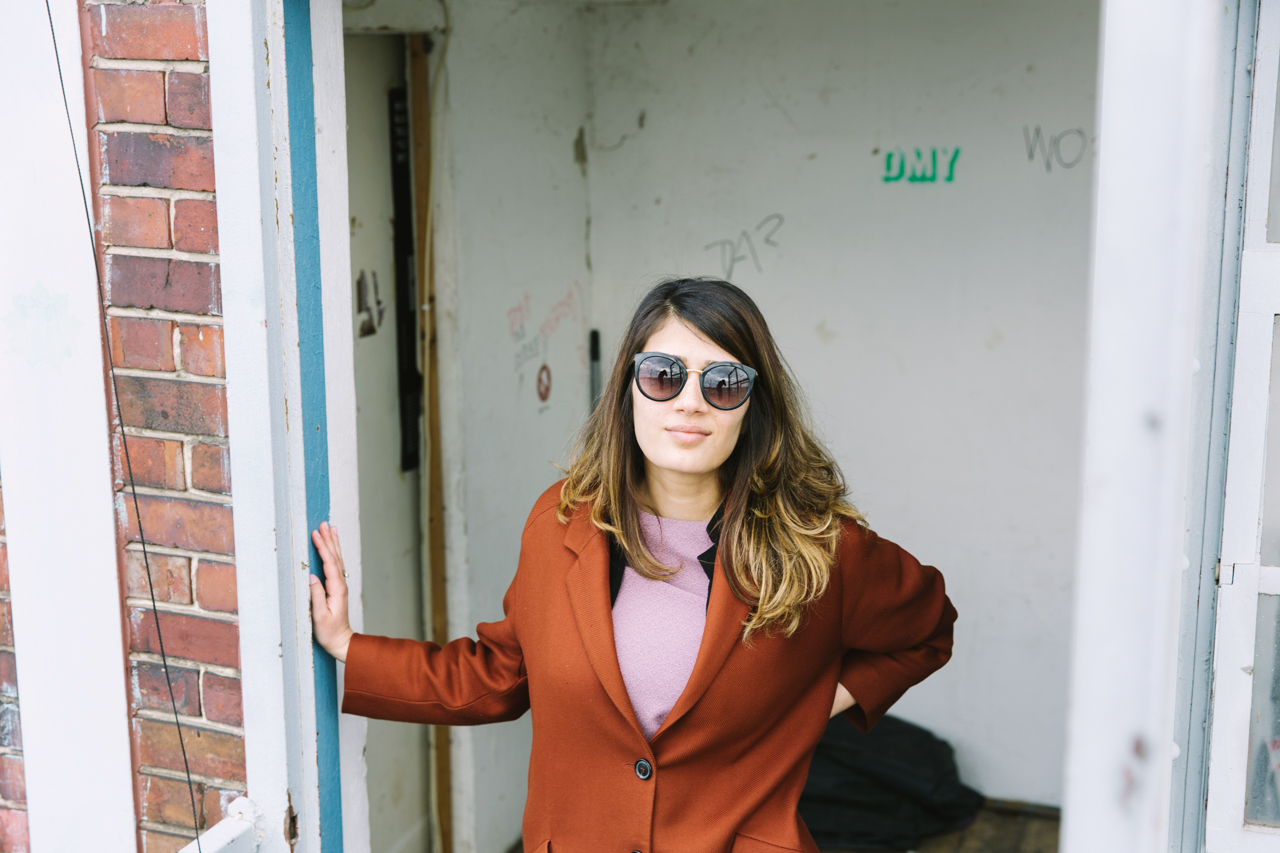 It was through music that Fatma Aydemir originally made her way into journalism. At this point in her career, she’s managing editor for the German-Turkish newspaper portal taz.gazete, which seeks to provide a forum for critical voices coming out of Turkey. As well as her work in journalism, she is also a novelist. She is currently planning her next literary project, after publishing her widely acclaimed debut novel Ellbogen (en. Elbow) early this year. When we visit her in her studio in Kreuzberg, Fatma tells tells us about the idea behind taz.gazete, as well as how she got into literary writing and what she connects her to with Hazal, her novel’s angry heroine. 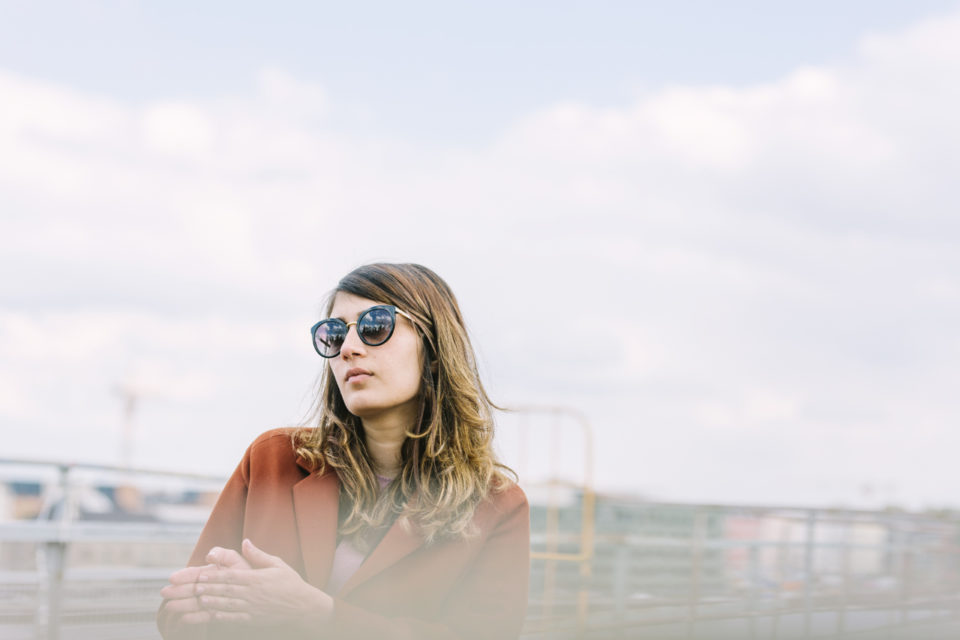 You’re editor of the German-Turkish newspaper portal taz.gazete. Can you tell us a little bit about the project?

The idea emerged from a bilingual edition of taz which we published last year on World Press Freedom Day. The texts, published in German and Turkish, were all written by journalists from Turkey. We wanted to use it to take a stand against the restrictions on press freedom in the country. At the time, we thought matters had already hit rock bottom, but then the situation deteriorated even further. Following the wave of arrests of staff working for the newspaper Cumhuriyet, we decided to set up taz.gazete as an online project as quickly as possible and with minimal resources, in order to reach people in Turkey. The idea behind taz.gazete is to publish reports that can no longer be printed in Turkey and make voices heard which would otherwise be lost because the relevant media outlets in Turkey have been shut down. 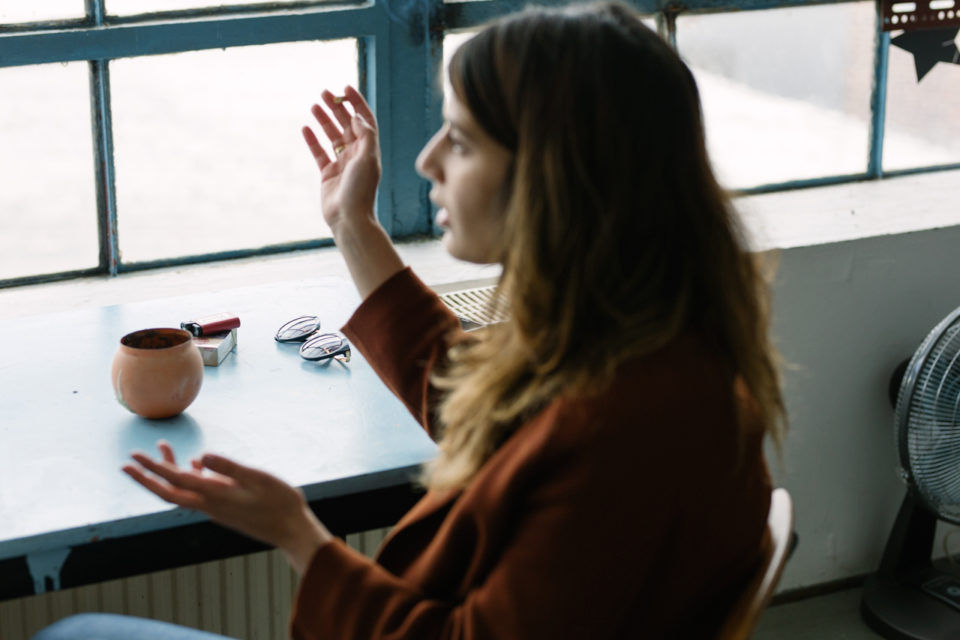 You describe the portal as “Critical Voices in Exile”. Does this mean that you aim specifically to choose opposition journalists who can no longer get published in Turkey?

I wouldn’t say that we offer any kind of “victim bonus” for particularly oppressed journalists per se. We simply use the contacts that we already have, and the media with which we work, to find interesting topics and good texts.

With taz.gazete, we want to provide the background information that is so often neglected due to lack of capacity.

Is the platform actually used by readers in Turkey who want to form an opinion based on sources outside of the Turkish media?

At first, taz.gazete was primarily used by readers in Germany. But of course, we were also concerned with improving the availability of reporting on Turkey in this country. Almost as much happens in a day in Turkey as happens in a year over here. So it’s easy to get behind on fast, rolling news. But that’s what we want to move away from. Instead, we want to provide the background information that is so often neglected due to a lack of capacity. With time, we see increasing numbers of Turkish readers using our site and I am confident that this will only continue to grow in the coming months. 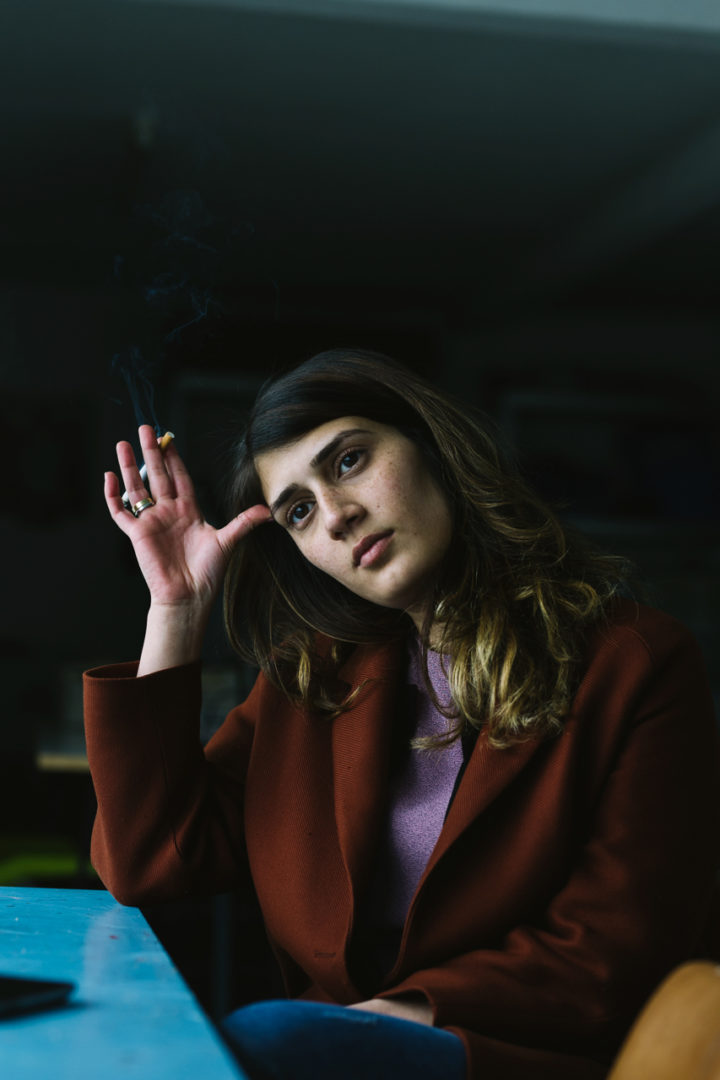 You published your first novel Ellbogen (en. Elbow) this year. The themes you deal with in the novel – migration, identity and violence – are topics that you also grapple with as a journalist. What made you choose to communicate these in a literary format by writing a novel?

I studied literature in Frankfurt. And, though my studies were purely academic, it was then that an urge to write something myself began to develop. At first, however, I didn’t actively pursue it – partly because I didn’t dare do so. I think it has a lot to do with self-confidence, actually sitting down and writing a novel. I only developed this confidence from my years of working as a journalist. And I also noticed when working on the novel that my journalistic style of writing often got in the way. If you’re constantly trying to name everything and explain it, you’ll end up writing the worst novel in the world. That’s why I initially spent a summer writing complete rubbish before it really took off.

Your protagonist Hazal is barely 18, female and the child of Turkish guest workers. Why were you interested in developing such a character?

Aside from her age, Hazal is naturally quite similar to me as a character. I am also the daughter of Turkish guest workers, we have similar taste in music and, to some extent, a similar way of looking at the world. The character also interested me because I wanted to write a coming-of-age story. There’s no real model for Hazal and I was not interested in mapping out a twin reality. As an example, the language is completely constructed. It does relate to how I myself self or have spoken, but also what I would like to read in a novel. Creating a kind of youth speak would not only have been embarrassing, it also wouldn’t have worked for me as a reader. That’s why it took quite a while at first to find the right sound for the story. 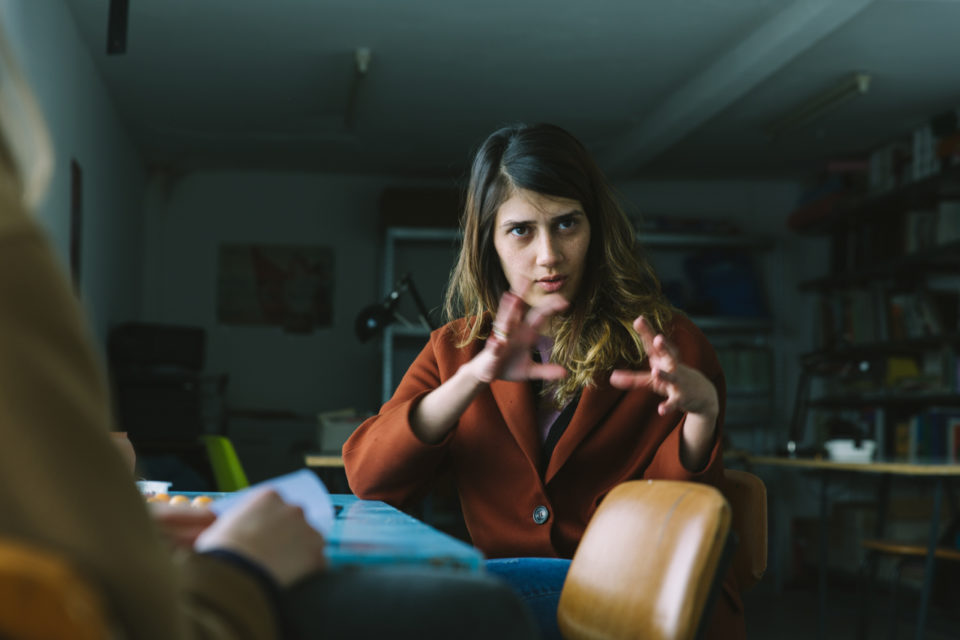 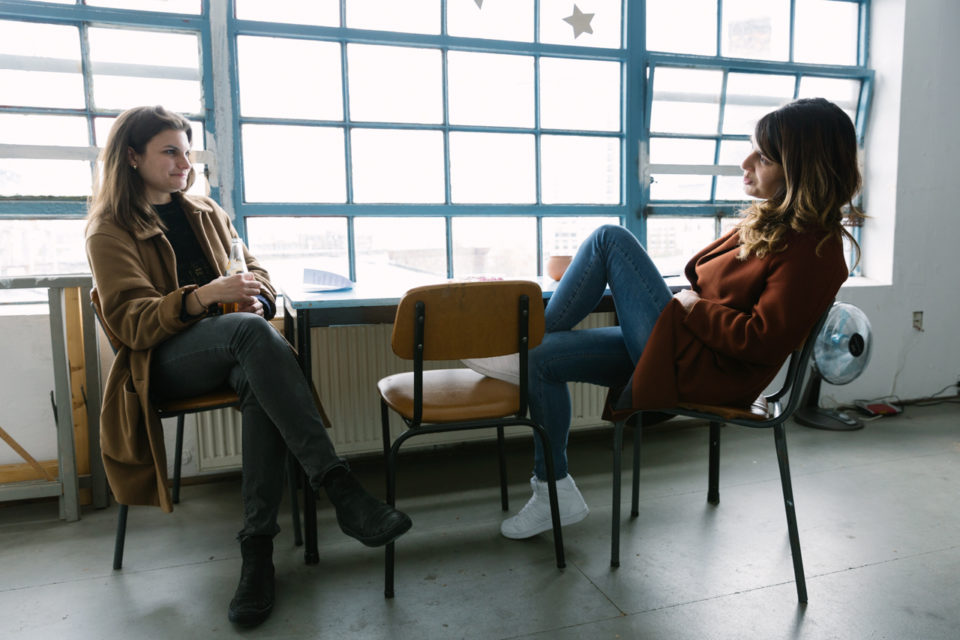 Hazal and her clique commit a random act of violence out of rage. Such acts are often met with a lack of understanding by the public. In the novel, we get to see the girls up close and are perhaps better able to understand their feelings. Were you interested in highlighting their backgrounds?

Yes, absolutely. The scene on the underground was the first one that came to me. I went into the story seeking answers to the question of how violence randomly escalates in public spaces. Indeed, I don’t think I fully answered this questioned, but it was important to me to play out the issue of violence on different levels. That’s why it didn’t focus solely on physical violence, such as the push on the underground, but also on psychological and structural violence which express themselves in language or in dealings with groups such as a men or women of migrant backgrounds. I think violence plays a big role for us all, whether we perceive it or not. We can try to look away but violence is actually everywhere.

At first, violence seems to have masculine connotations. When Hazal and her female friends push the student in front of the underground train, no-one suspects that the perpetrators could be three girls. Were you consciously trying to break the stereotypes of what is expected of women?

It was important for me to do away with the notion of the poor little girl who only ever experiences violence and can’t do anything about it.

I was absolutely determined not to reproduce the classic story of the young female victim. That’s why the act of violence is a break-away from this stereotype and is, at least for Hazel, a moment of emancipation. The kick or the punch can be understood as an attempt to strike back against many things, which she views as being embodied by the student at that particular moment.

Hazal then decides to fly to Istanbul…

Exactly, because I also wanted to break away from the role of the migrant, which is how she defines herself. That’s why it was important to me that Hazal is in Istanbul for the second half of the novel. She’s confronted with a place of longing there with which she is unfamiliar and the reality of which is different to expectations, as is so often the case. Even in Turkey, she is not necessarily welcomed with open arms and it is not easy for her as a young single woman from a disadvantaged environment. It becomes clear to her there that some of her problems are not down to the fact that she is a German Turkish woman living in Germany. She also comes across different forms of violence and is confronted by the political events in Turkey, such as the disputes in the Kurdish regions and the coup attempt last summer. I did not initially plan to include so many current events in the novel but I felt that I couldn’t disregard them because they have really affected the people living there. 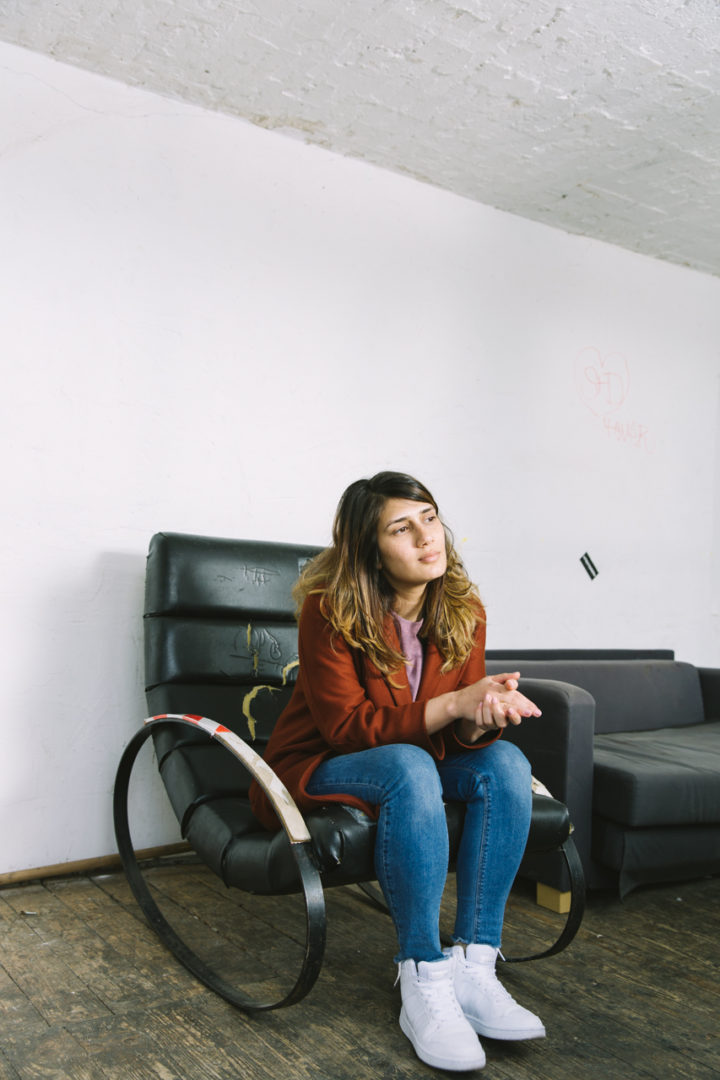 In your view, instead of violence, what would be the best response to the anger that Hazal feels – particularly from a political perspective? What would you want from society?

I am not Hazal, but I am angry. Regardless of that, I haven’t pushed anyone in front of a train. So the question is how this rage is channelled. Anger can be incredibly productive. For example, I have written out of anger to some extent. And there are an unbelievable number of reasons to be angry. That’s why I think it’s important to talk about the things that anger us, instead of dismissing them as personal problems that we have by manage by ourselves. Because there are huge numbers of people with similar problems, and there are certain structures that ensure that we have these problems. I don’t have a clear solution, otherwise I probably would have gone into politics rather than fiction. But I hope that people will talk more about these things, and listen more. And I hope that debates can take place openly without people being attacked for their opinions – so that space can be made for an open dialogue. 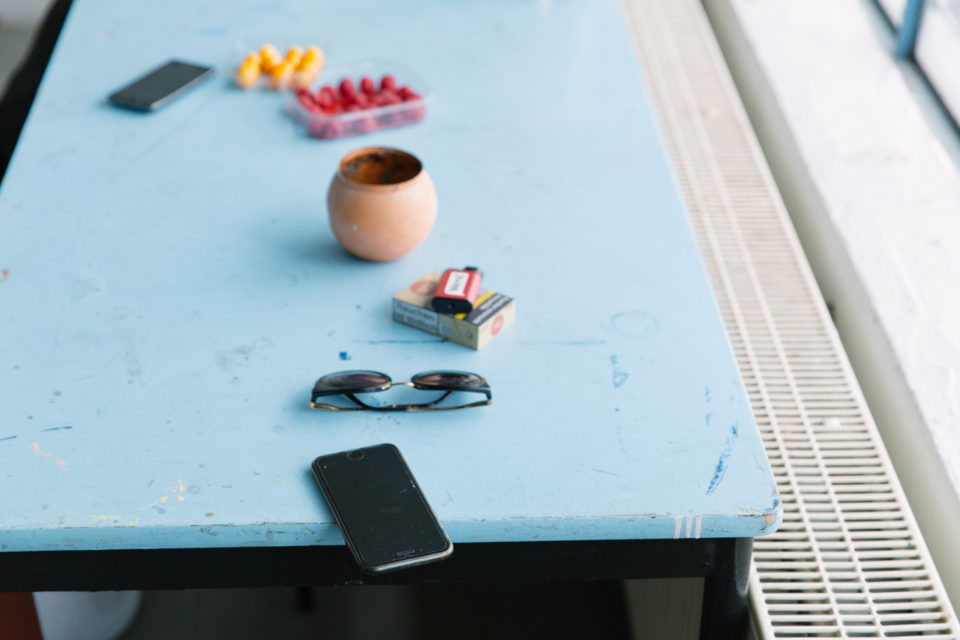 The image of German-Turks in Media
Society & Stories 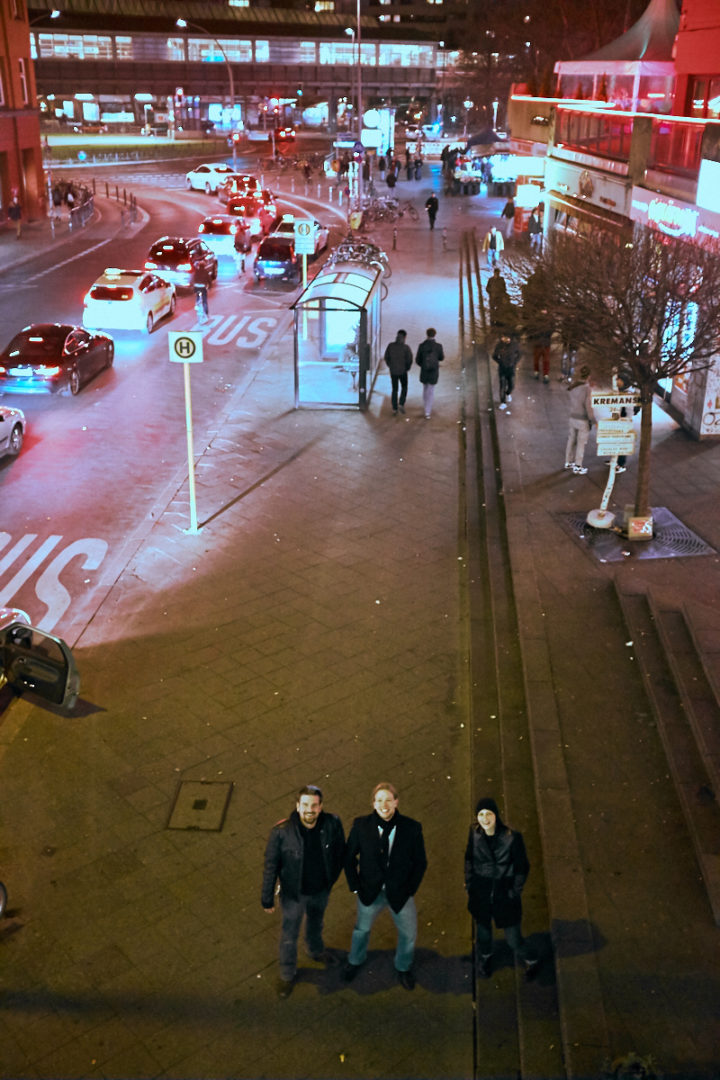 “Give us mincemeat, and we’ll turn it into köfte”