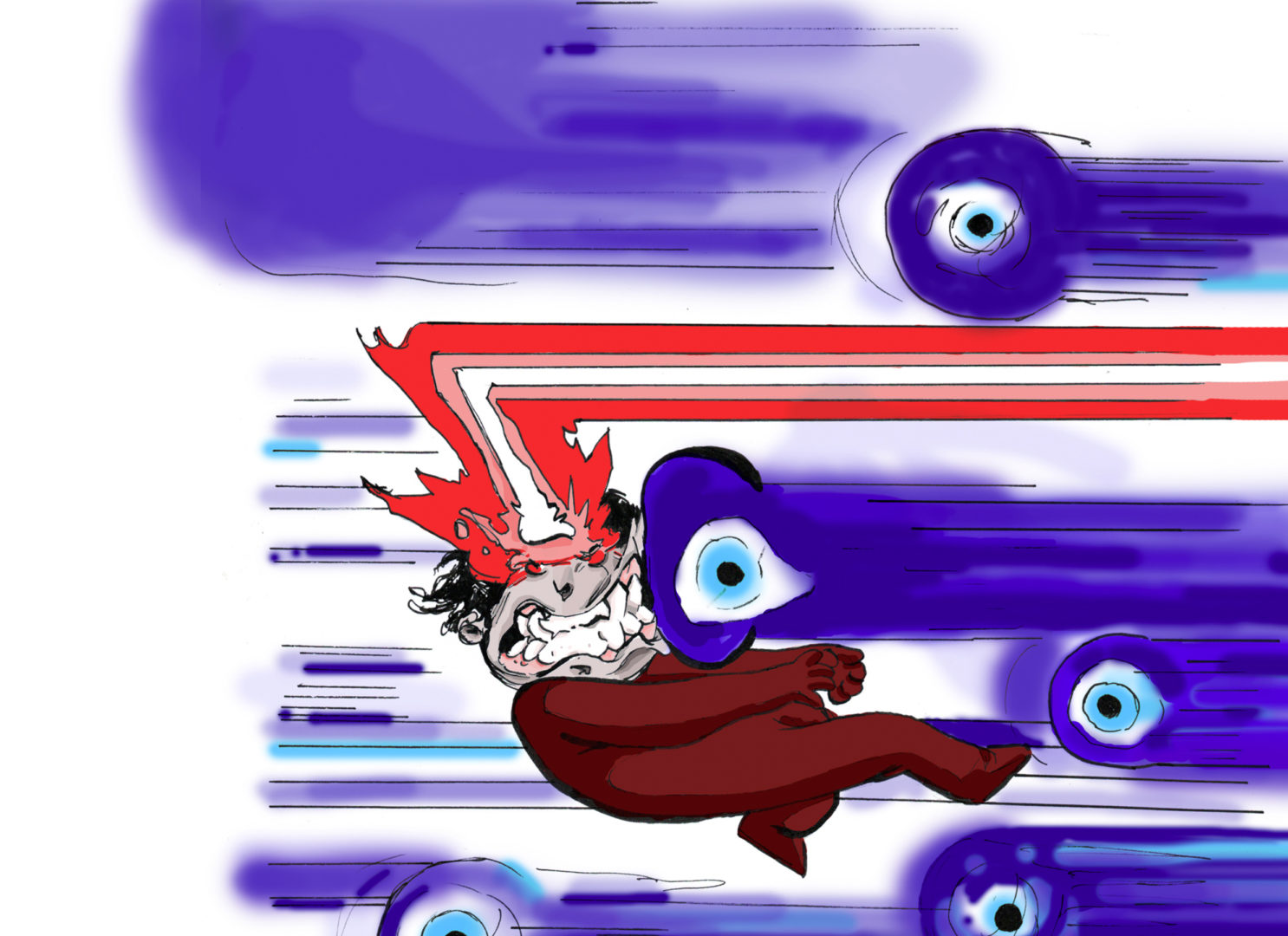 Recently, my German friends asked me why I was wearing those blue eye symbols. I realised that on that day, I was wearing blue eyes everywhere – as earrings, a necklace, a bracelet and a ring. I explained that the symbols are charms that protect the wearer from evil and jealous eyes. But I couldn’t tell them what the origin of this superstition was.

After this conversation with my friends, I started seeing the eye symbols everywhere: In kebab shops, Turkish supermarkets, and doctors’ surgeries, as well as in all the cabs with Turkish drivers. It seemed as if Berlin is riddled with blue eyes in different shapes and sizes. I did some research and was astonished.

The belief in the evil eye dates back to the bronze age, when eye-shaped amulets were first crafted. Hand-shaped charms were found in ancient Egypt, in Greece and in the Roman Empire. The blue eyes are still very popular today and it is impossible to imagine the streets of Turkey without them.

Nazar is the Arab word for »evil eye«. It is based on the belief that some people have a strong energy which they can use to bring pain, illness, or even death to other humans or animals. This superstition includes the belief that objects that are gazed at with jealous eyes will break or shatter.

In order to divert this malicious energy, so called nazarlıks (ed. – Turkish for talisman or amulet) are worn. The most popular are the blue eye-shaped talismans, but they also come in various other forms: Other examples include stones with holes, garlic, eagle talons, date seeds, eggshells, the eye of a sacrificed animal, antlers, nigella and cloves – all are used as a defence against evil. Nazarlıks are supposed to attract the malicious energy and thus divert it from the human, animal or object that is targeted by the evil eye and break the talisman instead of the original target.

They are often attached to the clothes or pillows of newborns. Adults wear them as fashion accessories or actually believe in the influence of the evil.

In rural areas, the superstition is widely spread. This is why farmers attach protective charms to livestock, tractors, gardens and fields. As soon as a nazarlık breaks, they believe they have to be on guard against people with evil intentions.

According to the superstition, the typical eye-shaped form of the glass pearls has a strong connection with »büyü« (ed. – Turkish for witchcraft and sorcery). Legends ascribe a magic ability to the eyes to predict future events and identify or conjure evil. They can further serve as a shield for protection. Blue is a very strong and effective colour. The people who trust in the power of nazarlıks believe that a blue coloured charm can attract negative energy and is able to disarm the evil eye in that way. Trinkets with colourful and conspicuous pearls can be used to resist the evil eye, because they capture the viewer’s attention and divert it from the wearer.

Other protective measures are smearing your face with smoke, ash or mud, wearing safety pins on your underwear and spitting on seats that you previously sat on. What to do after being afflicted by the evil eye

If, despite all precautions, someone is afflicted by the evil eye, they have to follow a very specific ritual: An adult person will have to say powerful prayers and end the exorcism with the words »uçtu, gitti« (ed. – Turkish for the evil eye flies, it goes away). Practices like the pouring of molten lead or freezing salt are also supposed to drive away the negative energy. The following practices are a bit more tricky:

Even if the belief in the evil eye may appear primitive, it is a fixed element of everyday life. Whether the superstitious notion of evil forces is true or merely an extension of cultural identity, we can’t determine. At least, now my friends know the meaning of the evil eyes. 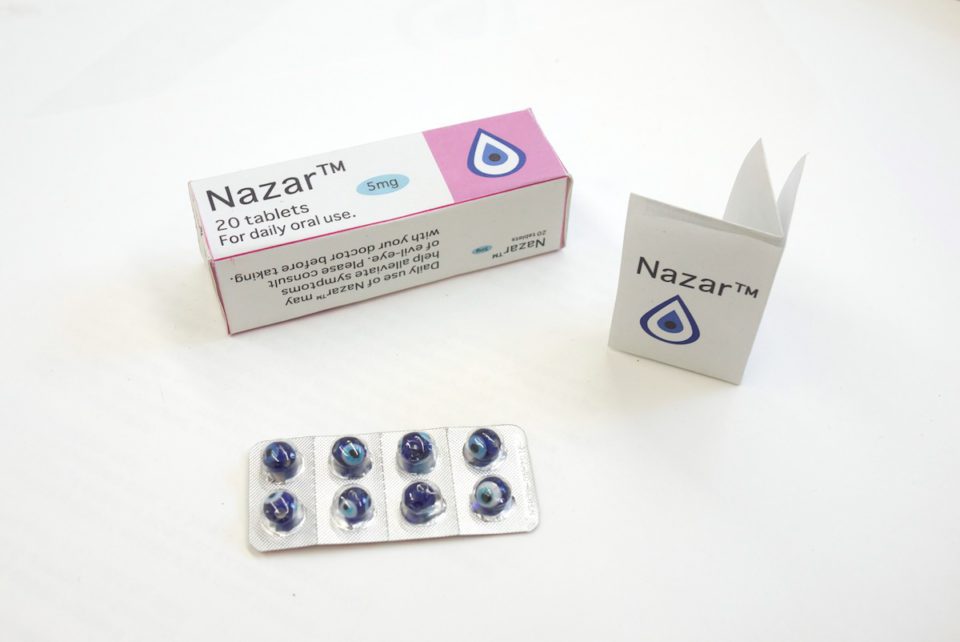 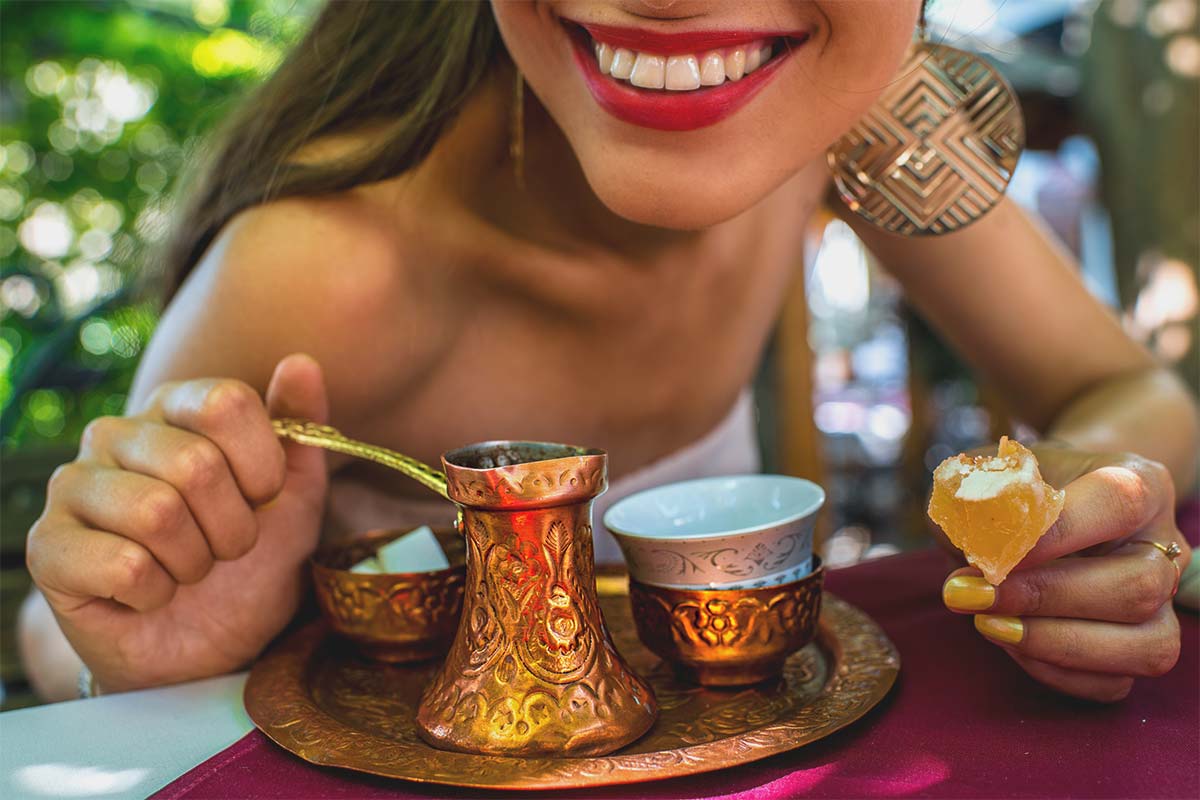 No Coffee? No Way!