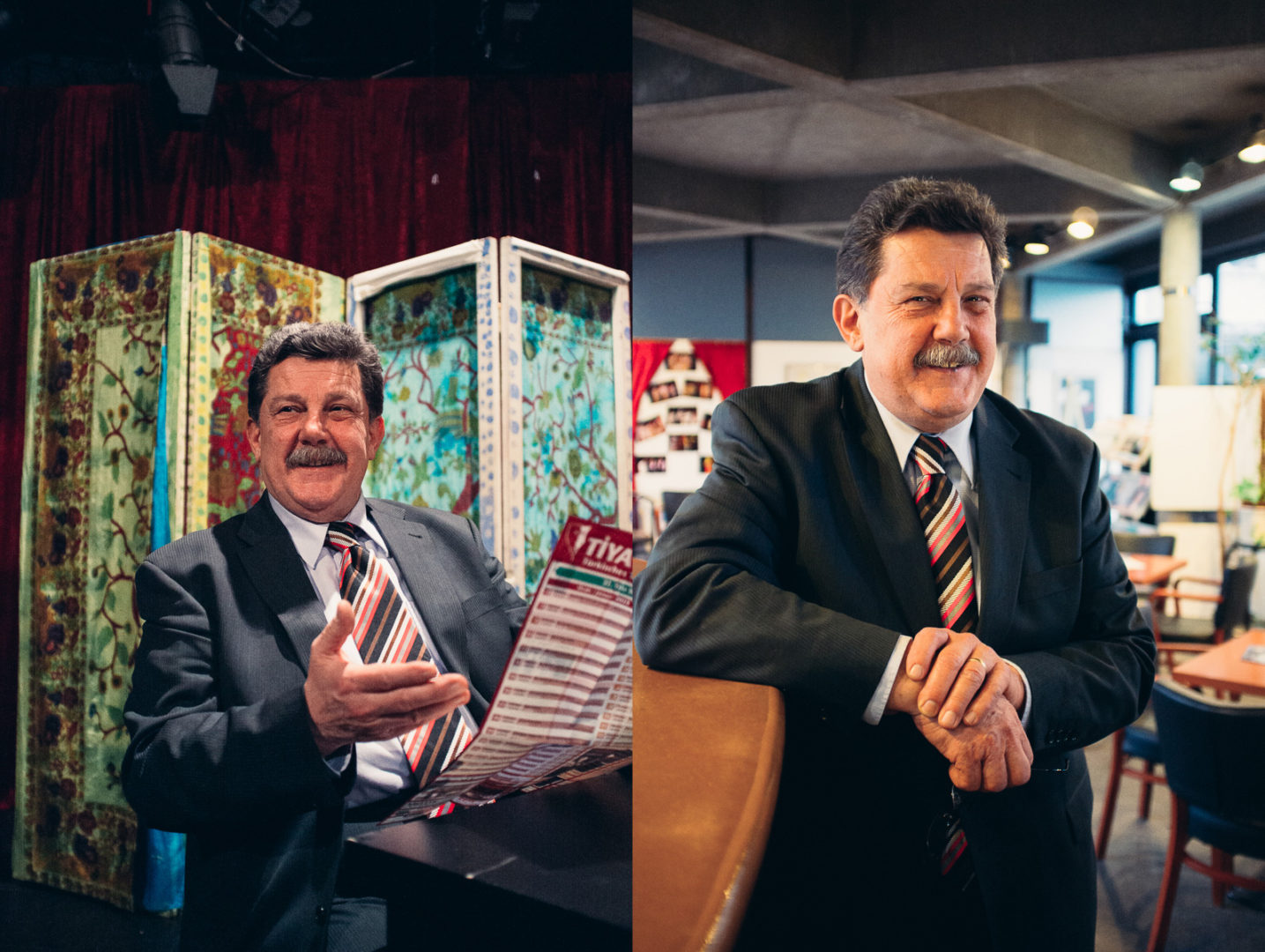 Feeling at Home on Stage

“Five more minutes, five more minutes,” says Yekta Arman, founder and artistic director of the Turkish theatre Tiyatrom in Berlin. Arman makes us wait for a charming reason: He wants to look smart for our visit. Finally, he sits down with us in a modest black silk suit. We discuss the strengths and weaknesses of the house whose name means “my theatre” in Turkish, and learn why it has been a stage exclusively for Turkish-language plays for decades. With his deep voice and energetic gesturing, he tells us an anecdote about when a Turkish passer-by took Tiyatrom for a brothel. Mr Arman, when did you discover your passion for theatre?

Even as a child I was fascinated by the stage, much to the chagrin of my parents. They simply did not envision me working in a theatre or acting. My parents tried with all of their might to put me on a more scientific education path hoping that it would keep me from seeing my crazy idea of becoming an actor through. Instead, I became the leader of the literature club at my high school in Turkey and secretly organised theatre performances and literature evenings. Why didn’t you found your theatre in Turkey, then, but in Germany?

Due to the political situation in Turkey at the beginning of the seventies and the university boycott that went along with it made studying there problematic. I mastered German, so a few friends and I came to Berlin to study. I chose business administration in order to make my parents happy, and theatre studies in order to follow my own needs. Since my friends and I shared the dream of opening our own Turkish theatre, this was suddenly within our reach.

And what was your first step towards your own theatre?

In the beginning we didn’t have any props, nothing that a theatre needs. Then, a few coincidences helped us. At our request, the Kreuzberg Community College placed a room at our disposal, which we then had to furnish with a set without the help of the community college. Luckily the Berliner Schaubühne had many old props that they didn’t need for their theatre anymore. They were perfect for us. The Schaubühne also led to our first contacts: When we picked up the props, Peter Stein took notice of us (artistic director of the Schaubühne at the time – ed.). Stein came to visit us in our small theatre, which we called “Room Theatre,” and enjoyed our play. That ended up smoothing the way to our Turkish theatre.

And did the Turkish audience break down the doors with excitement?

Oh, we had a few hurdles to tackle (laughs). I’ve got a small anecdote for you about that: When Tiyatrom was founded, so 1974, Turks were mostly in Berlin to work. Therefore, this world of art and theatre was new to the daily life of Turkish guest workers on Maybachufer. When I was distributing out first flyers, a man walked randomly by and flat-out refused to accept my invitation to Tiyatrom. Why? He was afraid there would be “naked women everywhere!” He actually thought Tiyatrom was a brothel. I just wanted to invite him to the evening performance of a play by Aziz Nesin. Nesin was and is a communist, and with that I was able to convince the man to come by (laughs). In 2008, you lost public funding again. Your Turkish theatre, which had only just been accepted by the audience, was suddenly on the brink of closing. Today, Tiyatrom is still standing. How did you tackle this hurdle?

For thirty-one years, exclusively Turkish-language plays have been being performed at Tiyatrom. Why? The preservation of the Turkish language occupies centre stage in my work. Over half of our actress and actors on stage are Turkish youths. If they aren’t speaking their native language, a piece of their culture crumbles away, and with it, a part of their Turkish identity. With this Turkish theatre, we are campaigning for the preservation of the Turkish language and culture in Germany. That found resonance and the audience donates money to us so that we can continue on. And this language cultivation brings the youths to Tiyatrom’s workshops?

Of course, the students also come to me because they want to be involved in Turkish-language theatre. Unlike in schools and at home for some youths, Turkish is not forbidden in Tiyatrom, rather, it’s expressively welcomed. This gives the youths a feeling of home, and they feel connected to our theatre.

Some begin learning their native tongue here, others would simply like to maintain their knowledge of Turkish. I also see that they lose their shyness through acting. In the beginning they would stutter in their native language, but with time they gain self-confidence and have more and more fun with the Turkish language. That creates a good basis for conversations, which has a positive effect on family life. The youths tell me that linguistic barriers with their Turkish relatives disappear and that it also has helped them at school. I am very proud to be able to pass on the wealth and beauty of the Turkish language in all its diversity.
Text: Genna-Luisa Thiele