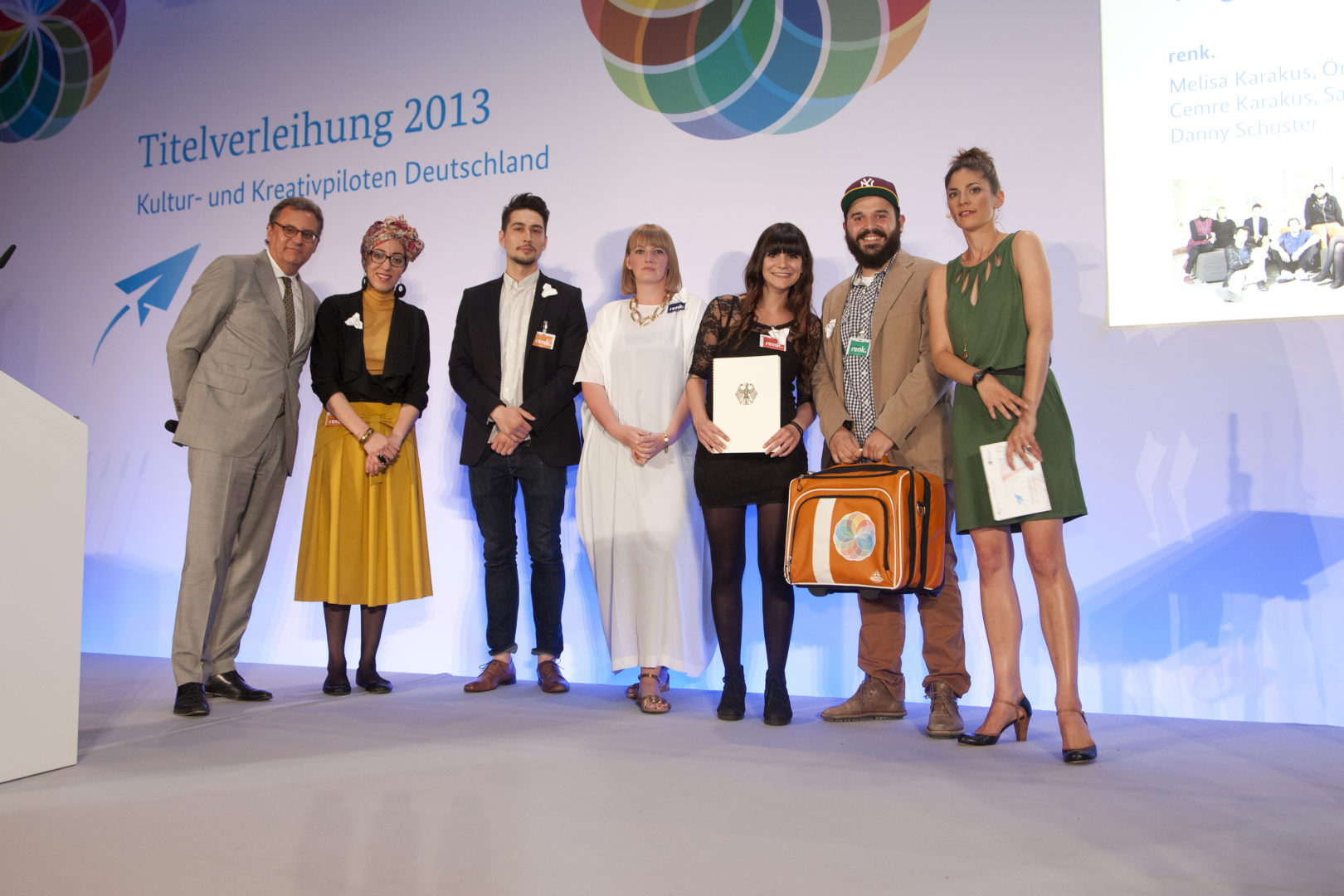 We are very proud to inform you that we, renk. Magazine, were selected for the title of »Germany’s Culture and Creative Pilot« out of 565 applicants this year. Your crossed fingers did the trick! We thank you!

The title of »„Kultur- und Kreativpilot Deutschlands“ (Germany’s Cultural and Creative Pilots) has been bestowed since 2010 by the federal government’s Initiative for Cultural and Creative Economy. This year, about 30 creative companies and start-ups that stand out from the crowd with extraordinary business ideas and outstanding entrepreneurship were honoured.

The awarding of the title took place on 24 July 2013 in axica at Pariser Platz in Berlin with around 400 guests. Beforehand during the afternoon we had the chance to meet the Federal Economic Minister Philipp Rösler with the other award winners and speak about young companies in the creative economy in Germany.

Before and after the award ceremony we were able to present ourselves to the guests and important stakeholders in the culture and creative economy with our information stand, whose motto was »Date a Pilot«. After the official award ceremony in the evening, there was a superb After Show Party in FluxBau in Kreuzberg.  There, we were able to celebrate our award with the other award winners, family and friends.
What does the award mean for renk. Magazine?

As prize winners, we, the editing team of renk., receive a starter program and expert backing from the Bremer u-institut, along with the official title. Together in workshops and personal conversations with experts from the culture and creative economy we will be able to professionalise our work as a culture and societal magazine for the exposure of German-Turkish extraordinary relationships.

»Our first competition and we won!«

This award motivates us a lot to pursue our idea with renk. Magazine further! We’ve already got the elbow grease: Now we want to learn how to reach our goals for the project faster. We are looking forward to an inspirational and professional cooperation and creative exchange with the other creative pilots and the coaches, since our long-term vision is the professional setup of a collective of creatives who support us with their ideas and contributions. As renk. Magazine, we want to sustainably enrich the German-Turkish media landscape in Germany with humour, creative design, and the impartation of art and culture. 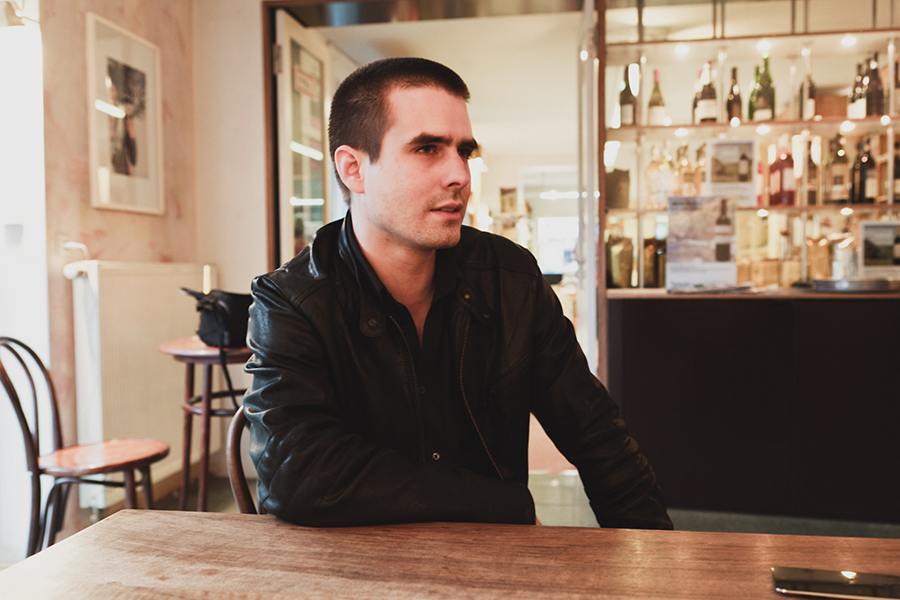 Gerrit Wustmann and his Love Affair with the City of Istanbul