Here come’s our editing office’s Best Of List with 10 favourites of the past year from the German-Turkish creative scene.

When she enters the room, the sun starts to shine. The bubbly and humorous musician came to Berlin in the 90s and decided to stay. She says, it was there that Öz was first able to develop into her real self. Her trademark is her little ukulele. We had the chance to experience her live in the Blogfabrik and were spellbound by how she unifies experimental and sentimental tones. Check out the interview with Özöz  here. When she enters the room, the sun starts to shine. The bubbly and humorous musician came to Berlin in the 90s and decided to stay. She says, it was there that Öz was first able to develop into her real self. Her trademark is her little ukulele. We had the chance to experience her live in the Blogfabrik and were spellbound by how she unifies experimental and sentimental tones. . But you can be convinced of this in the  Interview with Deniz. The co-founder of Flyingsteps, and modest old hand of the breakdancing scene, who doesn’t know him? Yet, Kadir is always getting to the bottom of things, which is something still very possible. This is how, for example, he came to create his own new dance style called Zeybreak. In 2015, he celebrated the premiere of the film Red Bull Anadolu Break, in which three of the best b-boys in the world travel to Anatolia to discover regional dances there. See it for yourself in our video portrait:

Through her role as Jilet Ayşe, Idil became a YouTube star in 2015. In the meantime, she has landed a stage show at the Bar jeder Vernunft and has appeared on many TV shows. Yet there is still second character, who she has adopted as her own: Gerda Grischke. You can get to know the real, tough and very intelligent woman behind the characters here. At the very latest since the release of the one-shot wonder Victoria, which cashed in at the German Film Awards, people have heard of this wiry, expressive curly head of hair. His one true home: Kreuzberg. We were able to experience just how multifaceted and daring the actor his during our first encounter. If you want to know what he would do with his sheep if he were a shepherd, you can find out in this interview. DThe guy all over the media: İlker, along with his producer Alexandra Staib, won gold in the category of »Best Foreign Film« at the Student Academy Awards in L.A., the so-called Student Oscars, for his short film »Sadakat«. You can read about what the Berliner had to undertake for the filming in Istanbul here

Anyone who has been in the Berliner club SO36 has surely shaken a leg to a few of her unbeatable mixes once or twice. She is a true Berlin icon: İpek İpekçioğlu, DJ, producer, remixer, engaged activist in the LGBTI scene, and curator of a number of music festivals. Learn about everything she’s doing and already done in our chat with her.

The man just knows how to find inspiration in the seemingly most trivial things. »I am convinced that art is not tied to a place, rather, it can be everywhere«. With humour and a touch of irony, he gives everyday items a completely new meaning. We spoke with the man who has made Hamburg his home in an Interview about artistic interventions and comprehensibility in art. How long can a moment last? For Erdal İnci it can be unending. The New Media artist creates surreal GIFS, from Berlin’s Alexanderplatz, to Istanbul’s Taksim Meydanı, in which he often includes a cloned form of himself. We met with him in Istanbul for a chat. An honest and extraordinary man. He finds succinct words for what bothers him about Germans and Turks. The director is always looking for something new, but needs his Kreuzberg like no other place in the world. You’ll find out what he loves about the Markthalle 9, and what he had to do with the 36Boys, here. 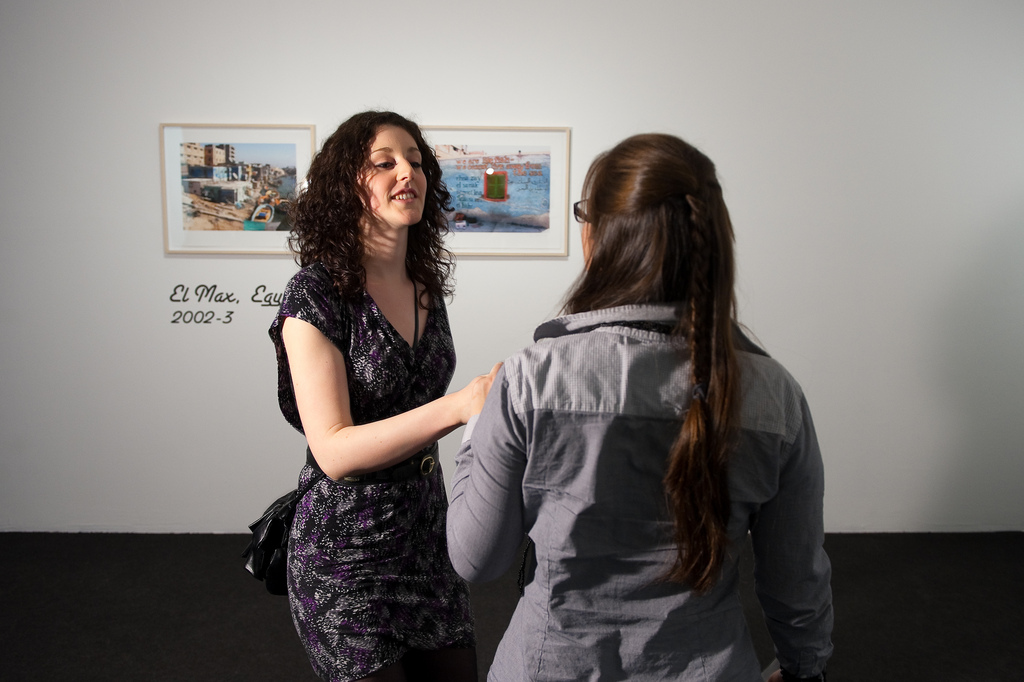