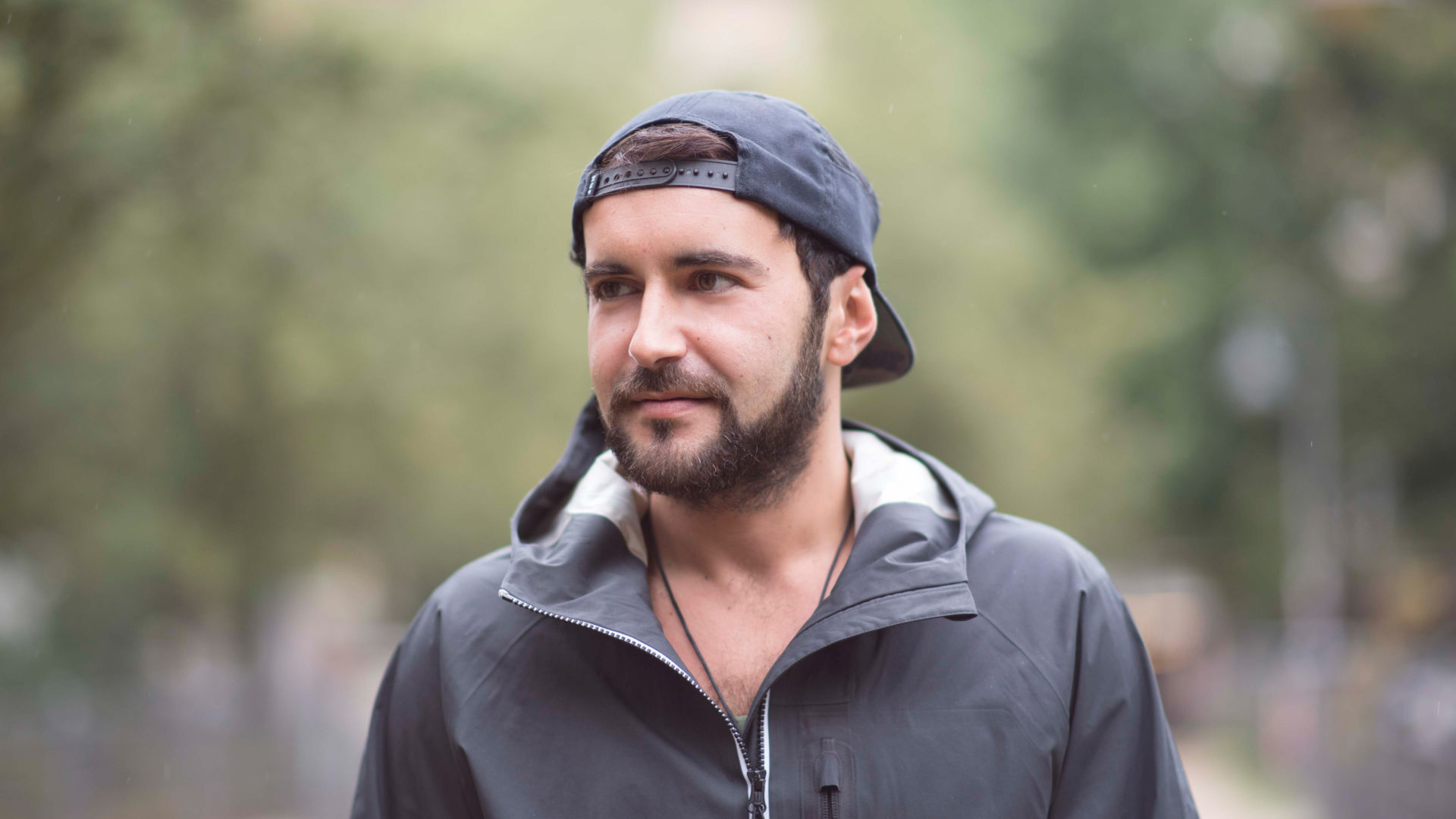 A smart guy with intelligent lyrics, a beautiful voice and a sick flow; a mix between Max Herre and Kool Savas – and yet still humble: That’s Chefket, born Şevket Dirican. A rapper who likes to eat vegetarian and suffers from the disease »Saltheimer’s« (he eats too much salt, too often). We met up with him in Burgeramt, a burger joint in Berlin-Friedrichshain, and spoke with him about criticism and clichés in the music branch, his current projects and his love for his family. Critical and ironic at the same time: Sentences like »I eat pork, but only when it’s circumcised« show me that you are pretty relaxed when dealing with clichés. Does it bother you that there is still a very skewed image of German-Turks?

Not anymore. I freed myself from that topic with my album »Identitäter«. It was a form of liberation for me, in order to dissociate myself from this topic. You’re always labelled as the »Turk«. I’m sick of being reduced to my background, because I’ve got a lot of interesting things to say. I want to make art. Imagine an artist with German parents who is constantly asked about his Germanness. I can’t and I don’t want to represent a group of people, a country or a flag. Who am I supposed to be speaking for? I only speak for myself. Maybe I’m making it harder on myself by doing this because a lot of people need this generalisation, but that doesn’t really bother me. I’m just Chefket! In the song »Made in Germany«, amongst other things, you criticise Germany’s arms exports,. Currently, German weapons are being exported abroad again. Can you imagine yourself doing an album without any political statements? Or are political statements too important for you?

Political statements are so important to me that I wouldn’t stop making them, even if an album without a message would sell better. I just think that there are important topics that I can raise my audience’s awareness about. And I learn something myself along the way. But I’m not writing an essay on arms exports. For me, it’s about the emotions that each person has. It has to do with powerlessness in the face of things that you can’t change, or that you believe you can’t change. A lot of musicians are afraid to confront their fans with difficult questions because they might scare them away. I don’t have this fear. For example, if Germany produced a chocolate bar that was poisonous and killed people, everyone would say: »Hey, you can’t do that, it kills people!« But with weapons it’s different. The justification that it creates jobs doesn’t legitimise anything. It’s all very strange. Sometimes I ask myself if I’m too dumb, or if the other people are – I don’t have a clue. How can anyone be for arms exports? Even one single weapon is one too many. At your first live concert, your mother was one of the people listening. How does your family influence you?

They have a strong influence on me. My mother doesn’t tell me what I should write about, of course. But my upbringing, the way we treated each other, that all shaped me. Since my parents live in Turkey, we don’t see each other very often. My sisters surprised me and had my mother flown in. I didn’t know anything about it and then during sound check, all of a sudden, she was standing next to me. For her age (she’s almost 70) she stuck it out well. Maşallah! Family is the most important thing. You want to bring out an EP on which you sample old Turkish folk songs. Musicians like Yasin Bey aka Mos Def and Action Bronson have also done that. Can you tell us a little bit about the coming project?

Really, Action Bronson too? The idea came to me when I was in Montreal living with some artists.
My roommate asked me if I liked Turkish, psychedelic rock, and I was like: Of course, put it on. They were original recordings by Barış Manço and Erkin Koray that sounded really awesome, so I copied them directly. I already knew of quite a few things by Oh No, MadliB‘s brother. He has sampled many different things, including a song by Selda Bağcan. Reinterpreting the old songs is fun. The EP will probably come out after the next album.

I don’t want to name any big names and bring them down to my level, but I really like Bill Withers. In general, I like a lot of things from the past: Al Green, Miles Davis, Bob Marley, Jamiroquai, and Black Uhuru, along with others. Pablo Moses was definitely a huge inspiration as well. I used to listen to the album »Revolutionary Dream« a lot. The guy is just awesome. He looks like this crazy murderer, but has a soft voice.

Baklava or Stollen?
I’ve only ever eaten Stollen once. And it was dried out. So baklava, but only if my mother makes it. I can’t eat it anywhere else.

In the mountains or on the sea?
On the sea 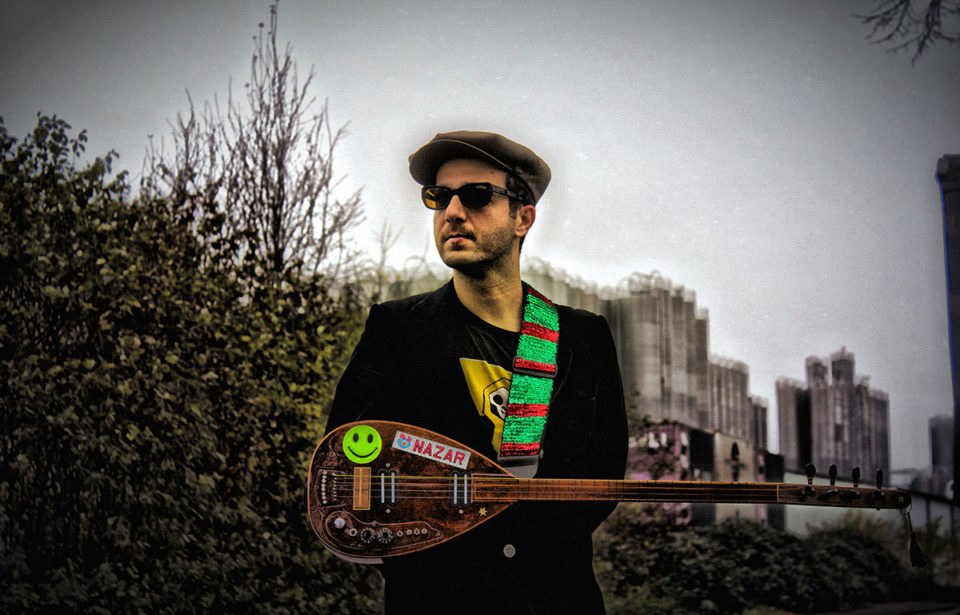 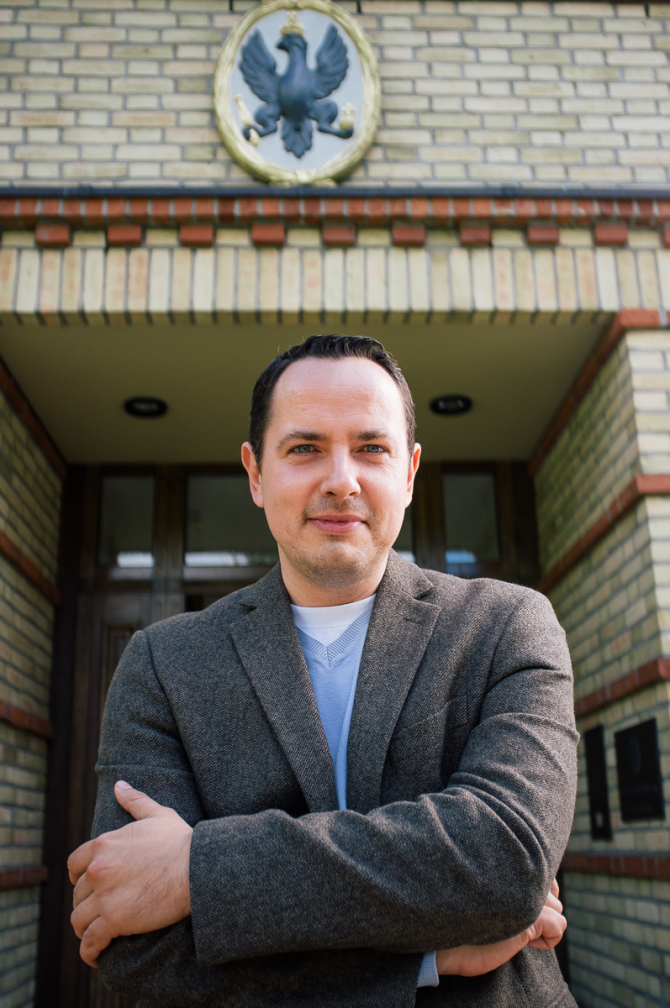 Facets of History: Turks in Brandenburg