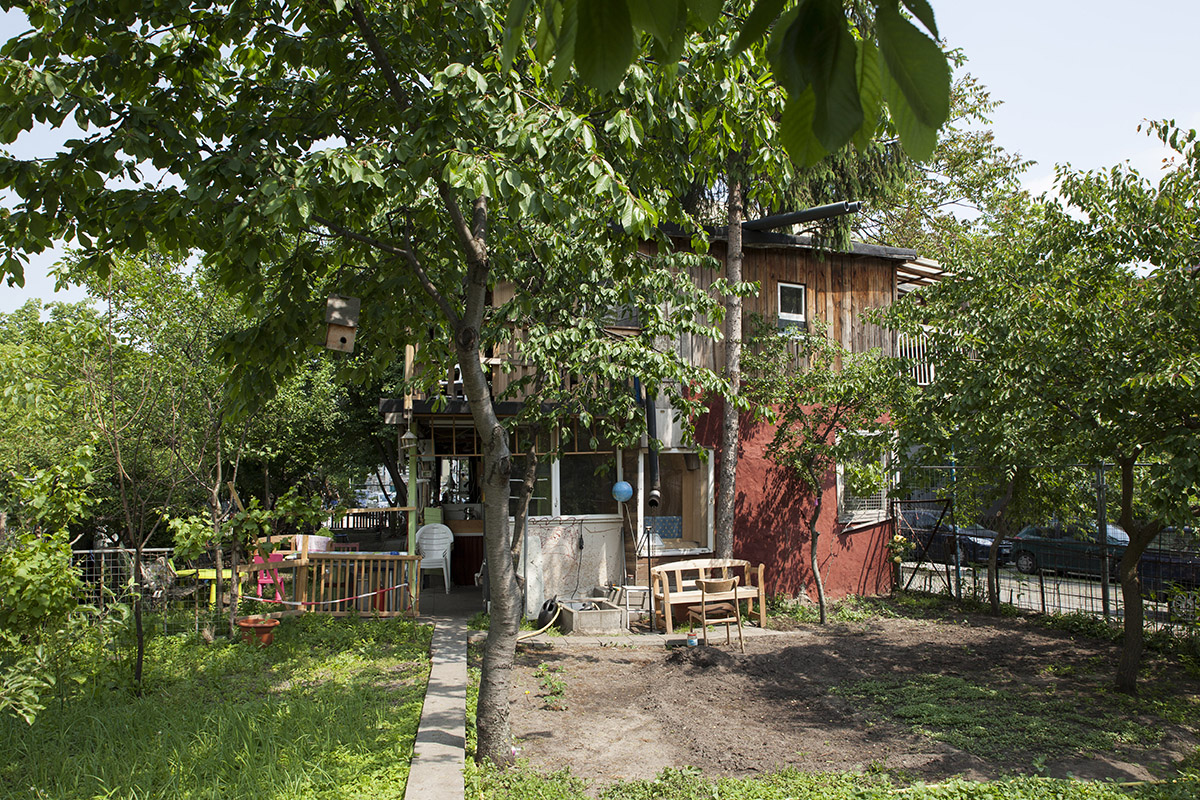 What began as harmless cultivation of vegetables on fallow land turned into Berlin’s cult house.

It’s been around thirty-three years since Osman Kalin took over the vacant plot.  During those times, when the Berlin Wall was still intact, Osman built a one-story treehouse. Really, it was a house that extended around two trees. The land the house was built on is a triangular street refuge that was used by neither the Eastern nor the Western sector back then. The land actually belonged to East Berlin, but, due to costs, the Wall was built around the street refuge and became part of West Berlin. So in 1983, it was a completely neglected fleck in Berlin that lay between two worlds. Gecekondu (turk.) is a word that describes huts that are built on private or public land, most often in the dead of night. These houses, which are officially prohibited, often pop up in Turkey, built by families with a low income who cannot afford a regular flat. Back in those times, Osman Kalin was living in a flat in Bethaniendamm. He could see the littered plot on the Wall from his window and unceremoniously decided to use it for himself. The wooden house was also a one-story hut because East Germany forbid him from building it any higher. The Wall fell six years later. Osman expanded the garden, which today has reached 80 square metres. The house has also experienced another story. Throughout the years, there have been multiple arson attacks, but Osman did not hesitate to rebuild the house, which now rests on a concrete foundation. The reason behind the arson attacks is still unknown. It wasn’t rare for Osman to become involved with the government, since the plot officially did not belong to him. The district authority of Mitte accused him of illegally using property that belonged to the government. Osman was called to clean out the plot, but he refused and was energetically supported by inhabitants of Kreuzberg. In reality, the district authority had another agenda. It needed the plot as part of a redevelopment of the Luisenstadt Canal. In the end, it was not completely developed.

Today, his hut is one of the most visited attractions in Kreuzberg. When visiting Osman’s Gecekondu, one can observe his wonderful, small world. However, it is only complete when the sovereign of the Kalin palace is present. One could even call him the “good spirit” of the garden, as he completes the atmosphere with his warmth. Today, Osman is over 90 years old. His gecekondu is still a place of tranquillity for him and he enjoys coming to it. Every once and a while he sits in his garden, waves at a neighbour here and there and enjoys the small oasis he created in the large capital. what has been said, undone

The facades of istanbul