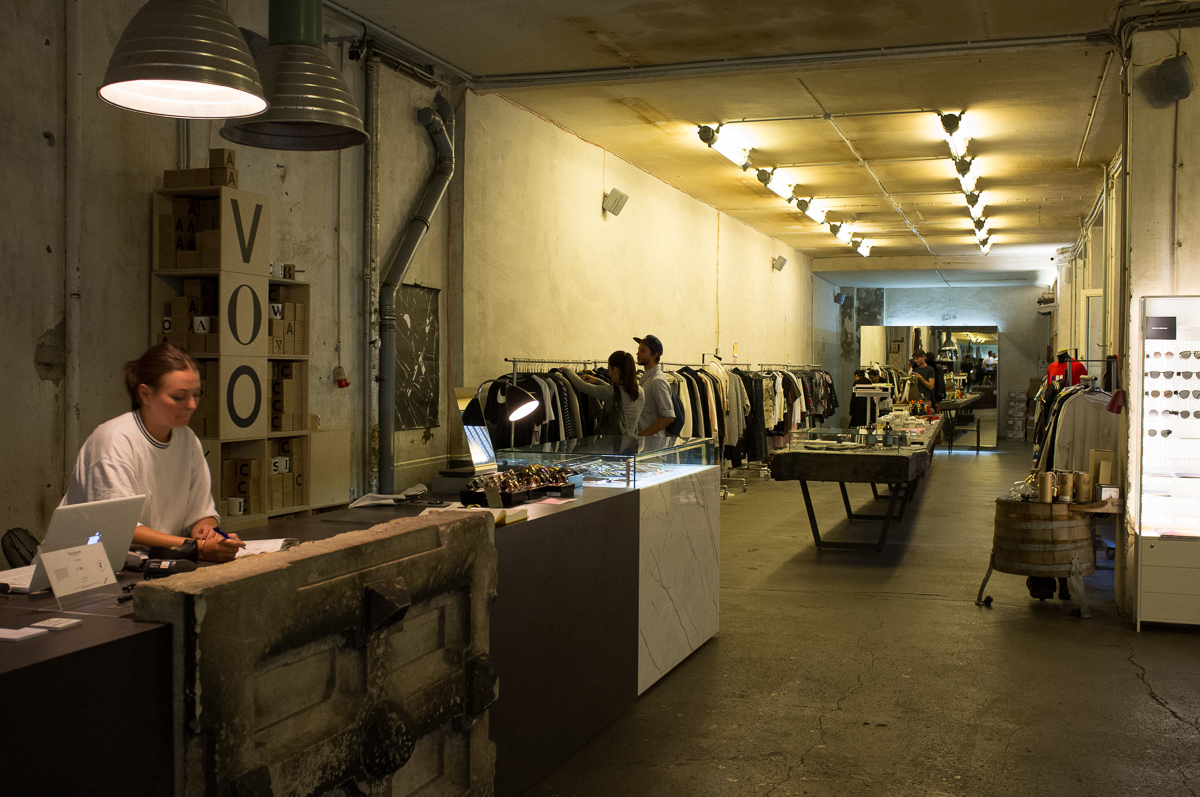 Voo Store, which the Müjdeci brothers opened in 2010, is one of the best shopping locations in the city. The 300-square-metre (approx. 3300 sq. ft. – ed.) store in a backyard in Kreuzberg stocks a variety of brands such as Acne, Henrik Vibskov and WoodWood – as well as lesser-known fashion designers. Yasin Müjdeci told us how the store came about and what he’s planning to do next. How did you get the idea to open a concept store?

This isn’t just about Voo Store. The store is part of a larger story. Voo was a kind of side-product.

My brother and I moved to Berlin from Ankara to study ten years ago. First, we decided to publish a guide for Turkish cultural events in Berlin. Then, one summer, we set up an outdoor cinema showing Turkish films from the 60s and 70s. The number of spectators suddenly leapt from 20 to 30 to so many that even the Spiegel magazine wrote about us, and Berlin’s mayor Klaus Wowereit came to see us. We had to find a new location. We found a garden that belonged to an old Turkish men’s cafe on Skalitzer Straße. We were able to take over the store, as well, but swapped with a Turkish supermarket on Oranienstraße two years later. Today it’s the Luzia bar. It was a success from day one.

Food was never the defining factor; we really wanted to bring together creative people. I’ve always been interested in fashion. After looking around on the Internet, I came up with the idea for the concept store. At first, we had no idea whether it was going to work, but then it did.

How did you find this location?

This used to be a beautiful old forge, run by two Turkish brothers. The sign for the Luzia bar was made here. One day, I needed some metal work done and the place was empty. I called the property manager and rented it. You know how you can be looking for something and you can’t find it? I was lucky, this location found me. Where did you get the name Voo?

Our first employee once asked us if we would like to play voodoo, that’s when we came up with the name. Voodoo sounded a bit banal, so we shortened it to Voo. It’s easy to remember the three letters, but there’s no other obvious connotation, so people immediately associate the name with our store.

How did you find your creative director?

It was easy. I met him at a PR agency. He is actually a geographer. I often find it far better to work with people who don’t come from a fashion background.

Does your concept store really belong in Kreuzberg?

I would say Kreuzberg is the only place in Berlin where our kind of concept store can work. Kreuzberg is different from the rest of Berlin – so is our store. You need to do a bit of research beforehand and be looking for something new, or be interested in fashion, to come and find us in this backyard. I like that. How do you find the right products for the store?

Sometimes it’s just a coincidence if our creative director Herbert Hofmann or I find something or someone sends us an e-mail with a proposal. Sometimes we find things in a collection by a brand we knew from previous years. The selection process is really important: we put our heads together for ages before we choose an item, but if we’re convinced about it, it always sells.

Have there been any highlights so far?

I am always delighted when people come to Kreuzberg looking for Voo. Various fashion designers and other famous people have sought us out. But most of all, I love it if I see someone on the street wearing our stuff.

What about concept stores in Turkey – have you thought about it?

I’ve got friends in Turkey who run their own stores. They all say it is very difficult. People with any money in Turkey have a different style, it’s what I’d call nouveau riche, and it’s hard to counter. Rita Lino. We didn’t want a traditional product-photographer; we were looking for someone with an artistic background who wouldn’t take standard photos. As soon as I saw Rita’s portfolio and got to meet her, I knew she was right for the job.

What’s in store after Voo?

I think I’ll be doing a lot of travelling next year. My brother has just finished making his debut film and it has been selected for the competition at the Cannes Film Festival. He’ll be competing against Fatih Akin and I’m very proud of him. I think he’s a real artist. After Cannes, we want to take part in various film festivals all over the world – Tokyo, for example. I am looking forward to doing something new, and finding new motivation again. 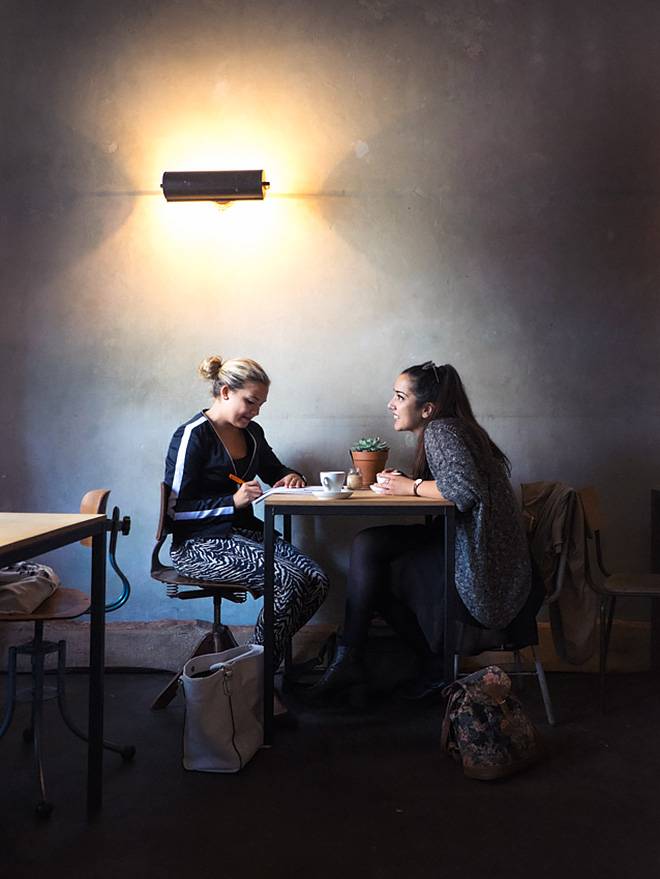