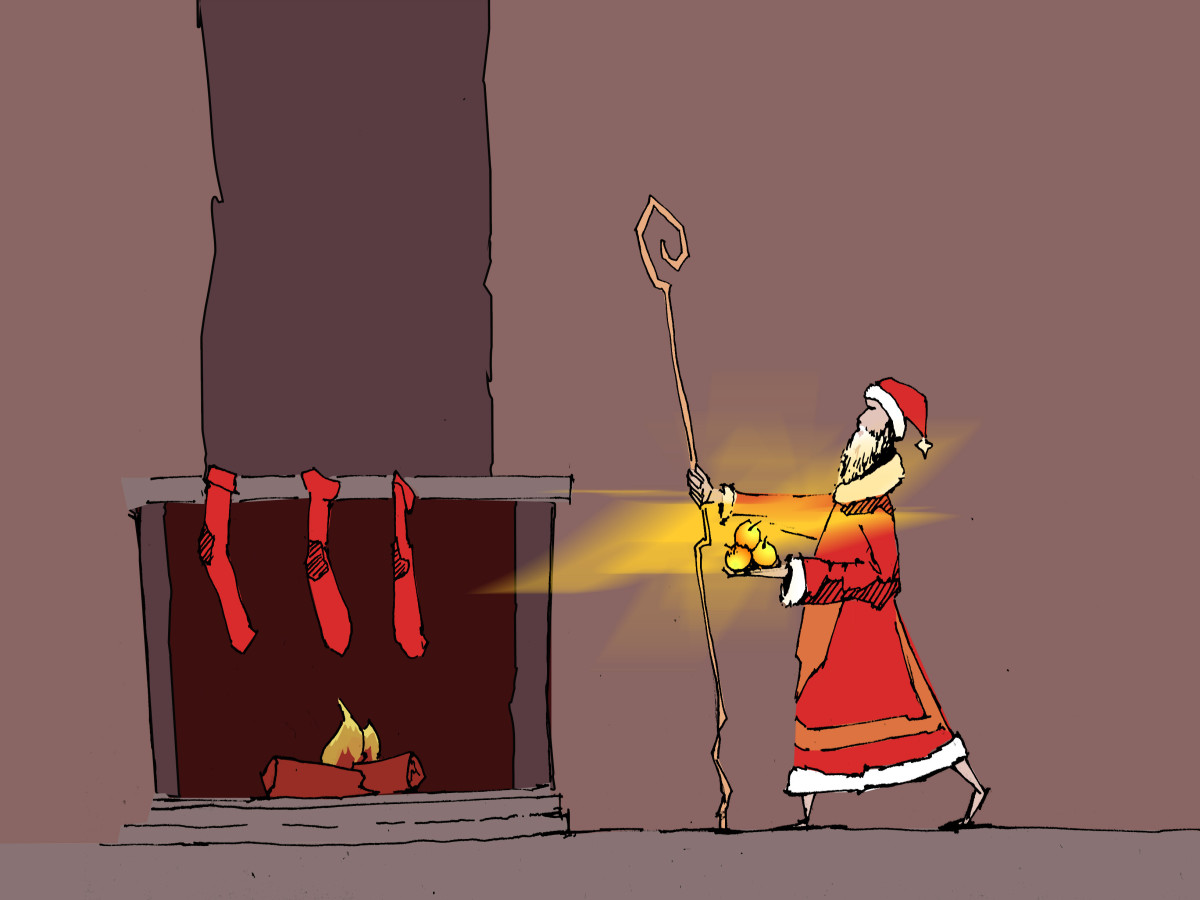 On December 6 it’s happening again. St, Nicholas is coming. On the night before, children will put their boots in front of the door so he can fill them with sweets. St. Nicholas’ Day increases the anticipation for Christmas. I wanted to put my boot outside the door just like the other kids, but my father disapproved. In his view it was a Christian custom. Why should we, as a Muslim family, follow this Christian tradition? If you go through big cities in Turkey nowadays you might be overwhelmed by the abundance of Christmas decorations. For them they are decorations for New Year’s Eve. Because St. Nicholas will bring presents on New Year’s Eve. Some people are even firmly convinced that St. Nicholas was a Turk. We got to the bottom of this. The bearded man in red

Okay, he has a beard like the Turkish hacıs (shouldn’t we use the English word?) who have returned from the pilgrimage to Mecca, and his clothes are red like the Turkish flag. Recently he has even brought presents to Turkish children on New Year’s Eve.
Even though some evidence might support the assessment, St. Nicholas was not Turkish. The only connection to Turkey would be his birth place Patara: A small sleepy village near the Turkish tourist town of Antalya. But if you consider the era in which St. Nicholas was alive, then it’s clear he couldn’t have been Turkish. He was alive between 270 and 365 A.D., during the time in which the Roman Empire was in control over the area around Patara.

He is the first popular Christian scholar of his time. He spent a long time as bishop in Myra (also near Antalya); that’s why he is also called Nicholas of Myra. He spent his life there very modestly. And he probably distributed his whole wealth among the poor. That’s where the custom of giving presents comes from. He made his mark by helping numerous people and therefore he went down in history as a hero and saint. This means that he is not just a myth and shouldn’t be confused with Santa Claus. Santa Claus is actually a mixture between St. Nicholas and a creation from Coca Cola. He delivers presents either on Christmas Eve or Christmas Day. December 6th is said to be the day St. Nicholas died. The date of his death is a feast day in Christianity and is now a day for giving gifts. For children in European countries, St. Nicholas Day is very important. St. Nicholas is deemed the gift-bearer. On the night before St. Nicholas Day children put shoes, boots or plates out in front of the door or hang socks on the fireplaces so that St. Nicholas can fill them with nuts, tangerines, chocolate, gingerbread biscuits or other sweets.

Why are apples given away as presents?

If you look at church paintings of St. Nicholas, there are often three apples or three golden spheres next to him. According to legend, a very impoverished man wanted to sell his daughters into prostitution. After St. Nicholas learned about this he threw three lumps of gold into the chimney, which landed directly into the daughter’s stockings. They had hung them up there to dry on the night before. Thereby St. Nicholas saved the virgins from prostitution. Another legend describes how St. Nicholas banished all the devils from the Temple of Artemis. When Christianity spread, its followers were looking for new houses of prayer. Roman temples were unceremoniously converted into Christian houses of prayer. According to legend, devils enjoyed being erroneously worshiped by Christians. St. Nicholas wanted to end this, so he went to the Temple of Artemis and started to pray loudly. Suddenly the pillars and statues around him crashed down and the devils fled. Out of sheer despair they asked St. Nicholas where they were supposed to live after he had destroyed their home. St. Nicholas just answered: »Go to hell.«

The miracle after his death

More legends are awarded to St. Nicholas even after his death. A well known legend is that of the abducted child: A couple of days after St. Nicholas had died a man came to him to ask for his blessing. His wife couldn’t bear children for him. Although St. Nicholas was already dead, the man prayed and eventually took a piece of the linen which was lying next to his body. One year later, exactly on December 6th, his son was born. He was abducted by Arabs when he was six. But he didn’t stay with them for long, because a tornado picked up the child and soundly put him down next to the Church of St. Nicholas.

St. Nicholas of Myra did actually exist. Next to his numerous rescue missions he is supposed to have converted a lot of Jews to Christianity, brought dead people back to life, prevented natural catastrophes, and urged kings to rule justly. It’s up to you to decide which of the legends you want to believe. 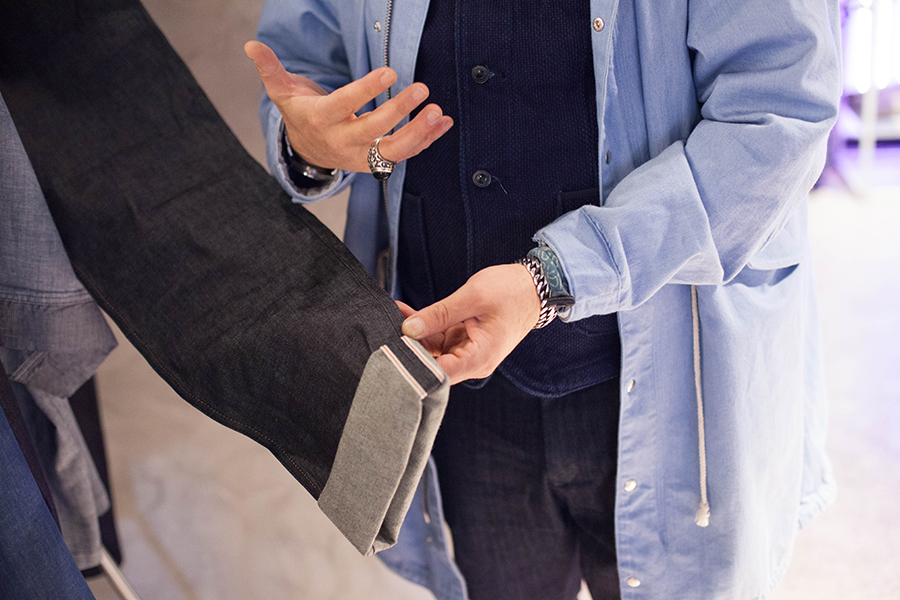 By Order of Denim