I grew up in different countries around the world with an American mother and a German father, mostly in West Europe and North America, and thought I was incredibly open-minded and cosmopolitan. That is, until I moved to Istanbul for work. I was working at the Goethe-Institute and was in charge of a large EU project. For it, we toured across Turkey and brought various European artists to twenty-four cities in Anatolia for readings, concerts and exhibitions. At first, my husband and I lived on the European side of Istanbul, later we moved to Kadıköy, more specifically to Moda, possibly the city’s most beautiful district.
Across from our apartment was »our« bakery, a few houses down was a small supermarket and a barber shop where my husband often enjoyed a shave. We loved our district with its beautiful streets. On the weekends we sauntered past old wooden houses, student cafes, antiquarian bookshops, churches and synagogues. There was a fish market, the old ferry dock, even a Marxist cafe with tasty home cooking. We gave the street dogs names like Ronaldo and Zeytin. Most importantly, we had Ahmet, who ran a small restaurant in our street together with his wife. The first time we viewed our flat in Moda Caddesi we landed at his place by chance. »Liebe geht durch den Magen« (engl. »The way to a man’s heart is his stomach« — ed.), Ahmet said to us in German. He advised us to stay in the district and it was the best decision we could have made.
From that day on, we ate at his place almost every day. Whenever we were wiped out late in the evenings after work, we left the stress on the other side of the Bosphorus and came to Ahmet. And he brought us the most delicious appetizers, salads, main courses, desserts and tea. Every time we asked for the bill, he thought for a moment, and said »Er… seven«. Seven Lira! At that time it was about 3.50 Euros. It went on like that for months. We tried to explain to him that he couldn’t run a business like that and, despite his loud protests, paid an appropriate amount. Ahmet’s restaurant became like our second home. We even spent New Year’s, which he stubbornly called »Christmas«, with him and his wife. But that isn’t my story, it’s actually Günter’s. Günter is my father-in-law. He is from Leipzig and couldn’t leave the country for half of his life. At best, the family drove to the Baltic Sea, or occasionally to Czechoslovakia. When the Wall fell, they could go to North Italy by car. Later, Günter even flew to Paris for a weekend. Günter is a very organised person. His daily routines between work and garden plot are timed to the minute. Somehow, we convinced Günter to come to Istanbul, which is, putting it mildly, not a very orderly city. We racked our brains, planned a program for him and his partner, and begged a friend to take them through the city while we were sitting in the office. Would Günter hate the city and curse us? The dirt, the noise, the traffic! And foreign people everywhere. On the contrary, Günter fell deeply in love with the city. He really loved it! He walked animated though the streets, sat down for a beer in a men’s cafe where he was welcomed with a handshake at once. He explained to us where the best fish sandwiches were on the docks, and that we wouldn’t really know Istanbul until we visited the fortress Rumeli Hisarı with its marvellous view of the Bosphorus.
One evening he picked us up from the ferry. Flower sellers often stand there, yelling »bir milyon« – a million, meaning one Lira per flower. We hurried to the gate and there stood Günter in the middle of all the hustle and bustle, yelling, »bir milyon! bir milyon!«, grinning from ear to ear. That’s how at home he felt there. At some point, we almost expected to find him with the other men, sitting on a wall, chewing sunflower seeds and counting the beads of his prayer beads. At the end of his trip, he announced to us, his eyes gleaming, that he wanted to buy a house in Istanbul if he ever won the lottery. On his final night, we went with Günter to eat at Ahmet’s. In the meantime, he had changed locations. There was now a giant Ocakbaşı–Grill and a lot more room. Ahmet prepared the best fish for us and placed the finest delicacies on the table. Rakı and Efes were flowing, the music gradually grew louder, and at some point Ahmet jumped up and taught Günter a real Turkish men’s dance. At the end of the evening, Günter ended up in the kitchen, smoking a nargile pipe with Ahmet and his employees. Günter! A hookah! I will never forget his cheerful smile. Günter received a small nargile as a present from a friend when he left. It now sits in his home in Leipzig-Stötteritz on the sideboard, and who knows whether or not he smokes it once in a while.
I, too, learned a lot and experienced a lot in Turkey. I saw cities like Trabzon, Kars, Urfa and Antakya, got ripped off in Istanbul, was spat on by a taxi driver, and was cheated out of my security deposit. My heart almost stood still when a handyman at our place climbed out of the window in order to repair the gutter while a colleague held him by his belt. But the two years in Istanbul shaped me for the rest of my life and left me with wonderful friendships. Through the warmth and hospitality of the people there, I learned to invite friends and acquaintances for a coffee or meal as often as possible, and no matter where I am in the world, whether in a minimart in London or a taxi in Berlin, I always have splendid conversations about my time in Turkey.

…to Marion Schnelle, for this highly amusing story from Istanbul. Marion commutes between London and Berlin as a freelance author, editor and translator. She co-ordinated the Yollarda Literature Project from 2007 to 2010 for the Goethe-Institute. The phenomenal illustrations are by Rikk Nerlig, a freelance graphic artist and illustrator by trade. Thanks a million! Have you also got a great story that fits into the German-Turkish context? Send it to me at: redaktion@renk-magazin.de 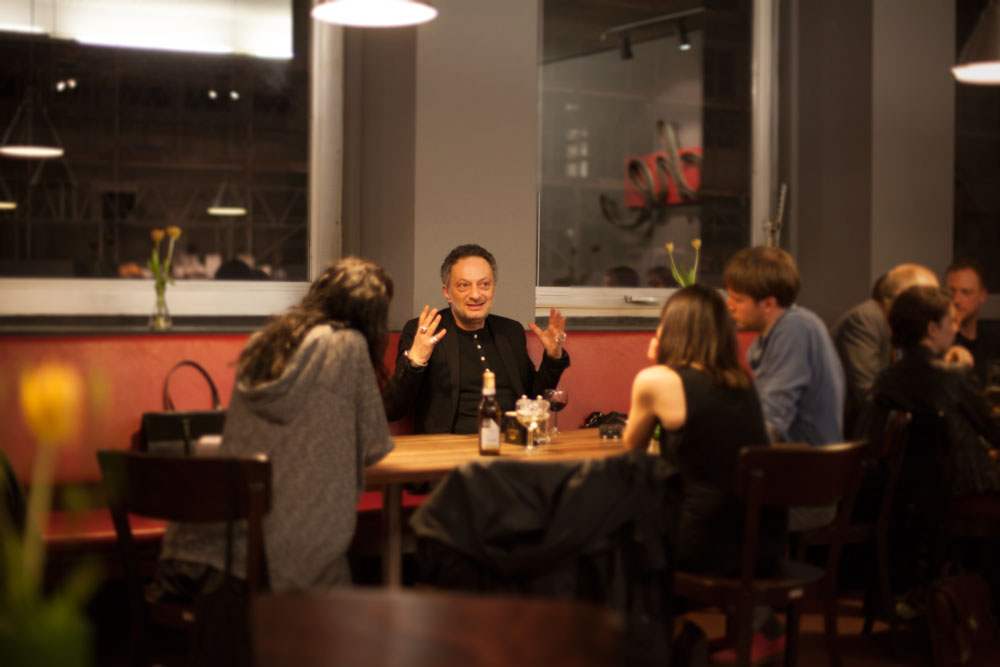