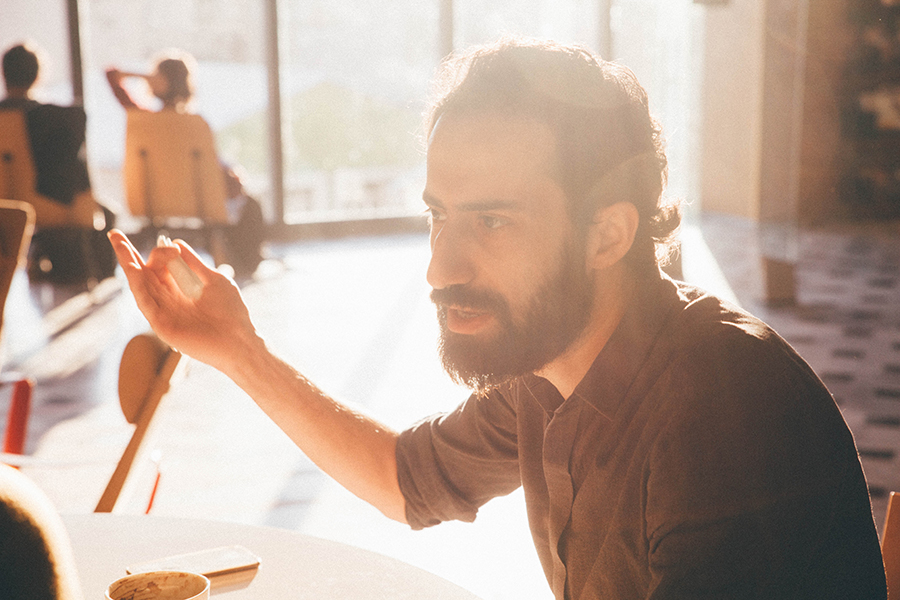 Erdal İnci is a new media artist from Turkey, who creates hypnotising CIFS and was a part of the renk. film premiere and performance “One Million Steps”. renk. has already showcased some of his GIFS and during conversation, he now tells us more about his art.
Erdal İnci comes across as serious when he talks about his work. The low-sitting winter sun blinds us through the front windows of SALT Galata, one of Istanbul’s most important art institutions, and our meeting place. He gained growing attention this year thanks to his GIFs. Erdal clones himself digitally multiple times, on different squares in Istanbul or Berlin, and in this way creates surreal digital works of artwork. Right at the beginning, he whips out his mobile and shows me his newest project, which is about Berlin. Born, raised and having gone to university in Ankara, after finishing his painting studies, he, like most Turkish artists, felt a pull to Istanbul. In time, he gave up classical painting and devoted himself more and more to digital art. He has already had his first exhibitions, exclusively featuring GIFs, both in the Istanbul gallery BAUART and in the Galerie Michael Schulz in Berlin, debuing at the beginning oft he year. At the moment, he moves in between the two cities. A few years ago, Erdal began visualising music and creating animations that had neither a beginning, nor an end, and endlessly repeat themselves. He later began creating short videos. “I only use a tripod and a camera to shoot, I don’t need anything else.” I set up my camera and perform, I walk or run around, it’s not really anything special.” Since the public space for his GIFs must be as empty as possible, he shoots late at night or early in the morning. For the sake convenience, the artist himself is the protagonist of the continuous loops. Erdal actually prefers to stand behind the camera and would like to collaborate with performance artists in the future. He finds that GIFs are the perfect format for his videos, which are only a few seconds long.  However, the editing of one GIF can take up to ten days, which he describes as the more demanding part of his work. „Everything is real, except for time“

After initially experimenting with the form, Erdal wanted to express more with his work. In a GIF created for Die Zeit, he thematised the unequal distribution of wealth in Turkey. People also inquire about other commissioned work. “For my stile, the cloning technique, I use public spaces as a stage,” he emphasizes, and explains why he looks for well-known places. One associates many themes from a political-social context with places like Taksim Square. “I manipulate time. But the place is real, the movements are real, the performance is real.” Moreover, due to their short length and repetitions, the GIFs have a hypnotic effect. “Everything is real except for the time,” he fittingly explains. For the “Taksim Spiral,” the artist dressed up as a figure from the working class, cloned his self exactly 1024 times, and placed himself in the middle of Taksim Square. In that way, one figure turns into a mass of people. The spiral symbolises order, but simultaneously also chaos, similar to Taksim Square’s problems, says the artist. Erdal would like to address specific topics, without commenting on them. However, he says there is no association with the Gezi Protests, “because Gezi as an event was already a collective piece of art.”

A new Form of Art

In his current project, the topic is once again Berlin. In the capital, the shape of the Berlin Wall segments caught Erdal’s eye. He researched the details of the fourth generation segments from 1975, of which about 45,000 were used, and then visualised them digitally. He duplicated the model he created exactly 45,000 times, and placed the pieces together in the form of a single segment. To demonstrate its enormous size, he measured Alexanderplatz, with the help of Google Earth, and then, in real dimensions, “placed the entire construction next to the television tower because everyone knows its size.”
For Erdal, the visualisation of data is a new form of art, which allows various disciplines to unite, and different topics to be addressed. Next, he would like to print his computer-generated model in 3D in plastic or metal, and is currently searching for sponsors. “Contemporary Istanbul” is the largest art fair in Turkey, and gave him the opportunity to introduce his work to a larger audience in November of this year. “Something is cooking in Istanbul’s art scene. But I think that Berlin is currently the capital of art in Europe.” He likes the city, it feels familiar to him. If he can realise his current project there, he would move back to Berlin, he says, before we once again join the masses of Istanbul. 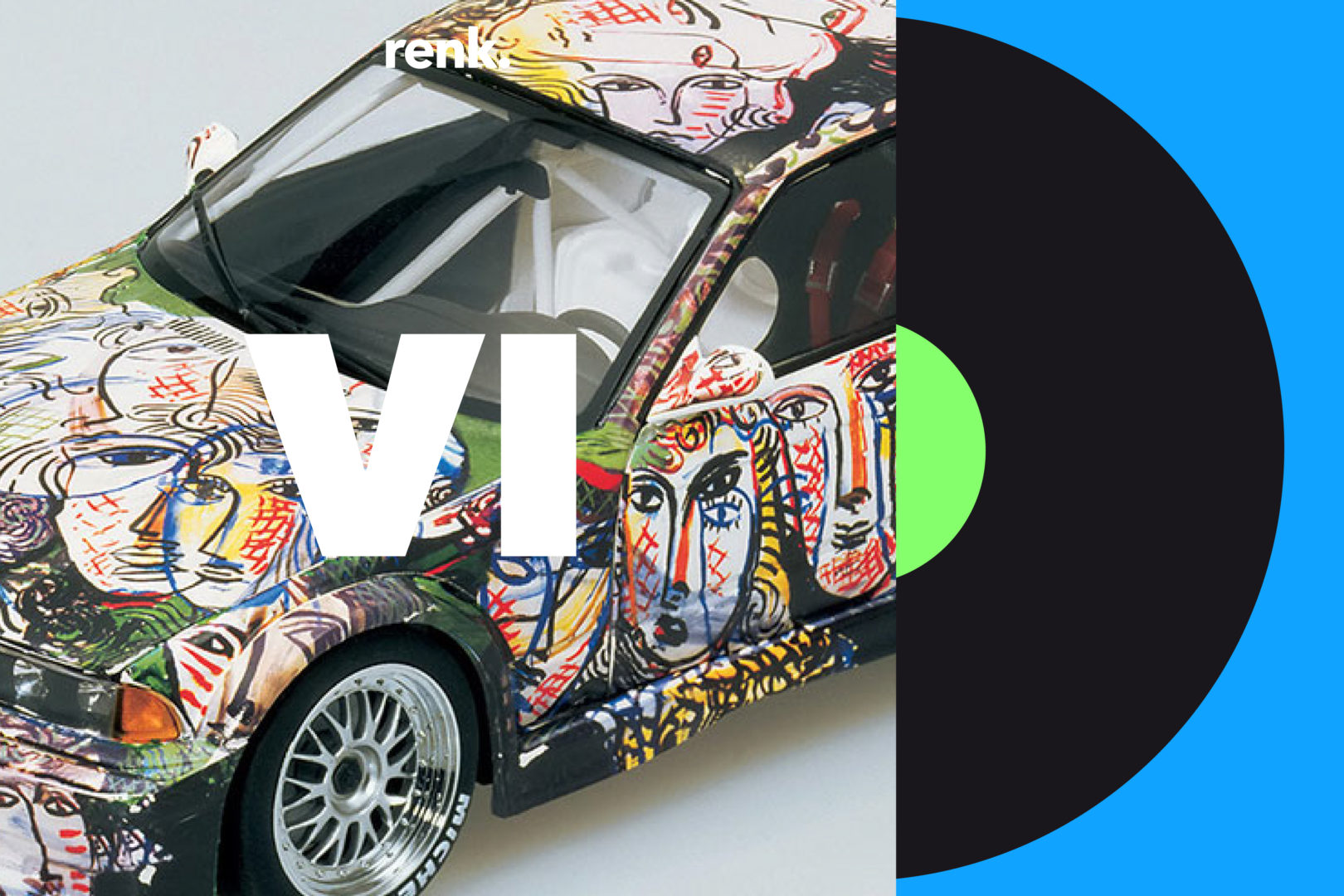 B-Seite – Cruising in the 3 Series BWM