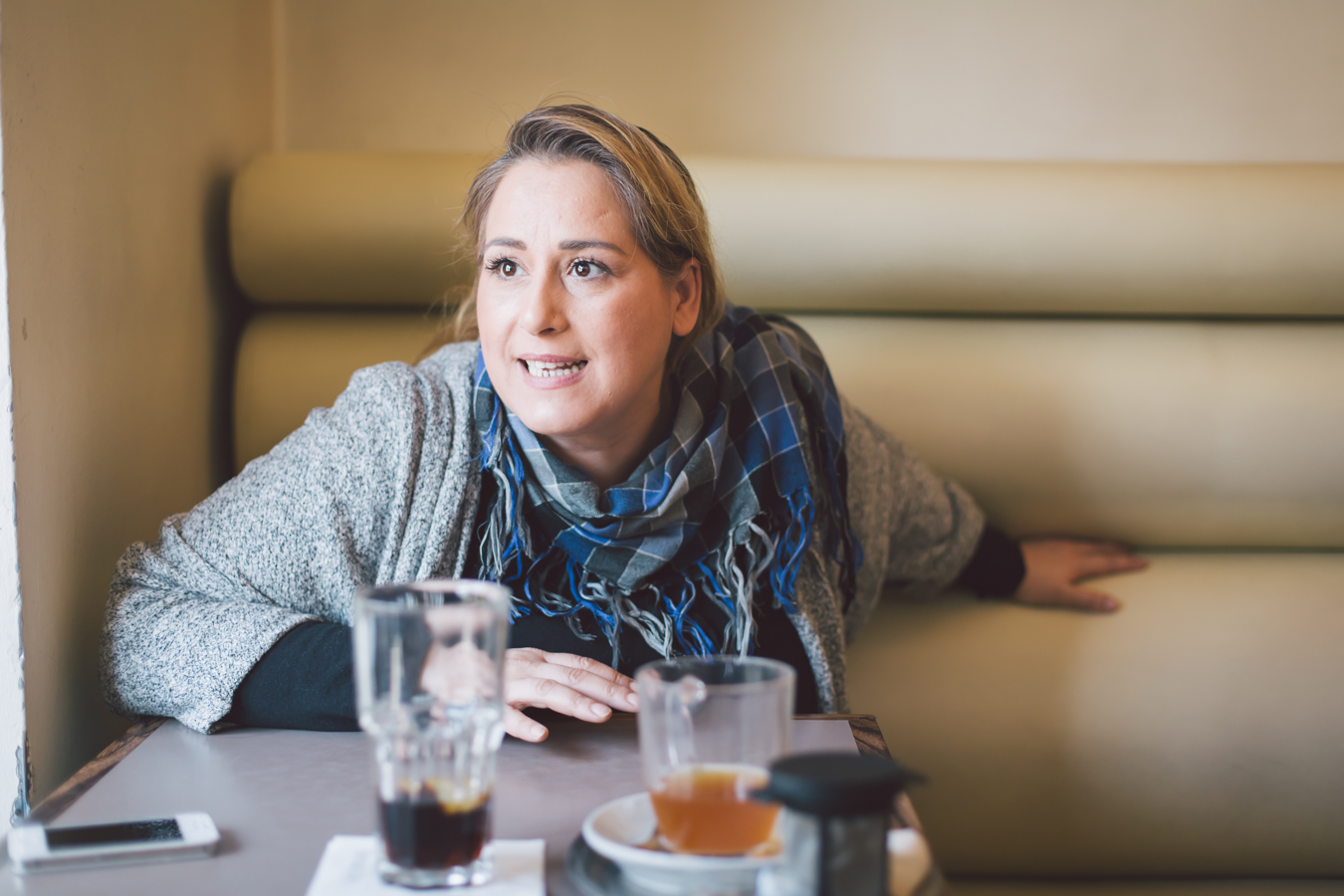 The German Hidden in the Body of a Turk

We met Idil Baydar in Berlin-Kreuzberg for a second breakfast. Idil became a YouTube star with her role Jilet Ayşe and now has a stage program in the Bar jeder Vernunft. In our interview, we spoke about her different roles, Farmville and Waldorf schools.

You describe your roles are social satire – what does that mean for you?
It’s a chav figure who can say anything. A bit like a court jester, actually. It could have also been called cultural satire, but that would have missed the point. By the way, for everyone out there who hasn’t figure it out, it’s irony! You play two roles. Gerda Grischke and Jilet Ayşe. How and when did you come up with them?
It was Christmas 2011. They were created at the same time. I had developed Gerda for a smaller theatre play and I just found Jilet on the street. Back then I was working in a few schools so I could observe a lot.

Currently, Gerda is in Jilet’s shadow.
True, but I think it has to be like that. They both tell the same story, actually. Maybe I can just convey it more authentically with Jilet. What many people don’t know is that the lives of the two figures overlap. Aside from the whole other stuff that she spouts off, Jilet also talks about her sister who has a boyfriend – the son of Gerda Grischke.

Can you describe Gerda and Jilet for us?
The German Gerda hurts to listen to.  The whole subtext that you hear from old grandmas: Should we be scared of foreigners now? Maybe we should just let the Indians in? Gerda expresses quite directly. “They don’t mean nothin’ bad by it. I ain’t got nothin’ against foreigners in foreign countries, you know. But you can’t ‘ave them here, too, innit? That’s why they call them foreigners, darlin’. Cos they ain’t here!” Jilet is angrier and is more associated with being funny. It’s a little like the small, always angry Frenchman Louis de Funès. The angry tells a story that is so funny that you almost forget the pain in it.

You can find them both in the same socio-cultural milieu. Both are poor, both are losers of the system. On paper, Gerda did everything right: She worked hard her whole life but now receives such little pension that she has to turn tricks behind Bellevue Palace. And because someone has to get blamed, it’s the foreigner.

And you sit on the street and watch the Gerdas and Jilets?
More or less, yes! I randomly wait at the bus station, stay seated and listen. Just recently an old granny sat next to me and told me, “David Gerrit wears such horrible trousers he should be sent to a work camp.” When I asked her if she’d been to one herself she just replied, “Nooo!” “In reality, Idil is a German
hidden in the body of a Turk!”

And you just respond directly?
Of course! I always try to signal to them that I get them, otherwise they don’t continue.

Do Jilet and Gerda bother you sometimes?
They’ve completely occupied me, and because Idil is such a wuss, it doesn’t bother her. In reality, Idil is a German hidden in the body of a Turk!

So you don’t separate them and say, “It’s six o’clock, Jilet’s clocking out!”?
No way! It’s 24/7 craziness. Sometimes it gets on my nerves so much that I just play Farmville excessively and tell people I’m really busy. You didn’t have a classical acting education.
I don’t need it, either! I used to go to a Waldorf school, and us Waldorf kids have a basis education in arts, we can just do stuff.

Oh! There are such great clichés about Waldorf schools, like that you dance your name – do you not like that?
No, for me Waldorf schools are the esoteric, imperialist peak and one always laughs from the top down.  I am pretty esoteric myself, but also open to al other possible explanations. I can only recommend Waldorf schools. It wasn’t so elitist, and yet still very international and your nationality didn’t play a role whatsoever. Why do you enjoy polarising so much?
I used to blab the whole political correctness crap and one listened.  Problems often begin in your ear and I try to get right inside with my roles. It really is that you always see what you think. In school, they often talk about a deficient view. Student with a migration background do worse in the German school system than their classmates without a migration background. In Germany, recommendations to go to a better-level school are allocated based off of social background.

Some can override that if they don’t like what is written on the paper.
What about those who can’t? Later they become unpleasant. It’s better to care about them now than when they’ve got a knife to your throat. We simply do not live in a meritocracy where everyone gets what they deserve; we live in a society based off of background.

But to what extent does Jilet’s role benefit these people? Doesn’t it just stir up more prefabricated images in people’s minds, in this case of teachers?
If you are a teacher and claim that all your students are like Jilet and don’t reflect at all about what is being disassembled on stage, then that’s irresponsible. It is their job to question why Jilet is the way she is.

That means your wish is that people begin questioning things when you are on stage?
People should think about whether or not it’s is actually reality. 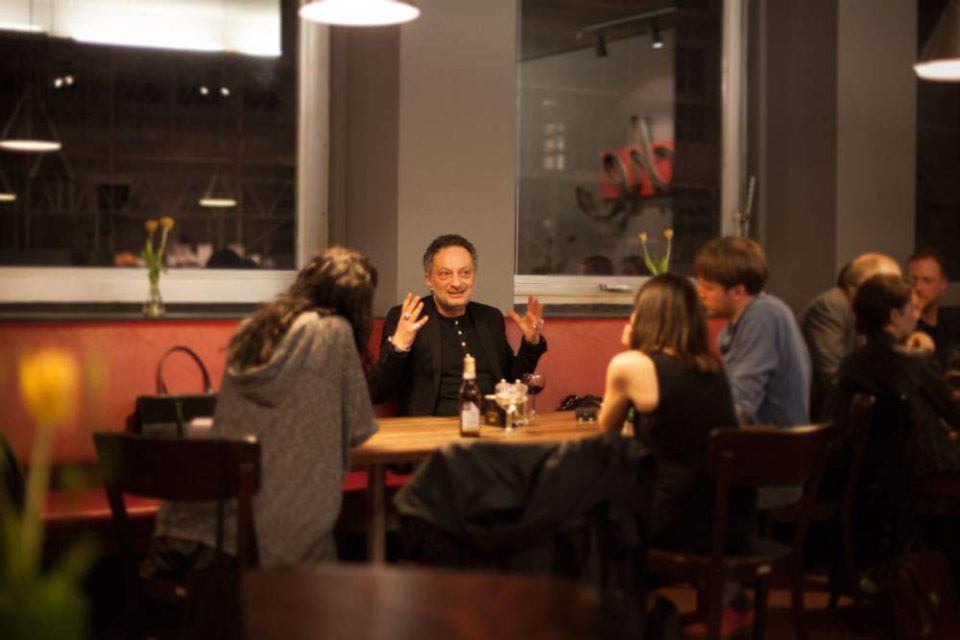 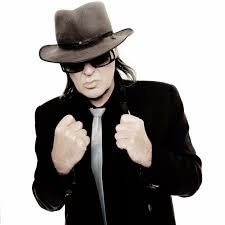