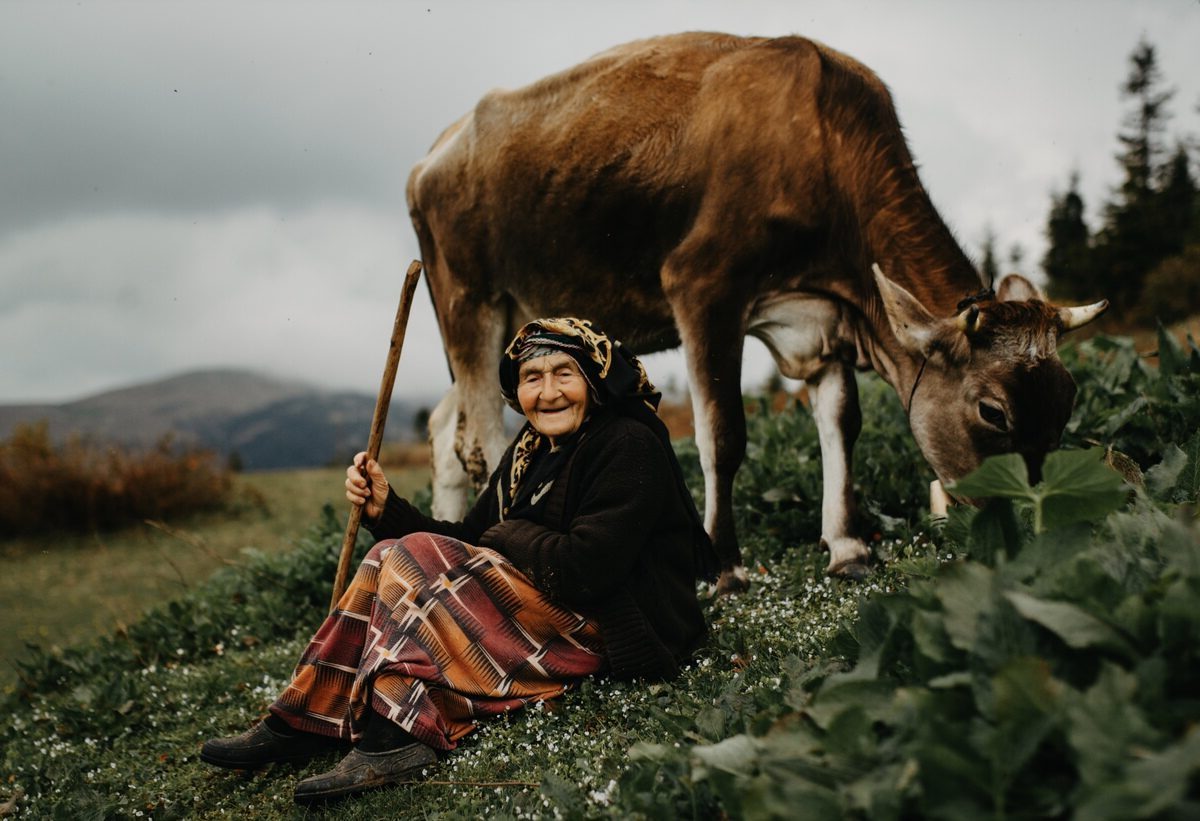 You might have come across the term BIPoC within media productions more than ever before. It is a term that has existed for quite some time already. The acronym stands for Black, Indigenous and People of Color. The term raises awareness to distinctive levels of a collective discriminatory and racist experience of a plethora of communities in the US but also in other white countries of the world, such as Germany or the UK. In Germany, these experiences go underground because there are different ways of institutionally addressing BIPoC. The most common descriptions are ‘people with migrational background’ or ‘descendants of guest workers’. In contrast to these descriptions, BIPoC underlines the collective experience. However, sometimes the ‘I’ within the acronym is left out. A major reason for this is that indigenous people supposedly would not exist in Germany and other European countries. This is a common fallacy over here, but, apparently the opposite is the case. There are  indigenous people in Germany and Austria, too. By abolishing the ‘I’ for indigenous, those communities are left out from the equality debate.

Indigenous people = ‘I-Word’ of the US?

When speaking about indigenous people Germans will automatically associate it with indigenous communities of the US. In addition, there is a historic misapprehension of the  term ‘indigenous’ in the German language. Indigenous translates into ‘Indian’ and was referring to people from India. As time passed, the mistake manifested itself into the language. And now a number of media productions refer to a stereotypical view of indigenous people. Around 1850, the German author Karl May wrote stories about Winnetou, a tribe leader of the Mescalero-Apache tribe of the Southwest of the states. His stories became very popular among German society. Later, in the 1960s the stories gained a second wave of popularity. The reason was its movie adaptation. Another example is the song ‘Cowboys and I-Word’ by German singer Olaf Henning. His song surrounds a child game with the same name. ‘Who is a afraid of the black man?’ is the title of another questionable child game. Following cultural appropriation, costumes during carnival often are motivated by stereotypical images of cowboys and indigenous people. Carnival is a traditional event, mainly taking place in the west of Germany. On this day people also color their faces in a darker shade which reminds of Black-Facing. A couple of colorful lines accentuate the stereotypical image and oriental henna tattoos are supposed to complete this costume. The whole idea is romanticized by childhood Disney stories of Pocahontas. The perceptions in Germany surrounds well-known communities, such as the Aztecs of California (or the video game Anno), the Inuit of Greenland, or, the Inca of Peru.

A question of identity

There is no officially accepted definition for indigenous people. However, the UN has provided a fact sheet, which can serve as a first guide. Accordingly, there are 370 million indigenous people worldwide, spread over 70 countries. ‘Indigenous’ is a generic term. There are communities that prefer different ways to address to themselves. Options include tribe, ethnic minority, first nations, or aborigines. Considering the numerous migration flows of the last 15,000 years to Germany, a definition that considers identity is fruitful for indigenous people here. My aunt for example, is a German Turk married to an Inca husband. Their two daughters are indigenous as well as people of color in an intersectional view, i.e. IPoC. Along the self-identification the minority status, a language that is different to the national language, cultural properties, as well as religious beliefs are listed in the guide. For older generations of the Inca, there is the deity princesa del sol watching over humankind. A close connection to the concept of territories and the surrounding natural resources is important for many indigenous communities. It should be mentioned that many people these days have adapted their way of living to the globalized and industrial world of today. Let us move into an overview of three distinctive communities of Europe and Eurasia. 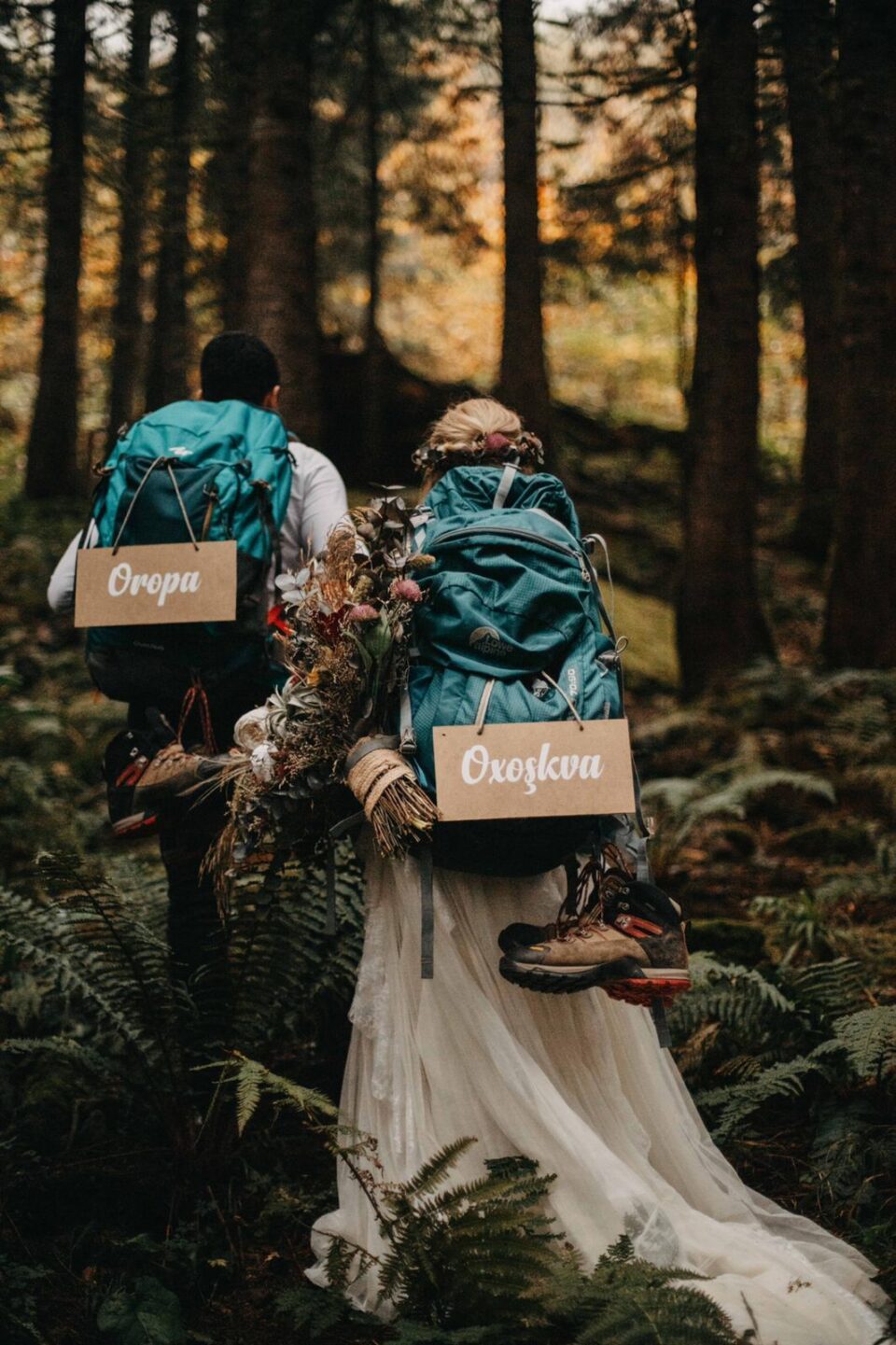 Love & Freedom is written in Lazuri on the hiking gear of this newlywed Lazi couple, 2019 © Sinan Serin

In Northern Europe, i.e. Sweden, Norway and Finnland up to the Russian peninsula of Kola, there are about 80,000 Sámi people. The Sámi are an Ural-Indigenous folk. They hold an official minority status in Sweden and therefore, have beneficial rights. Their culture, traditions and languages are protected by law. Following a past tax law Sámi people had to adapt their lives massively. They gave up their lives as coastal and forest families and started living off by reindeer herding. Even today, 10% of the Sámi of Sweden finance their life as reindeer herders. In the past, the Sámi even joined animal migrations but today they have a steady residency with an additional cottage in the mountains. Reindeer herding is regulated by law. This can lead to conflicts with the government sometimes. As of 1993 the Sámi have been allowed to set up their own parliament whose focus is the rights of Sámi people. To come to this point, the Sámi have had a long history of racism and abuses. For centuries, the Sámi have been massively oppressed by the Swedish church. As a consequence, part of the Sámi culture and religion has disappeared. Their traditional music called ‚Yoik‘ was forbidden. Today, Sámi musicians will combine Yoik with other genres such as pop, hip hop and rock. Famous celebrities include Maxida Märak, Sofia Jannok and Jon Henrik Fjällgren. 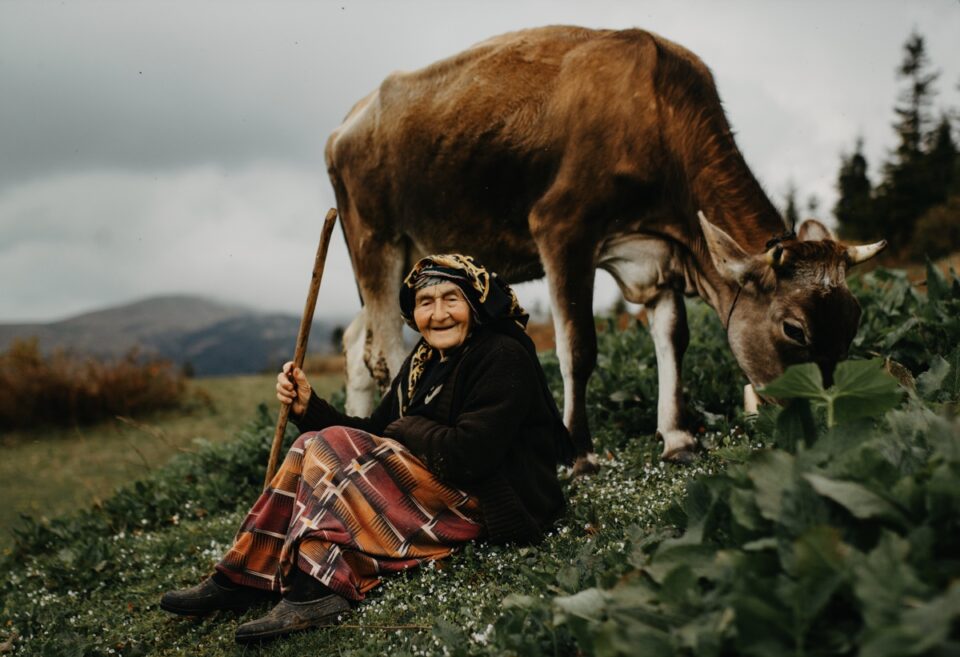 Mother of the Lazi photographer enjoying the nature of the mountains of her homeland Çamlıhemşin in Turkey’s city Rize, 2019 © Sinan Serin

“I don’t have a homeland, no distinct place. My home is the world.”. This quote is engraved beneath a statue of the Laz icon, poet and singer Kazım Koyuncu. The statue is located in Artvin, a city in the northeast of Turkey. Laz people are an indigenous-ethnic minority, whose language is endangered by extinction. In ancient times Laz people had their own kingdom under the name Lazistan or Kolchis. Lazistan stretches over today’s Georgia in Europe, Russia’s city Sochi as well as the Black Sea region of Turkey. Laz people speak Lazuri which is part of the southcausasian language family to which also Georgian, Mingrelian and Svan belong. In 1982 it was forbidden to teach minority languages at school in Turkey. 20 years later another law was issued allowing minority languages to be taught and learnt at school again. In 2013 a Laz Institution has been established. In cooperation with the ministry of education a curriculum for Lazuri classes for secondary school has been developed which is being revised every year. The number of Lazuri teachers is constantly increasing ever since. However, this is not enough to save the language from extinction. In 2001 there has been around 150,000 speakers of Lazuri in Turkey alone. Along the extinction of language, Laz culture is threatened with extinction due to migrational movements, as well. Many Laz people will move away from the mountains of Trabzon, Rize and Samsun to Istanbul for college. In addition, guest worker emigrations to Germany have been a numeric factor, too. There is a great number of Laz people in Germany. A missing variety of written sources of the language only adds up to the whole situation. Solely, the Laz cuisine has survived to a great extent. Popular dishes such as Malahto, Lu Pirinconi and Trakosti are widely enjoyed up to this day. 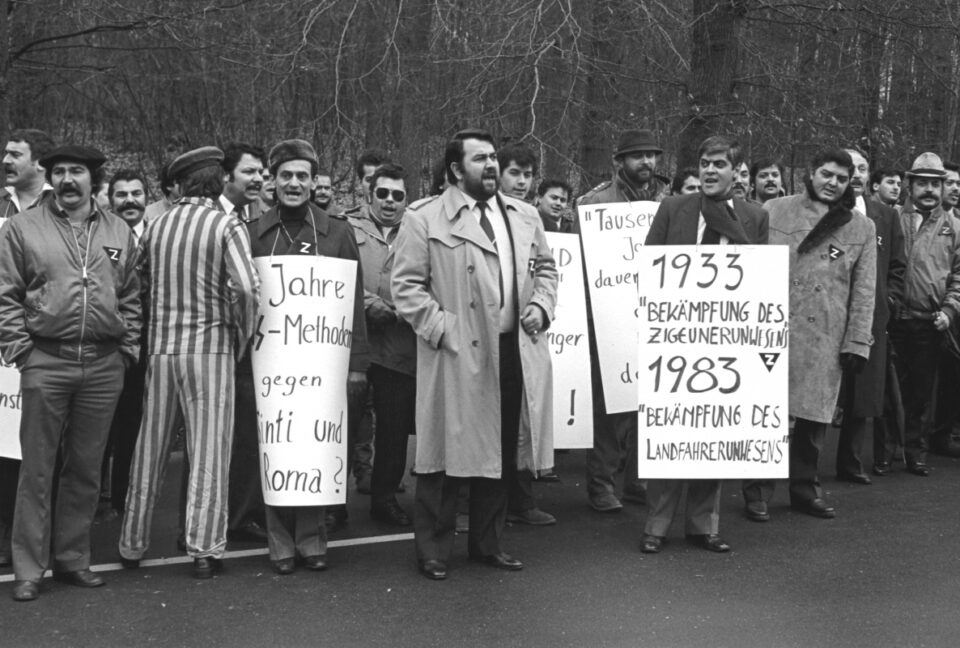 Demonstration of Sinti and Romani in front of the Federal Criminal Police Office in Wiesbaden, Germany, 1983 © Central Council of Romani in Germany

The Sinti and Romani

There is a number of english-speaking resources acknowledging Romani people as indigenous people. Romani people consist of a plethora of tribes or subgroups, one of which are the Sinti. According to the Roma National Congress (RNC) Romani is an umbrella term for all subgroups with their diverse traditions. The largest Romani group of Germany are the Sinti, which is the reason why in German discourses Sinti and Romani are named both together. Other subgroups of Europe include the Spanish Calé, the Hungarian Gabor as well as the Armenian Lom. Scholars have shown that Romani people have migrated 1,000 years ago from India and Pakistan to Persia, Asia Minor, the Balkans up to Europe and America. Romani people are not nomadic people. The major reasons for the migrational movements are political and economical because Romani have always faced expulsion and persecution. In eastern Europe Romani people have even been enslaved. In 1938 Germany, a department for tracking down criminal activity of ‘Gypsy’ was founded. A derogatory form of address for Romani people was deliberately used. Many Romani people have been murdered in concentration camps. Today, this is recognized as a genocide. The German federal state Schleswig-Holstein was the first to recognize Romani people as an ethnic minority in 2012. Romani people have a deep and long history that is diverse throughout the numerous subgroups. All of these subgroups share one collective experience: othering. Even today Romani people face discrimination and are still addressed by discriminatory labels. Fearing othering, many Romani people will not come out and expose their indigenous identity. Nevertheless, their language has widely survived even though there are not many written sources, too. Romani people speak Romanes, a language that holds roots in the ancient Indian language Sanskrit. Over time numerous dialects have evolved, such as the German Romanes or the Austrian Romanes-Vlax. There are several famous Romani singers world wide. German singer Drafi Deutscher, guitarist Jon Wood of the Rolling Stones, as well as comedian Charlie Chaplin. 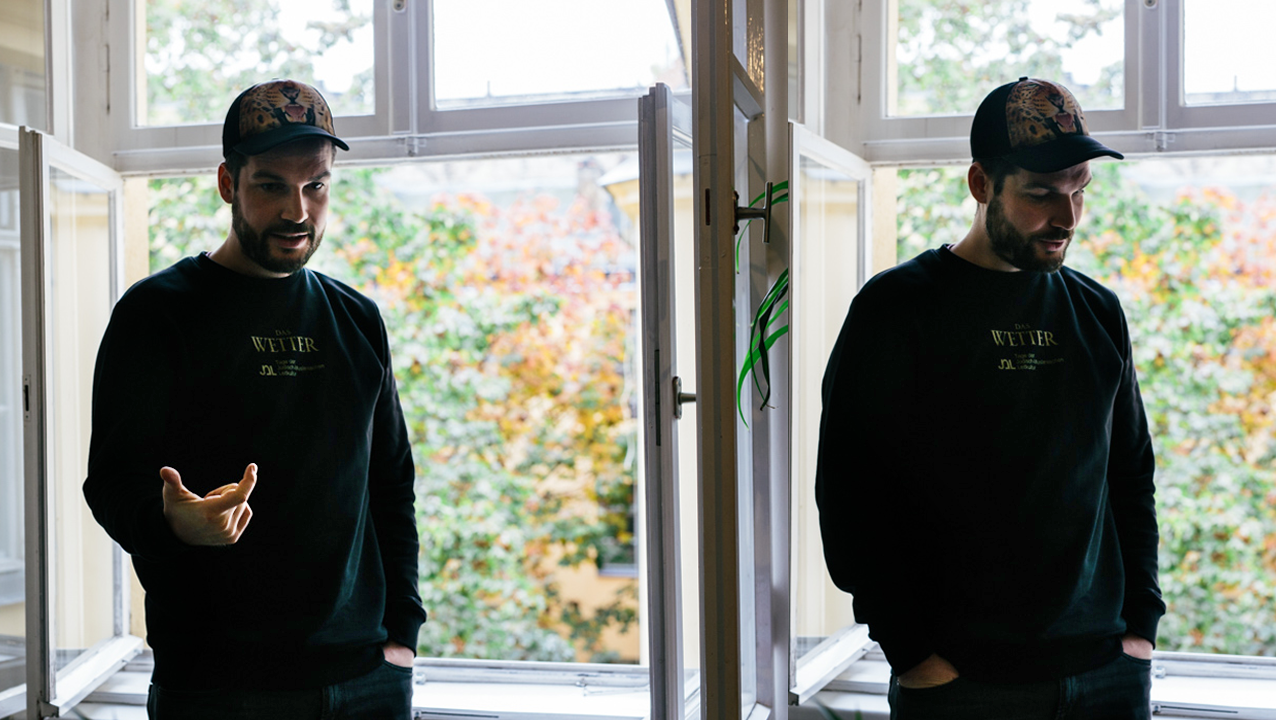 An Interview with Max Czollek