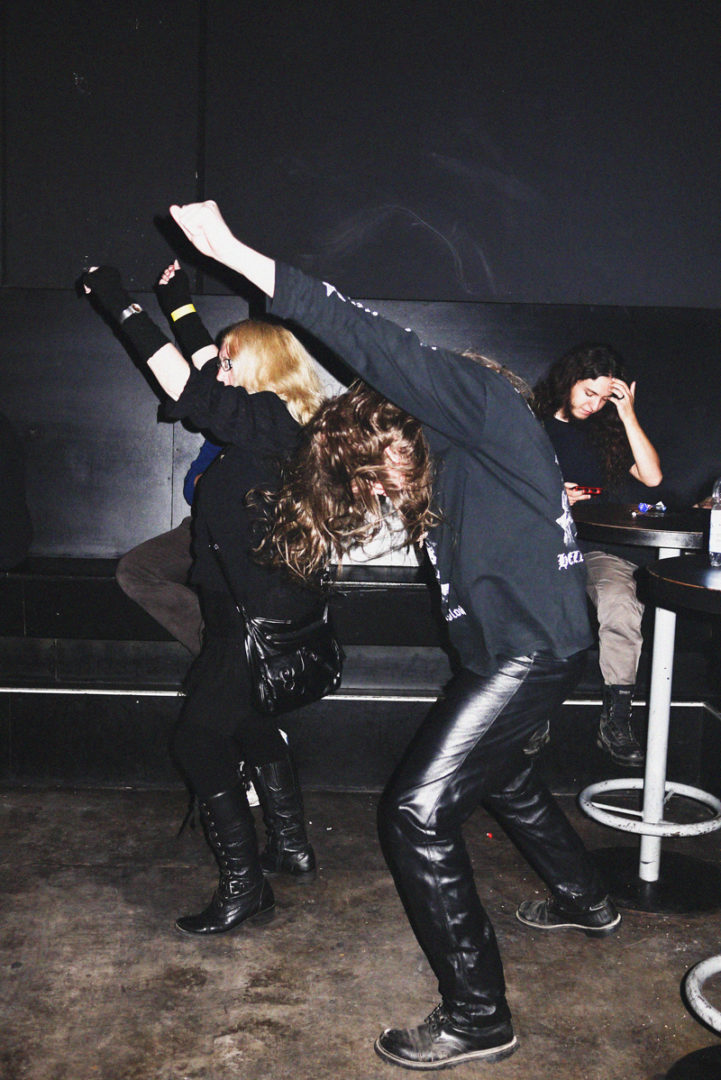 It’s an image set in stone: Turkish people only listen to Arabesk music. Seeing as renk. is all about breaking down clichés, I thought that the first Turkish Metal Battle Festival in Berlin would be the perfect place to make a start on dissolving these prejudices. Serkan Deniz and Erol Yıldız really raised the roof at the K17 club on Saturday. The following metal bands made an appearance:

Surprisingly, there were quite a few German fans rocking out with the unconventional Turkish metal lovers. One of my personal highlights was the mother and son who were headbanging next to each other right until the end. These metalheads really are the loveliest people! Polga came all the way from Dortmund to take a look for herself and capture it on camera for us. We’re already looking forward to the next one! Serkan, tell us where you got the idea to start a metal festival?

We were inspired by a performance by the Turkish bands Cenotaph and RavenWoods, who supported the German band Maat (whose style is known as Egypt metal) at K17 in December. The bands showed so much generosity and had made a lot of sacrifices to be able to play there. As we are passionate metalheads (yeah, kind of like Beavis and Butthead), we were immediately filled with courage – the kind that can only come from ignorance – and decided the next day that we wanted to organise a Turkish metal festival here in Berlin. It was actually Erol’s idea – he threatened to end our friendship if I didn’t join him! (laughs) This is the first Turkish metal festival outside of Turkey. Why has it taken so long?

Firstly, it’s got absolutely nothing to do with the quality of the Turkish bands. Quite the opposite – there are loads of bands in Turkey who can definitely keep up with European or American bands. In my opinion, it’s more to do with the fact that Turkish bands don’t perform in Central Europe very often. There are a few exceptions, like Moribund Oblivion or Soul Sacrifice, but otherwise there are very few Turkish people in Germany who are aware of the metal scene in Turkey. Another reason is that the potential hasn’t been recognized yet. Organisers might see it as a risk, as they can’t estimate whether they’ll make a profit due to all the prejudices surrounding the scene. There are so many people who can’t even imagine that metal exists in Turkey, let alone how good the bands are! Would anyone who isn’t Turkish turn up to watch? Are non-Turkish people prepared to listen to Turkish metal? And how many of the Turkish people in Germany even listen to metal? It’s also a question of money. The bands themselves often have to make large financial contributions towards their performances. So both bands and organisers tend to stumble at the money hurdle. On top of that, there’s bureaucracy – it can be a nightmare trying to fulfil the criteria for visas for the bands. Unfortunately they often have to rely on the generosity of the officials at the German Embassy or the Consulate General in Turkey.

Why are you doing it voluntarily?

We needed a cooperation partner to get the project off the ground in the first place. Joerg Schroeder (TRIPLE SIX CONCERTS and FOLTER RECORDS) has a lot of experience organising concerts and he’s also the proud owner of a small record label. He also takes on most of the financial responsibility. We thought, »We can’t demand the entry price that we would if we had Metallica here«. In that way, we’ve moved away from the pressure of making money. For us, it was just important to make this expensive private party a reality! (laughs).

Our main task is to act as pioneers. People should find out that Turkish musicians in Turkey can do more than Arabesk (which I do also love to listen to!) or gangster rap and mainstream pop. As well as working on the Turkish image, it’s important for us to give bands from Turkey a chance to prove themselves and get themselves heard. We depend on the fact that we communicate well over various channels, including the media. That means we can focus more on our aims, without the call of profits getting in the way. How did you develop your love for metal?

Personally, I started to listen to bands like Doro Pesch, Warlock, Scorpions, Whitesnake, Bonfire and so on when I was about 12 or 13. They first grabbed my attention with their ballads, so I bought their tapes, if anyone still knows what tapes are…(laughs) and then started to get used to the harder sounds. As time went on I discovered more extreme sounds like death metal or black metal. As the sheltered young man that I was, I liked the rebellious element and also the fact that it was scandalous. Meanwhile, I’ve come to the conclusion that for me, metal is an authentic form of music that is able to best express my feelings. It has an element of protest, it holds its head up high, and shows the middle finger to anything fake and anything that tries to restrict freedom. Metallers like to say that they are advocates of individual freedom. It’s debatable how true that really is. I must say, though, that its intensity means metal is often very similar to Turkish music – especially melodic black metal, which has a melodramatic quality that often reminds me of many Turkish songs. Plus, we metalheads are proud of listening to music that not everyone likes. Possibly something to do with a feeling of wanting to be something special? In any case, it’s a statement, a feeling, an attitude. What’s special about the bands that come to the festival?

All of the bands are well-established in Turkey. As this is the first time, we wanted to have bands that have an established reputation. The newcomers will get their chance next time.

Moribund Oblivion is the Turkish band that has performed abroad the most – one of the most successful and best-loved bands from Turkey. Probably the most successful band, they have the task of flying the flag for Turkish metal abroad. Their most recent album, Manevi, came out in May and received a lot of great feedback abroad! They have developed a certain recognisable style: They use softer tones but still retain their familiar sound and keep on developing further.

The Exile (pure black metal) is a sideline project of Bahadir Uludağlar, the singer from Moribund Oblivion. Pure black metal is a much more extreme, raw form of black metal.

Whisky have been performing for at least 20 years. I’d actually class them more as hard rock than metal: their music isn’t as raw as the other bands, but they still epitomize the metal attitude to life. They’re a great bunch of guys in their 40s and 50s and are very popular among the rock fans – legionaries of Turkish rock.

Suicide are also veterans of Turkish death metal. They are well known for their technically skilled death metal and they sing in English.

Our bands are all great! The festival is great! And if everyone in Berlin comes, then they’re great too!

What are the absolute essentials at a metal festival?

BEER! What else! (laughs) And metalheads who create a good atmosphere and don’t fall asleep. Some of the popular clichés, of course, are black clothes, studs, chains, leather trousers, boots, people with lots of tattoos and piercings, metalhead sisters who walk like they mean it, who know they’re cool and provide a feminine touch to balance out the tough-looking guys. But as I said, the most important thing is that there’s a good atmosphere. Anyone who wants to come is more than welcome! 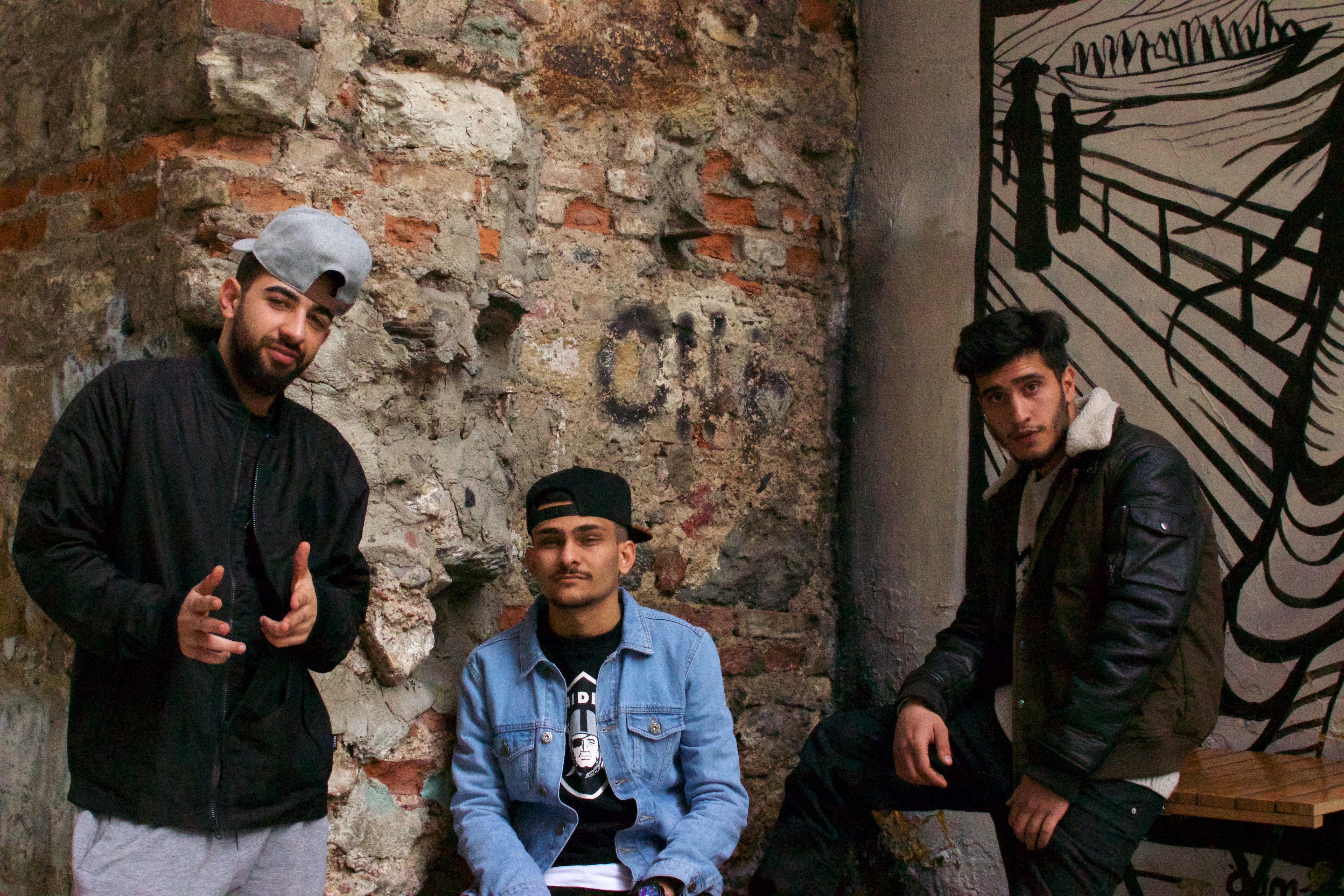