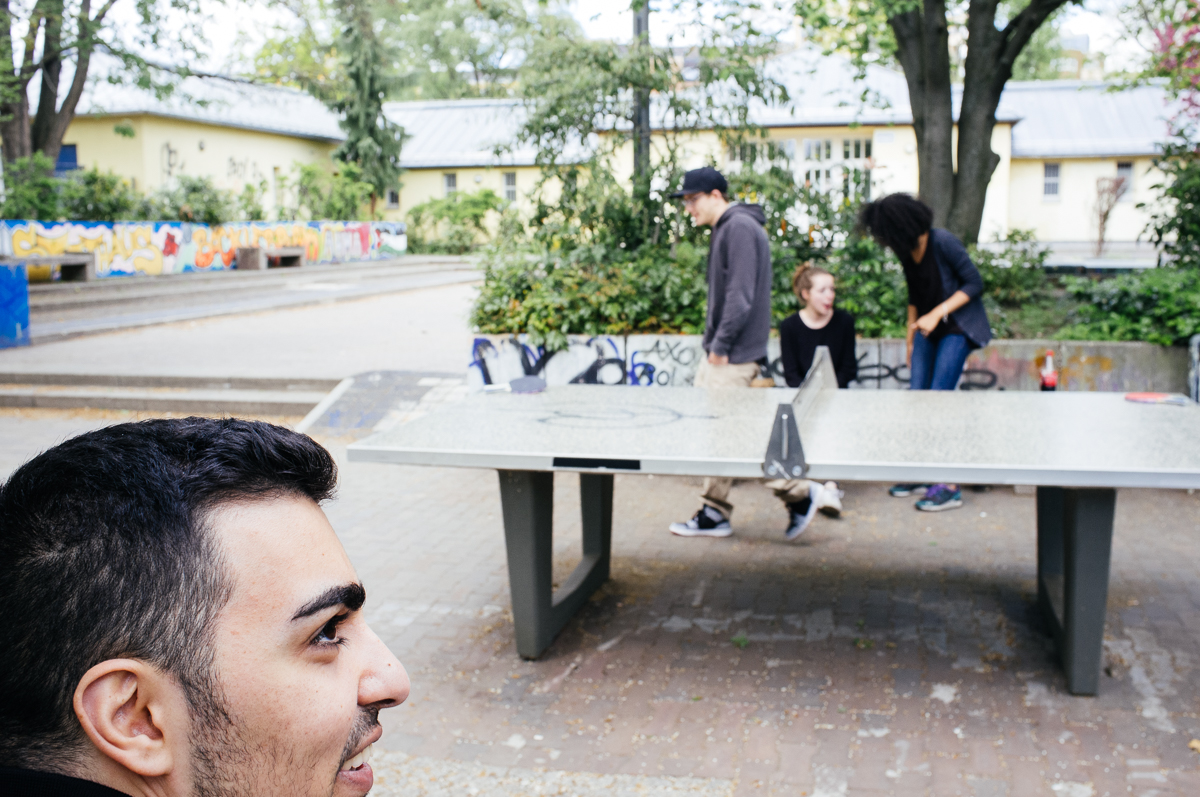 BRKN, whose real name is Andac Berkan Akbiyik, is a singer, rapper and producer. He’s settled down in his studio in the basement of a house in Kreuzberg. Just a floor above him is the kindergarten he used to go to. Studio Rules – *Keep everything neat and tidy *Quiet between twelve and two pm *No food or drink on the workbench *No alcohol *Smoking by the window behind the bar *only Windows closed when there’s loud music *NO Extran****s. Extra Rules: Rules By Brkn – Hands off his piano *Rules by Calle: Handle turntables with care and don’t set anything on them.

BRKN has been playing the piano and saxophone since he was six years old. At age 16 he began to produce his first mixtapes. After doing a BA in architecture, he decided to become a professional musician. He has worked as a producer for artists like K.I.Z., Said and Mach One, and recently went on an acoustic tour with Alligatoah. He is currently working on his first own album.

„That’s how it is, it’s music – you’ve got to be on the ball if you want to get anywhere“ Freshly made Yum Yum Noodles have spiced up more interviews than you can imagine. We saw the video for your single Yum Yum. Why is called Yum Yum?

I think at the time I was eating a lot of Yum Yum soup. No, I just always wanted to start a song with a nonsense phrase, something like: I grab the remote control and switch off. It ended up being: I pour boiling water over my Yum Yum Noodles.

Do you have any musical idols?

For me, Frank Ocean is the king of the world. Incredible! I don’t think I’ve ever heard one bad song by him. I think he’s a big influence on my music. Then there’s D’Angelo, what can I say? He’s really cool, cooler than Frank Ocean even. The first time I heard the album “Brown Sugar” it was just unbelievably sick! I’m working on my first own album. I have got eight sketches, so far, including some complete tracks, but some are just a beat with an idea or half a track. I want it to come out as soon as possible and I want it to be an album where all the songs are connected to each other somehow like through skits and interludes, and not just track after track. It’s got to have a certain sound, a color, a basic feeling. Each track has to be related to the others, it could almost be a play on a stage.

Are there any German rappers who impress you?

As a teenager, I used to listen to Aggro Berlin, Samy Deluxe and Savaş. But at some stage I started to turn away from them. I don’t just listen to rap but at that time I was onto an American thing. These days, there are people like SAID who I think are really good. Ok – I produced his stuff, so that might sound a bit odd. Mach 1 or K.I.Z. are also good. In my opinion K.I.Z. paved the way for all sorts of things. When nearly everyone was doing the gangster thing, they mixed things up. Newer rappers? I think SSIO is the sickest! That guy is smart; you can tell he’s not an idiot. How do you make your music?

Well, there is no fixed formula for me. As you can see with Yum Yum, a song can start with a more or less simple sentence in my head. But the song Glück (happiness – ed.) started out on the guitar. My mood influences my music. That’s music – you always have to be on the ball if you want to get anywhere. Can you survive doing just music?

Not yet, no. I currently have a part-time job at a publishing company, where I work two and a half days a week. And a bit of money already comes from making music, but we’ve just brought out our first CD and are investing a lot, mostly in PR or in the production of the album. But we are already well-positioned. Publisher, booking agency, PR agency, partners and management or videos: We’re running almost everything ourselves. You’ve been on tour with Alligatoah. How does it feel to make music in front of so many people?

Being somewhere new every night, getting to play in front of 300 or 400 people who want to listen to your music and party and then ask for autographs and buy CDs, it was the best feeling in the world.

The Alligatoah tour was extra-luxurious, you’re sleeping on the tour bus, then you arrive in the morning, have a huge breakfast buffet, then you chill, have lunch while the stage is set up, then comes the sound check, followed by the show, in the end there’s more food before you get back on the bus, and all that for seven whole days. A lovely, carefree time! A big hello to everyone who made it possible. Thank you! 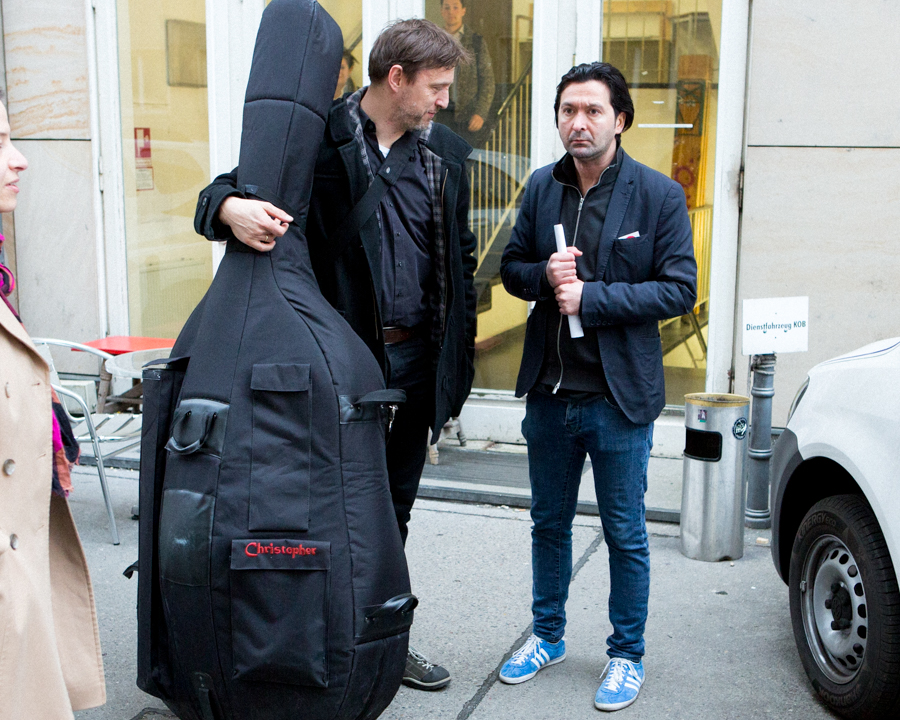 Selam Opera – How Turks Learned to Love the Opera