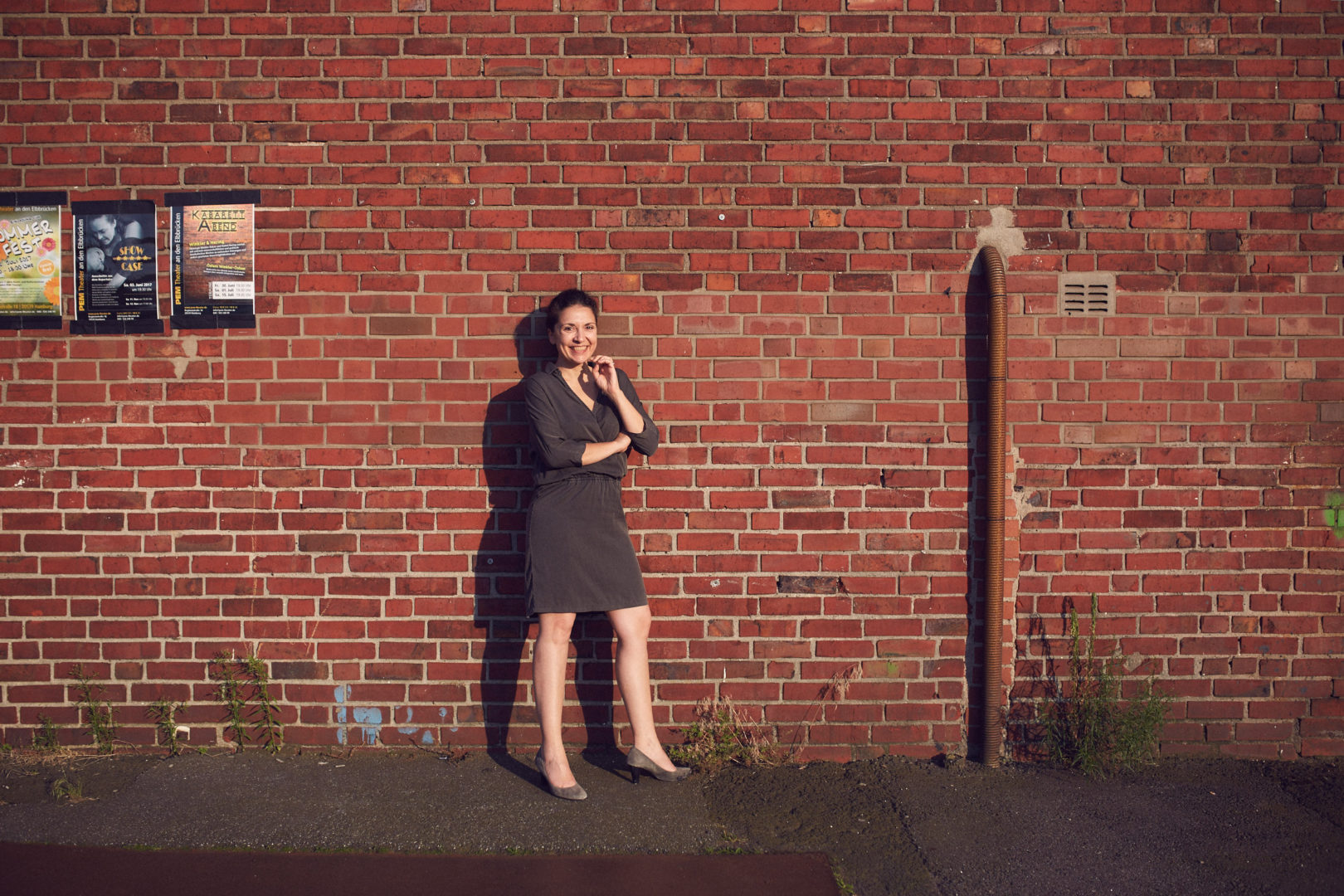 Once a Migrant, Always a Migrant

“Do you feel more German or Turkish?” Perhaps you’ve been asked this question before. Or have you yourself asked someone? Özlem Winkler-Özkan could sing a song about it. We met with the charming actress and singer in Hamburg in an old warehouse and talked to her about her work at an arts centre, her band and prejudice and identity. 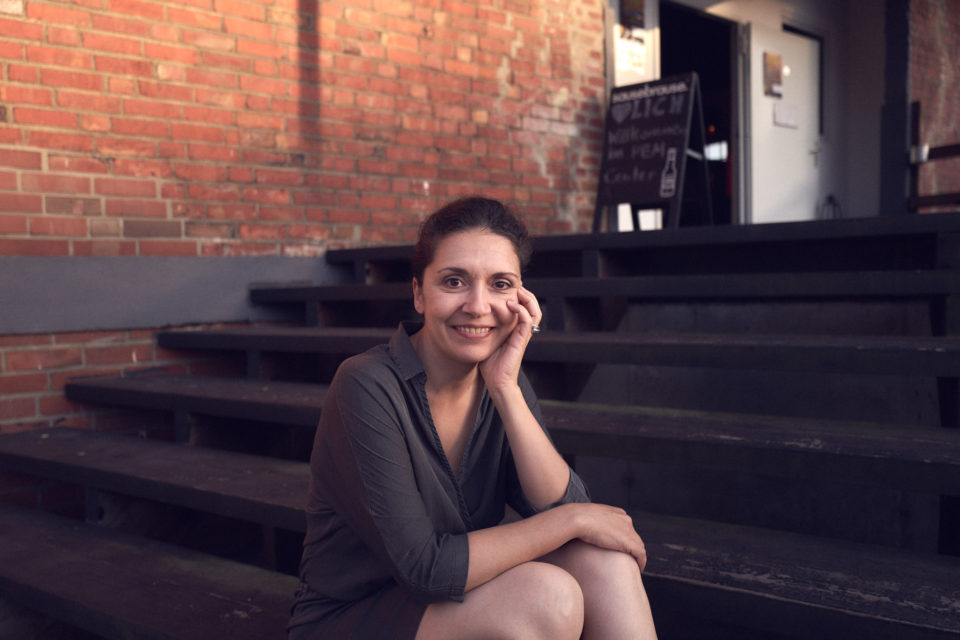 Özlem, you are the director of the PEM Centre, an arts centre for emotional education, which is based on the Perdekamp Emotional Method. What can we expect when using this method?

The Perdekamp Emotional Method comes from theatre education. The method was developed by the actor and director Stephan Perdekamp, ​​who was my teacher when I was training in drama 23 years ago. This method is mainly concerned with controlling emotions. It is possible to direct emotions very specifically and make them almost physically tangible. It is a very specific way of creating theatre, telling stories and making music, and it can be very touching. Even during my training, I already knew that this was something I wanted to pursue, because I liked playing with emotions in the authentic sense. In other countries like Turkey, New Zealand, Australia or England, this method is very popular at universities and drama schools. It’s only in Germany that the method is so unheard of. I think this is a real shame because, in my opinion, this method deserves more attention. People with autism learn how to deal with stressful situations better and those who struggle with emotions are ultimately better off because they learn to control their emotions themselves. 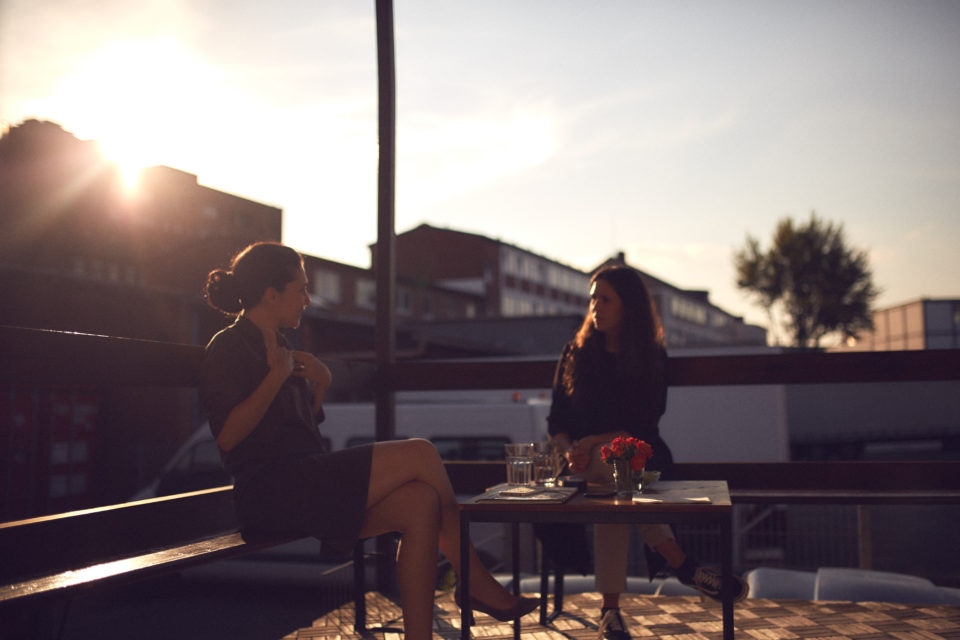 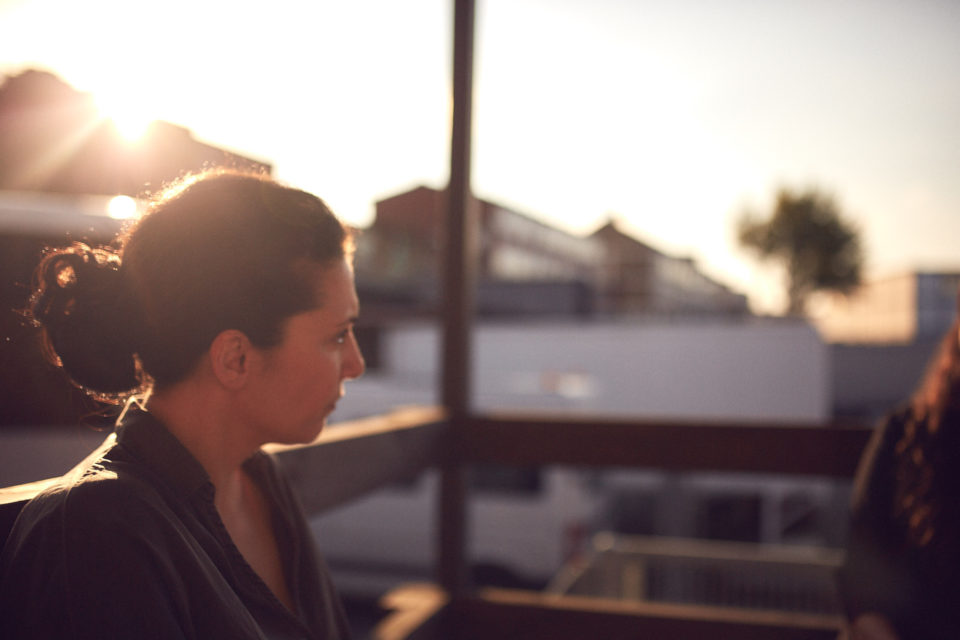 In addition to your work as an actress and director of the PEM Centre, you also have a band called “Migrationshintergrund” (Migration Background). Why this name?

My parents came to Germany from Turkey in 1969. I was born in 1974 in Germany. Back then you were labelled a “guest worker’s child”. Over time you became a foreigner, today you have a “migration background”. I have always hoped that a time will come when there is a term that does not bring my ancestors into my present or future. I believe our children and even their children will never get rid of this label. None of them will really be German. Once a migrant, always a migrant. And then I thought to myself that maybe I should make a bit of a joke out of it. The very first song I wrote and composed was called “Migrationshintergrund”. And so my band ended up with the same name.

My German listeners seem to find it interesting to hear about the past experiences of those with a migrant background and what we still experience today. So in this way my work has already begun to encourage integration.

What are your songs about?

My lyrics are very subjective. They deal with stories that I have personally experienced. So it is true that they are stories about my personal experience, but despite this they still hold a universal truth.

Have you ever experienced everyday racism or been confronted with prejudice?

A counter-question: Has anyone not?! (laughs) There are infinite stories you can tell. One example would be the discussion of your origin. If you are asked, the answer “from North Rhine Westphalia” is not enough. Your name or how you look is not “German” enough for that. Of course people don’t mean any harm. They are just interested. But I don’t want my ancestors brought into my present. I want to write my own story here. I think it’s such a burden because we’re not talking about countries that are necessarily considered “cool”. Coming from France or the US is “cool”. But the fact your parents came to Germany to flee from poverty and to earn some money – that’s not so “cool”. 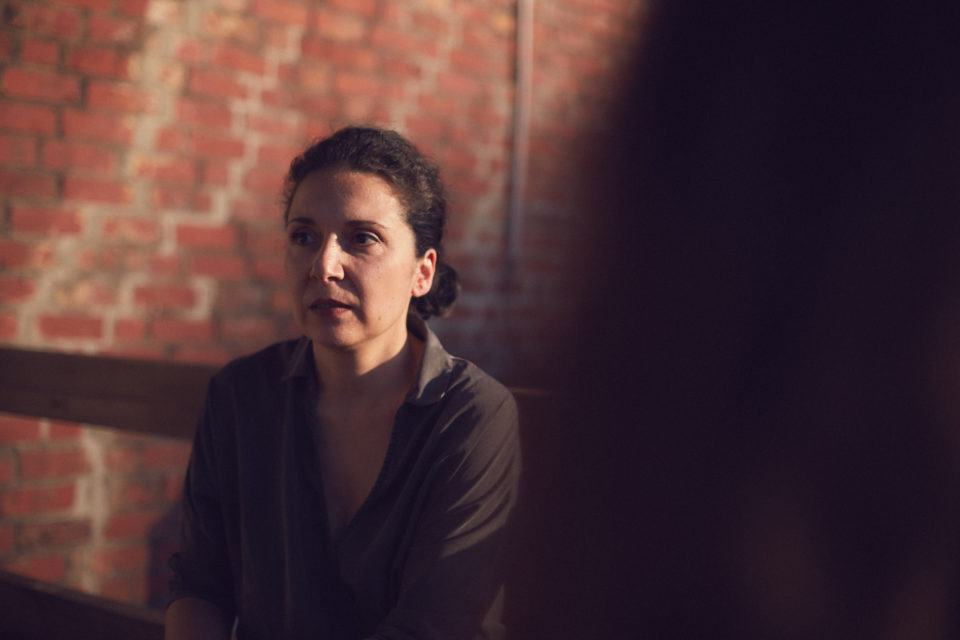 What do you want to convey to people listening to your music?

I want to convey that they are not alone in their experiences, or the things they have seen. That all of us have had similar experiences. Actually, my songs were intended for people who had a migration backround, but the audience has expanded.

If someone were to ask you about your identity, what would you reply?

I’ve written a song about that (sings): “To be normal for once, to be ordinary for once, to be infinitely small. Why do you not know your identity…” – that’s how it is. In other words, I would simply like to live my life without constantly being reminded of why my parents came to Germany or why I happened to be born here. At the same time, I cannot deny that the search for my roots appeals to me, wherever they might be. The language you spoke as a child, the summer holidays with your family in Turkey: Of course they leave a certain impression on you that you cannot escape even as an adult. Obviously your experiences as a child have a strong impact on you. I don’t know – sometimes I like to say cosmopolitan. 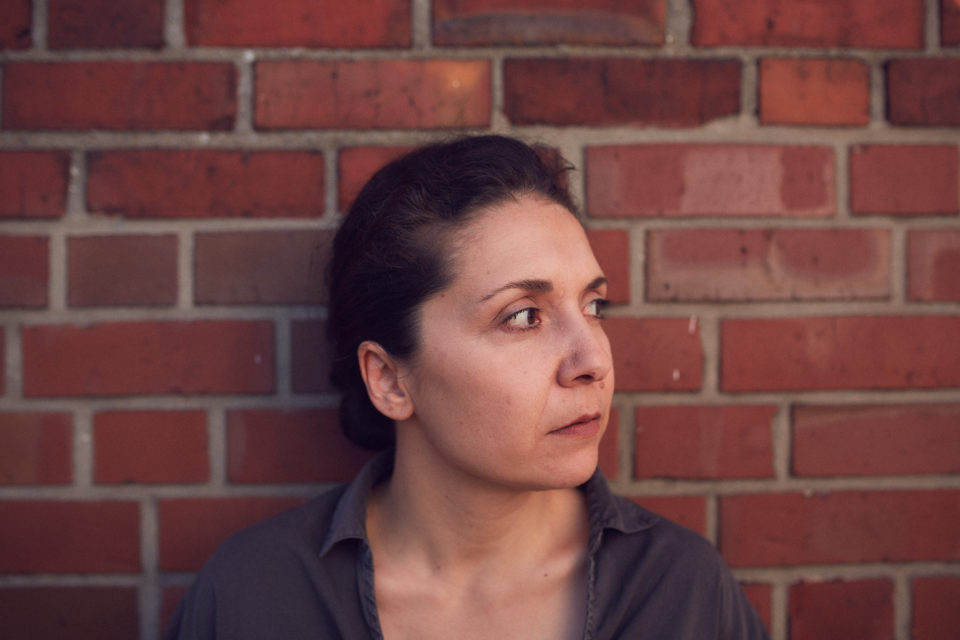 What is your opinion of the political situation in Turkey?

This is a difficult issue. It’s difficult because I don’t want to alienate anyone. I know people who vote for a party that makes me want to beat myself over the head. And then there are people who agree with me. However, I love both groups, regardless of the party they support. The worst thing is that people do not love each other anymore. There are even family members who have fallen out over which party they support. That’s messed up! For me personally, it is much more interesting to analyse and try to understand the reasons for people’s behaviour or thought. In my opinion, there is always a reason to do that. 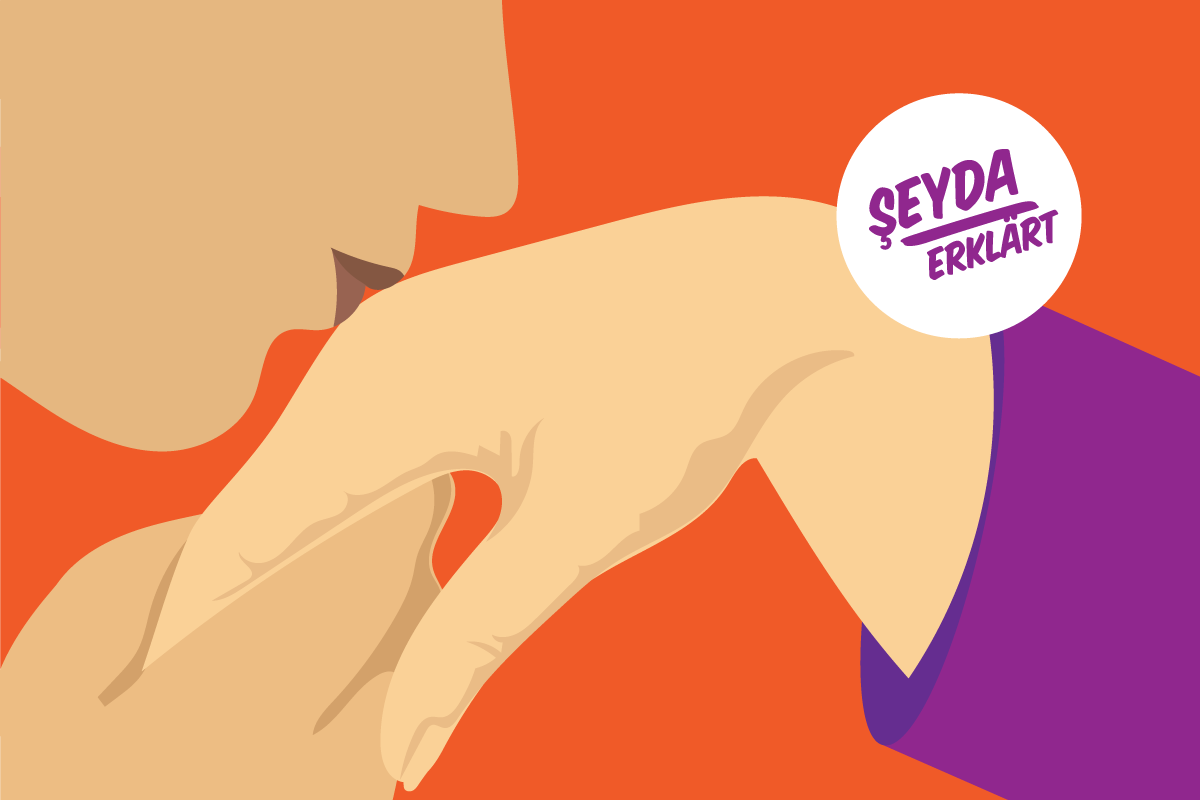