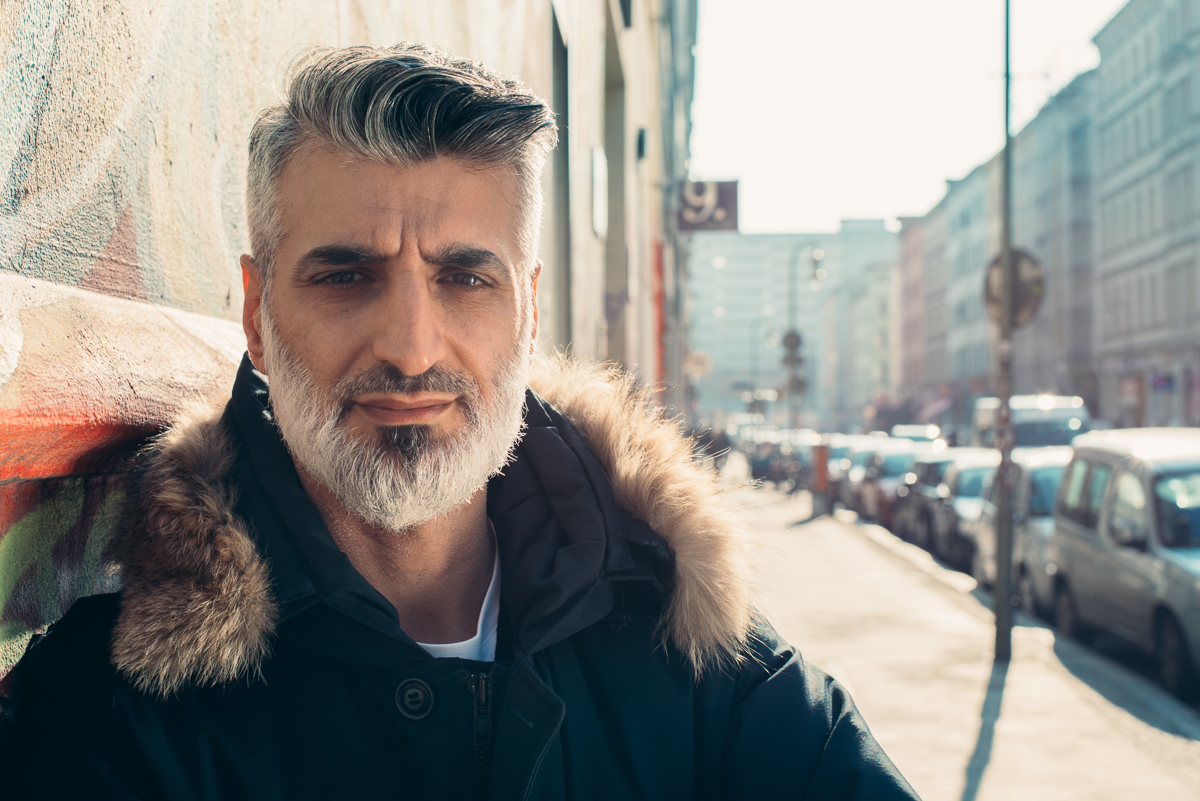 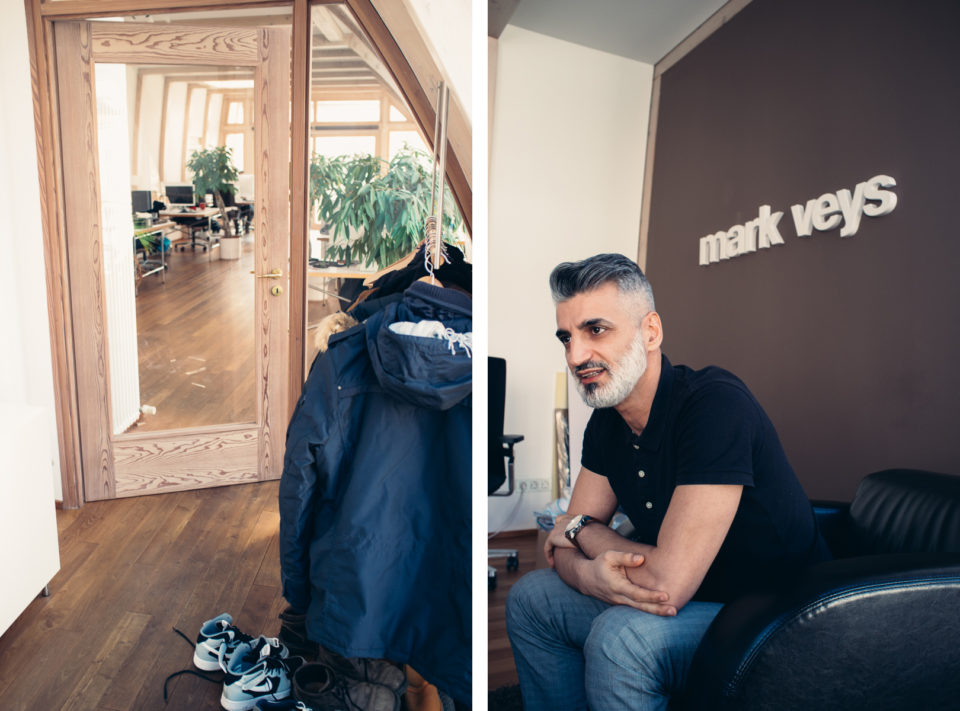 After New York, Berlin is the Mecca of graffiti. The splashes of colour between the gray blocks of flats are not just statements made by individual graffiti artists; they also stand for a vibrant subculture.
We visited Amok One, one of the pioneers of graffiti art, in his graphic design agency in Berlin-Mitte. Veysel Önder, as Amok One is really called, was a crucial part of the Berlin graffiti scene in the 80s and his work has decisively influenced many generations of artists.

Veysel, were you born in Berlin?

I moved to Berlin when I was twelve. My father was a typical Turkish guest worker hoping to build a nest egg in Germany, after having lost everything in an earthquake in Turkey. He was only going to stay for two years, but that turned into eleven and so the rest of the family from Turkey joined him in 1982.

How did you get into graffiti?
Not long after that, in the mid-80s, the first wave of hip-hop reached West Berlin. Movies from the USA had a strong influence on the local youth groups. I started off breakdancing Then, I discovered graffiti. We didn’t really have any access to the scene at that stage, and it was hard to find sources of inspiration. A friend of mine brought back photographs from New York – the graffiti and pictures from the New York subway were fascinating! We studied lettering, we got as much background information as we could, we taught ourselves this art form from scratch and eventually, we were able to create our own hand style. Why do you call yourself »Amok«?
Back then, we all painted legally. People knew us, so we couldn’t use the same tags in public. We’d have been caught. So I needed a new name. A friend suggested Amok. I liked the name, especially because it still makes sense when you read it backwards: Coma is my public name. 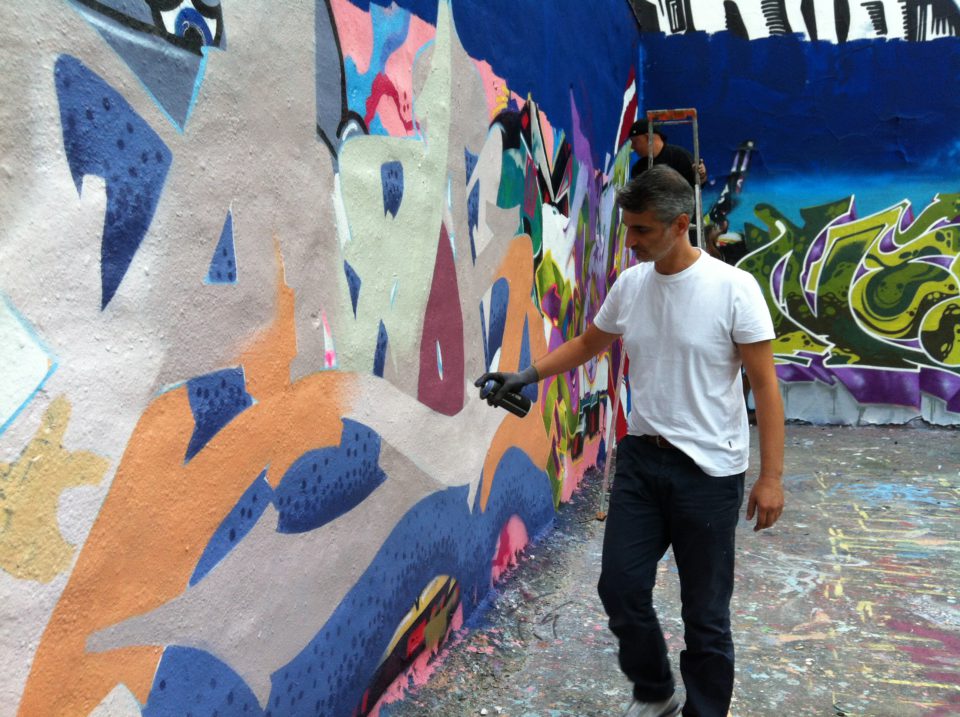 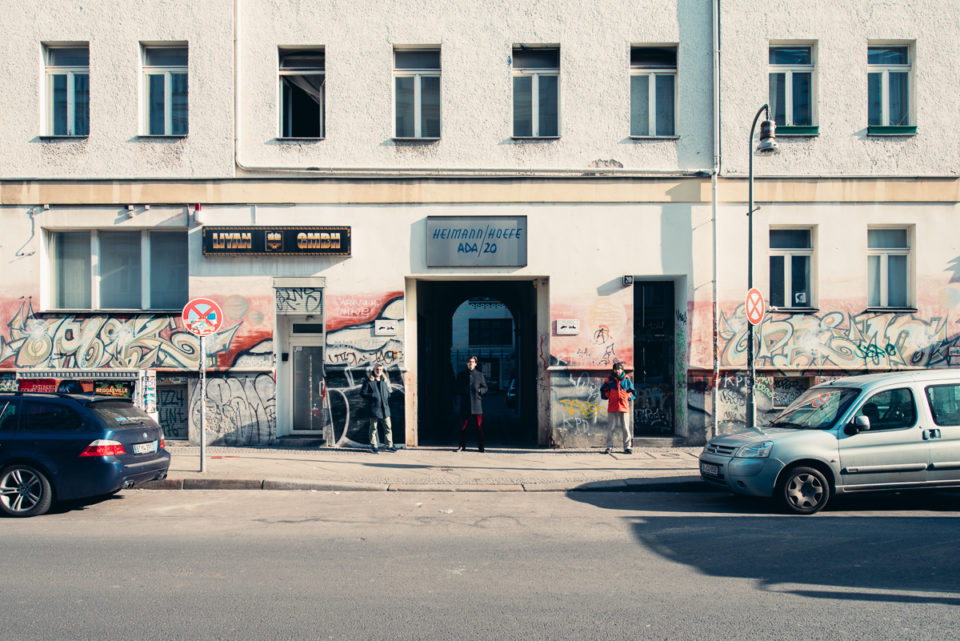 „From here to Fame“

To start with, I couldn’t paint very often because the cans were too expensive. I wasn’t going to start stealing, so I painted whenever friends shared their cans with me.

Things changed completely when I met Adrian (publisher of the legendary graffiti magazine »Backjumps« – on the right). We started to get commissions. We wanted money for our work, but we didn’t get any. Instead we were given more paints than we needed and got to keep what was left over. 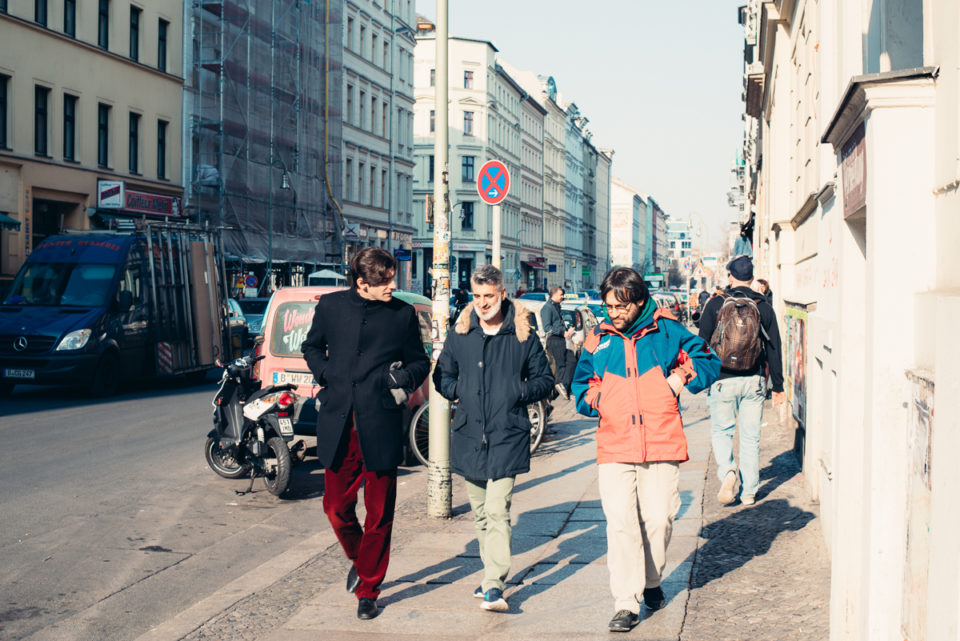 Were there graffiti crews at that stage?

The first films from the United States, such as »Colors«, had an immense impact on the Berlin scene. Many ethnic minorities in Berlin started imitating New York gangs. Soon, the first groups were competing with each other.

»My name’s Jürgen, but people call me Face«

At the same time, graffiti was taking off in schools and suddenly a whole youth movement created its own zeitgeist. People started saying things like: »My name is Jürgen, but people call me Face.«

Most of the Berlin artists were in line with Amsterdam and Paris. But I was very inspired by New York’s wildstyle. I always loved classic graffiti. 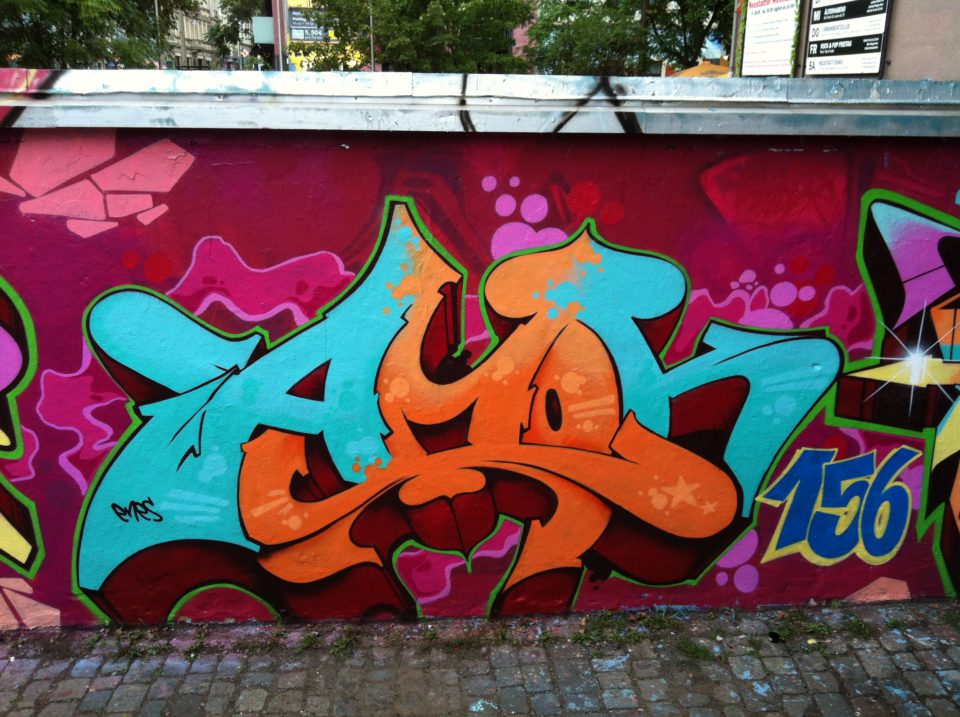 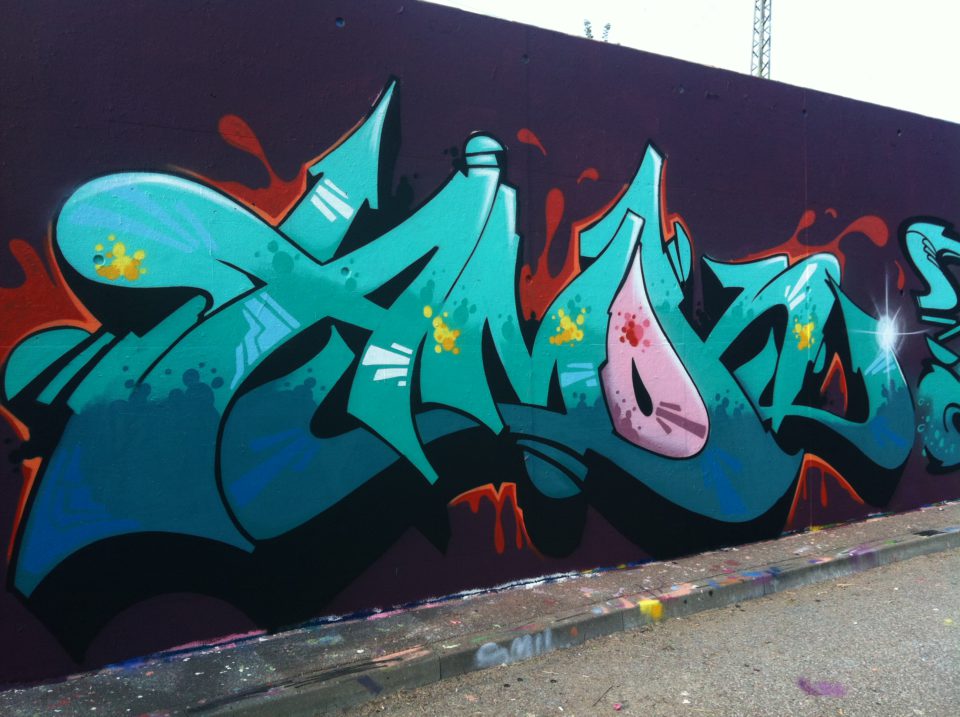 Shortly afterwards, wildstyle reached Berlin. By that time, I had developed my own style – and a lot of people started copying wildstyle and my writing.
In the mid-90s, the first affordable computers came on the market. Suddenly, everything that had taken a huge effort to paint on walls or a canvas, could be done on a screen. I got myself a computer and spent night after night learning how to use the drawing programs. Especially as websites were in great demand and getting more popular as the Internet spread. We were self-taught and involved in digital development from day one. 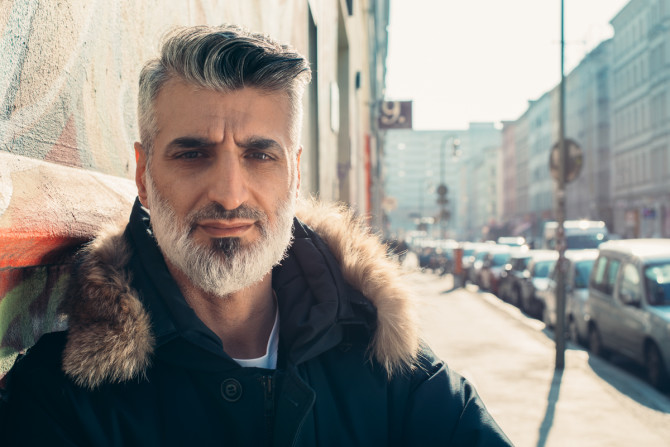 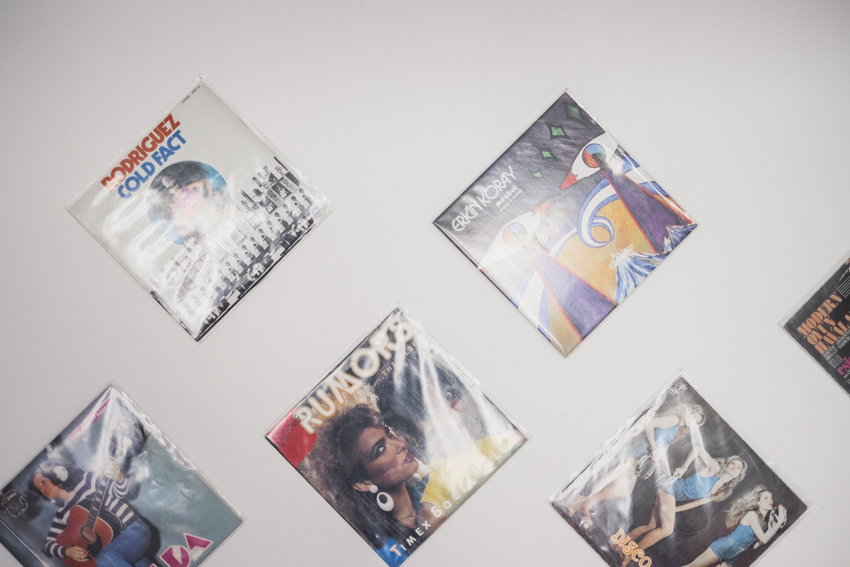 Not just lining up one piece after another