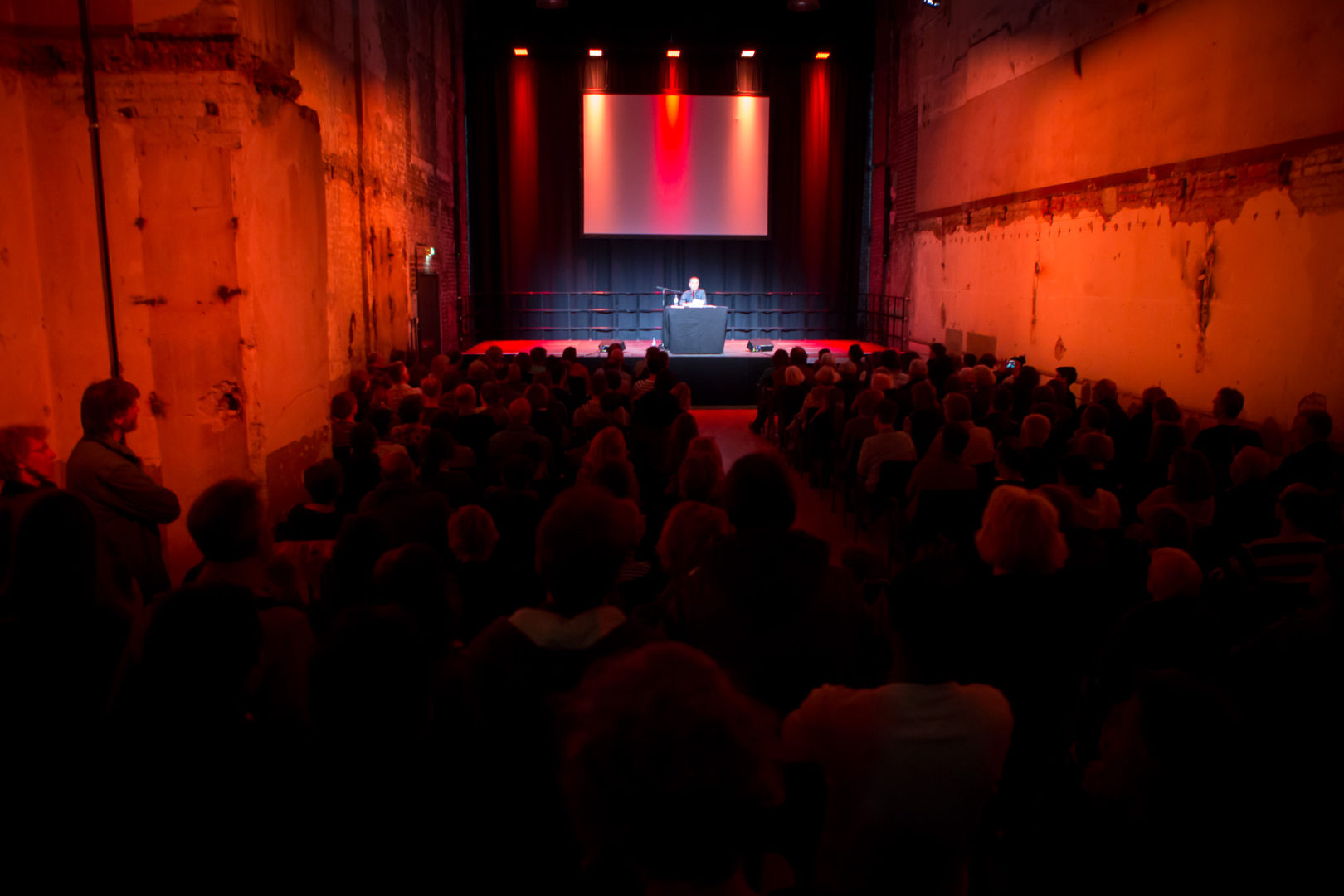 Ahead of His Time

No one can zero in on the cultural problems in German-Turkish daily life like Osman Engin. Born near Izmir, the writer came to Germany aged twelve in 1973 and began writing short stories for a city magazine in Bremen ten years later. He was way ahead of his time – back then, integration was a foreign word in Germany. No one worried about right-wing radicalism – Turks were just guest workers after all and there was no such thing as a German-Turkish artist.

However, beginning with his first satire collection in 1985, Engin caricaturised social topics that today set off hot debates. Later on, works such as “Kanaken-Gandhi” and “Getürkte Weihnacht” followed. Daily newspapers such as the Frankfurter Rundschau and die taz also printed his stories because Engin never took sides. Whether it’s a hot-blooded Anatolian or a rule-crazed German, everyone gets what’s coming to them.

And that’s not all: Engin, who has a diploma in social pedagogy, also makes trouble on the radio: On Funkhaus Europa, he makes listeners laugh in his “Daily Life in the Ottoman Empire” program. He even won the ARD media prize for it in 2006.

Mr Engin, how dangerous is it to be a satirist in these times of nationwide hysteria? Do you even leave the house?

In Bremen things are relatively quiet. Although some of the scenes in my current novel “Germany alone at home” actually happened just the way I wrote them. For example, the scene at night with a skinhead at McDonalds. A worker told me about it so that I would write about it. One night a bald-shaved typical skinhead came in and started shouting “I want the n****r to serve me!” I want the n****r to cook! I want the n****r to bring it to me”, all the while meaning the worker from Africa. However, in the end, the story took a completely unexpected turn. I won’t say any more, it’s all in the book.

What do you believe satire can do and where are its limits?

Satire should shed light on sore points in society. My job is to draw attention to critical topics through laughter. In doing so, I confront my listeners and readers with things that they weren’t aware of beforehand. Everyone else can talk about thing seriously. I prefer to deal with things through humour.

More often than not, your books deal with the conflict-laden daily life of Turkish families in Germany. Are these countries and cultures really so different?

Of course there are many similarities. But there are also many differences we can laugh about. That’s what I talk about in my stories. I describe the difficulties a Turkish family has to struggle with here, but also how Germans wonder about the Turks’ idiosyncrasies. It always leads to funny situations. We notice society and politics drifting apart in both Turkey and Germany. Which country do you worry about more?

I obviously worry more about Turkey at the moment. Especially in recent times. In Germany we have a great, stable democracy, which still has to be defended every day.

The relationship between the countries is also tense…

It’s a shame that some politicians want to use the situation for their personal goals and incite people against one another. That goes for the Turkish as well as the German side.

You came to Germany in 1973. What was your first impression of Germany?

I was amazed by how green and orderly everything is here. When you come from Turkey, you notice that immediately. Especially if you come in the summer. In Turkey, the heat makes it difficult for plants. Sometimes even I dry out there if I forget to drink enough water.

Even then you were writing stories and poems. When did you begin writing your texts in German?

I don’t really know anymore. But when I was 22, my first short stories were published in German. Back then I was in the middle of my studies. After a short while I realised that translation is not conducive to satire. Poems and satire are difficult to translate. Much is lost. So I started to simply write in German.

Can people buy your books in Turkey?

Three of my books were translated into Turkish. However, two of them were so poorly translated that I was against them being published. As I said, translating satire is an art in itself. You have to know both countries very well. The way of life, the sayings, the way people interact with one another. The short story compilation “Dütschlünd, Dütschlünd übür Üllüs“ was translated by two translators who live in Germany as “El aman, el aman, en yaman Alaman”, that was ok.

Your texts are often printed in school books all across Europe so that children learn something about the problems migrants face.

Yes! It is important to me that pupils are made aware of such topics at an early age. And you can grab their interest with jokes and irony. Aside from that, I am a sponsor at ten schools for “Schools without Racism – Schools with Courage.” It’s a network of schools which fight against discrimination and support peaceful cooperation amongst children and youths. I‘ve just returned from visiting a school in Emden, which has received the title. I also often read in schools and am always excited to discuss issues with the students.

There’s a final question I must ask, as you’ll know best: Will Germans and Turks ever get on with each other again?

On a personal level, they’ve been doing just that for the past 50 years. 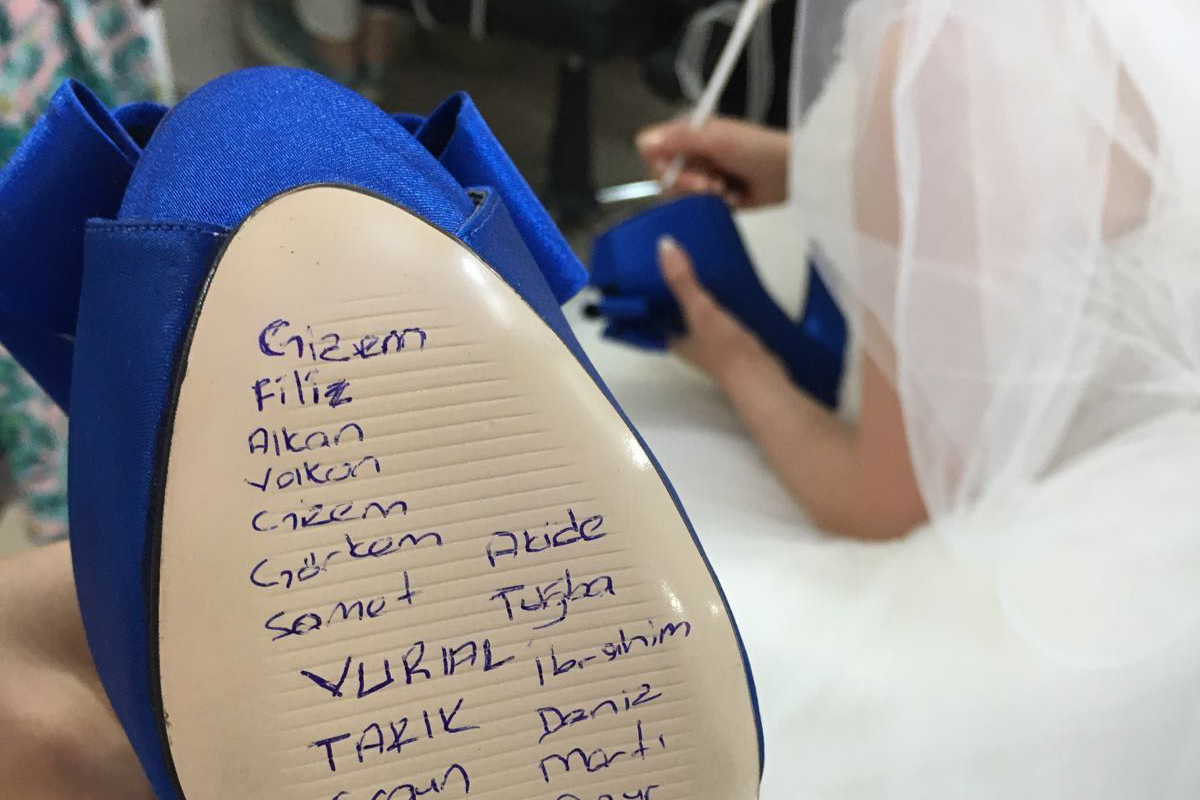 A wedding? It’s about time!