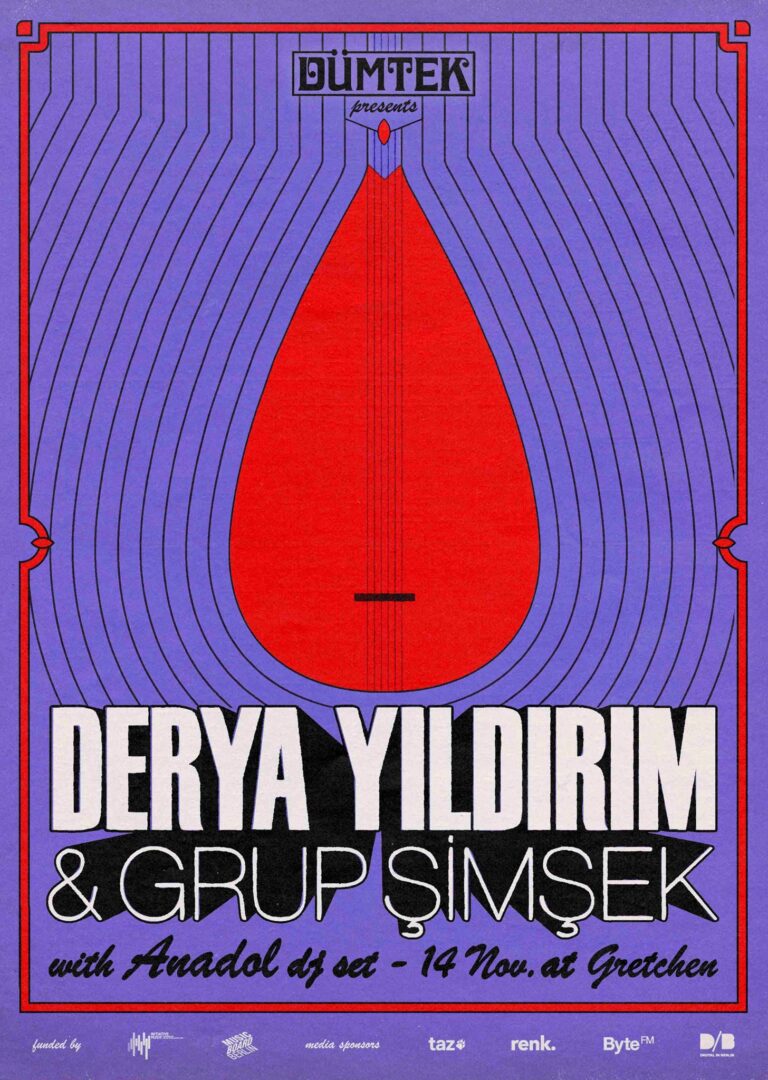 Anatolian psych-pop sensation and renk. friends Derya Yıldırım & Grup Şimşek return to Berlin with their debut feature album Kar Yağar! Over the course of 12 tracks, the powerful sound of the bağlama (Turkish lute) and Derya Yıldırım’s stunning vocals, build and unravel stories together with the guitars, organs, drums, flute and bass.

Kar Yağar (‚Snow Falls‘) has the dynamics of an epic journey through the Anatolian highlands; where deep-rooted folk effortlessly switches to sparkly improvisation or dancy pop tracks. The album was self produced at their studio in the French Alps, and the band’s tour de force resides in their ability to develop their personal sound and approach whilst keeping their hearts tuned to Derya Yıldırım’s Anatolian roots.

Anadol will be warming up the vibe of the night with psychedelic folk, folk and progressive rarities from our planet. 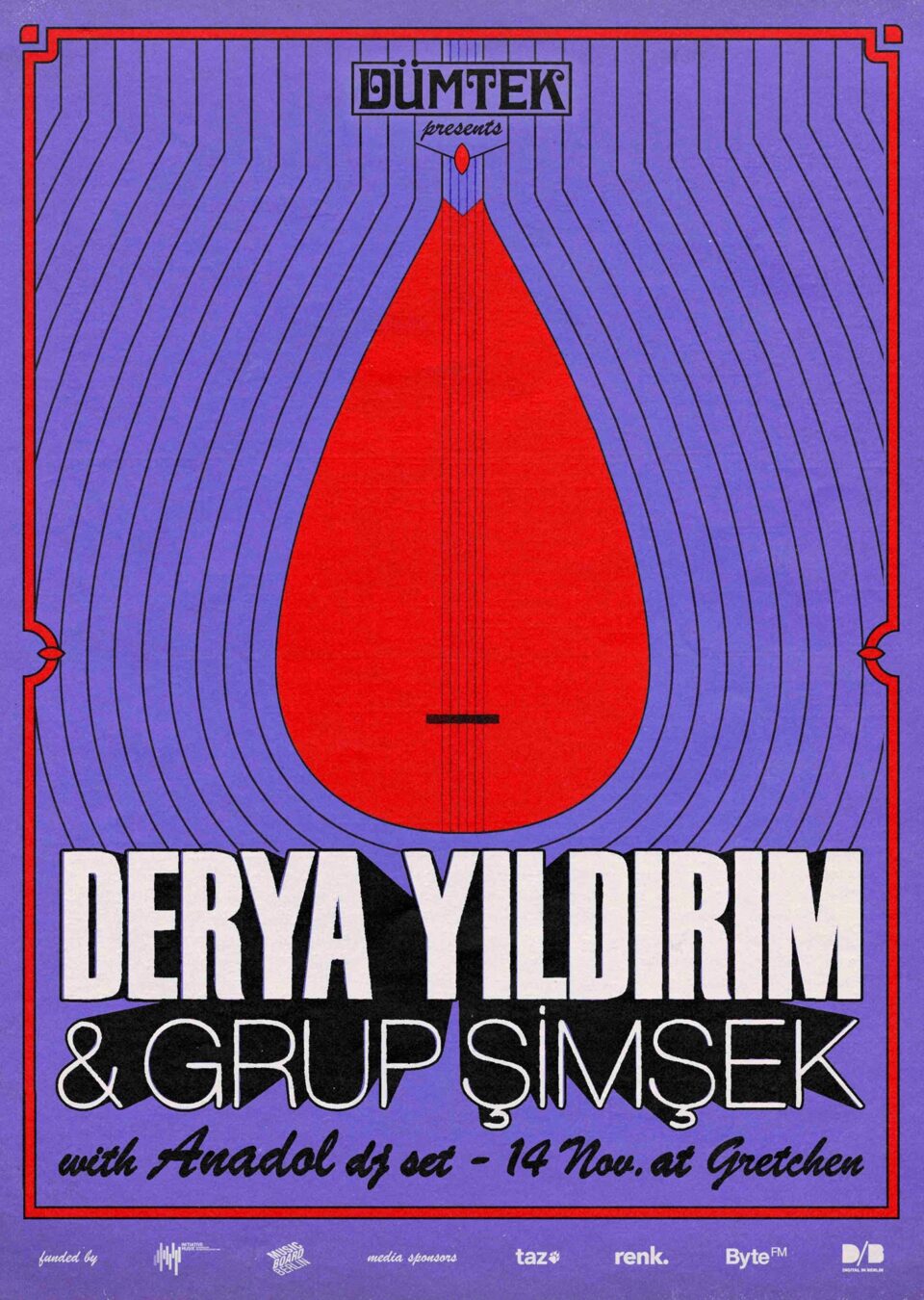 Derya Yıldırım & Grup Şimşek is a fresh and modern super-quintet which performs an electrified and highly danceable set of Turkish music led by Derya Yıldırım’s hypnotizing Saz and vocals. It combines Anatolian Folk and modern grooves, often contaminated by hints of Psychedelia, Jazz and Funk. Their new debut feature album Kar Yağar marvelously blends a mixture of influences and genres, from Anatolian roots music and 70’s jazz to early prog rock. Find out more about their melange of psych, pop and poetics in our interview or review of the album.

Anadol represents Gözen Atila’s liberation from a rather academic approach to electronic composition which she pursued during her music technology studies in Istanbul. As a producer of radio plays and an expert field recording artist she has developed a distinct sense of timing, editing and sound design. Her Anadol project walks in the footsteps of lone synth experimentalists like Bruce Haack and The Space Lady with their childlike curiosity for electronic sounds, pushing the boundaries of minimal equipment. Curious? See and listen to her hilarious hommage to Turkish men world to get an impression.

Dümtek is a Berlin-based collective organizing music-focused events designed to challenge stereotypical and orientalist representations of Anatolian and Middle Eastern music culture. Dümtek was conceived as a means of creating new spaces for underrepresented artists from Turkey and the Middle East, focusing on those who leverage music as a form of resistance and a means of questioning existing power structures in society.

Tickets are available here or at the door.

Dümtek events in 2019 are co-funded by Musicboard Berlin and Initiative Musik.